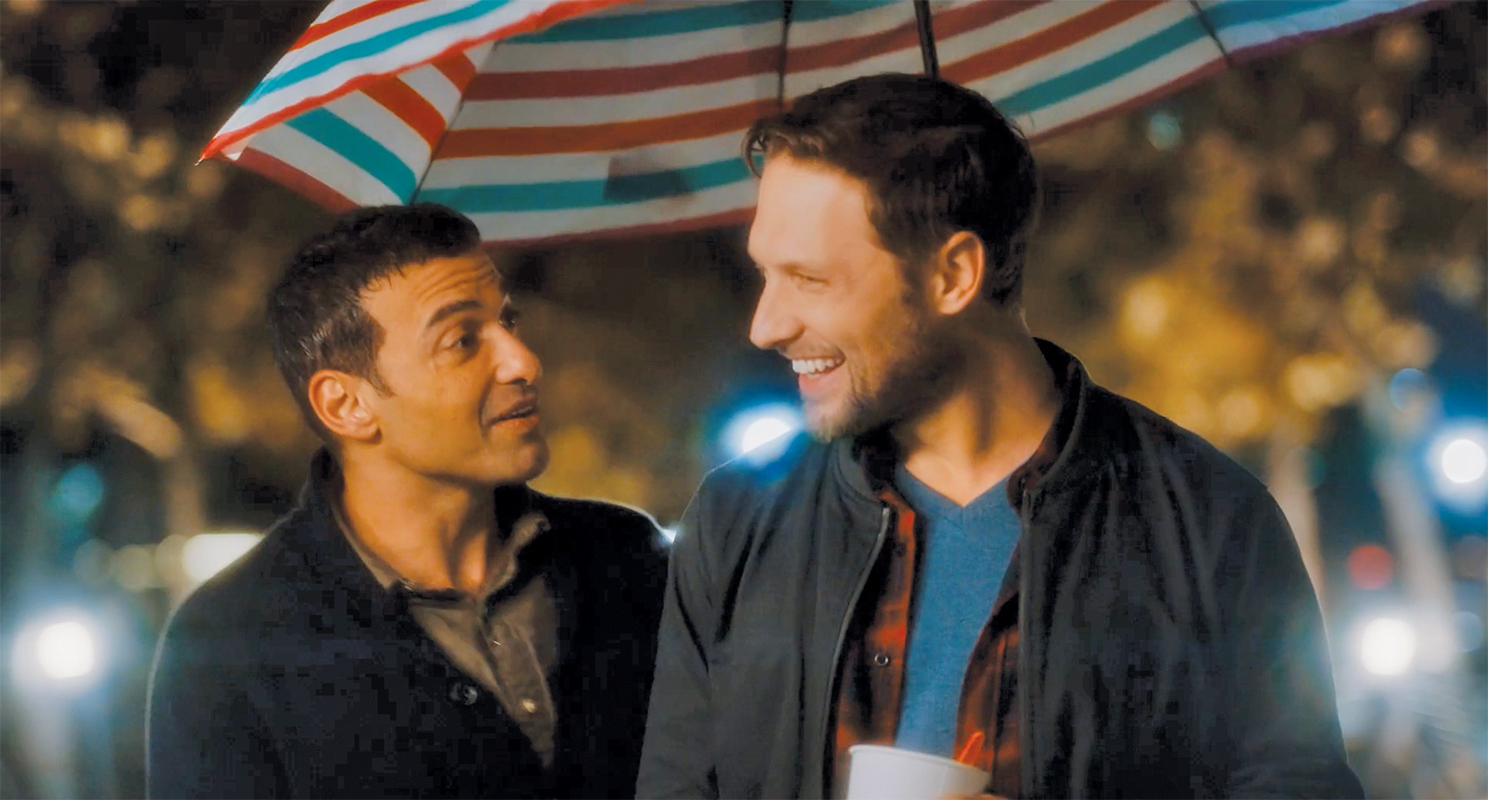 Mo and Kal meet at a birthday party that the shy doctor attends only out of a sense of obligation to his busybody best friend Sam (Amin El Gamal). The fete happens to coincide with the start of Ramadan, which means that regardless of Mo and Kal’s strong mutual attraction, Mo (short for Mohammed) is determined to maintain his religious discipline. There will be no kissing, no cuddling, and definitely no sex. Mo must avoid impure thoughts — a hard stance to take in the face of Kal’s disarming smile. Their courtship, should Kal choose to proceed, will be a chaste one, as they get to know each other over shared evening meals after Mo has spent each day fasting.

The movie wisely underplays the joke of Mo’s struggle to abstain from all restricted activities. Comedy and suspense don’t hinge on whether he can hold out from jumping Kal’s bones, but on whether he and Kal can keep lines of honest communication open long enough to make it through the holy month. There are no guarantees they’ll end up on the same page.

Expanding his 2015 short of the same name, Mosallam sketches out a straightforward rom-com structure that leans heavily towards the romantic side of the equation. Laugh-out-loud jokes and sequences are few and far between, although Aline Elasmar does a lot with a little bit of screen time as a gossipy cousin at a funeral. Sassy best friend Sam is perhaps too familiar a character to be that funny, but he offers a pointed contrast to Mo’s sober spirituality by fully embracing a WeHo life of drinking, partying, hooking up, and ignoring religion.

Having grown up in Lebanon — as opposed to Mo, who was raised in L.A. by accepting immigrant parents — Sam believes that Islam too often is used to justify harsh mistreatment of LGBTQ people back home and elsewhere. The friends’ conflict, like the romance between Mo and Kal, is compelling and nuanced, as is the cultural specificity Mosallam applies to his solid feature directing debut.

Breaking Fast is not rated, and screens virtually through the Reel Affirmations online portal beginning Friday, June 26. Virtual tickets are $12, and are good for 72 hours. Visit www.reelaffirmationsfilmfestival.vhx.tv.

André Hereford covers arts and entertainment for Metro Weekly. He can be reached at ahereford@metroweekly.com. Follow him on Twitter at @here4andre.
← Previous Story ‘John Lewis: Good Trouble’ traces the leader’s march towards equality directly to a new generation of activists
Next Story → The Garden Left Behind review: Sensitive, thoughtful trans drama