A congressional candidate in the South Bronx is poised to become the first gay Afro-Latino elected to Congress, having seemingly defeated a fellow politician known best for his anti-LGBTQ views and his praise of President Donald Trump.

Torres is ahead of State Assemblyman Michael Blake, who was backed by the Congressional Black Caucus, and the Rev. Ruben Díaz, Sr., a fellow City Councilmember, Pentecostal minister, and former state senator, as well as nine others seeking the Democratic Party’s nomination for the seat currently held by U.S. Rep. José Serrano, who is retiring.

With 100% of precincts reporting, but tens of thousands of mail-in ballots yet to be counted, Torres leads with 31% of the vote, to Blake’s 19% and Díaz’s 15%. Samelys Lopez, a progressive activist backed by U.S. Rep. Alexandria Ocasio-Cortez and U.S. Sen. Bernie Sanders, was in fourth, with 13% of the vote.

Prior to Tuesday’s initial results, there had been fears among some Democrats that the presence of several progressives in the race — specifically Torres and Lopez, who are more left-leaning than most of the other candidates — would splinter the vote and allow Díaz, who was endorsed by the National Organization for Marriage the day before the primary, to win with a plurality of the vote.

Whoever won the primary was favored in the general election, as the district is considered the most Democratic in the nation.

Mindful of the implications of the primary should Díaz win, a coalition of LGBTQ political groups, including the LGBTQ Victory Fund — which endorsed Torres — even called on some of the more left-leaning candidates to drop out and support Torres, whom pre-election polls showed trailing frontrunner Díaz by only two points.

Díaz is a larger-than-life figure with near-universal name recognition — both from his own political career spanning decades, as well as his son Ruben Díaz, Jr.’s influential position as Bronx Borough President.

He has become famous among New York political circles for his socially conservative views on abortion and LGBTQ rights, his friendliness to Republicans, including Trump and U.S. Sen. Ted Cruz (R-Texas), and his penchant for inflammatory remarks, such as when he lamented that the City Council was “controlled by the homosexual community.”

Unsurprisingly, Díaz has even said he’s not sure he’ll vote for Democratic presidential nominee Joe Biden in November’s election.

If Torres’ lead holds, he would likely become the first openly LGBTQ Afro-Latinx person elected to the U.S. Congress, due to the district’s heavily Democratic nature.

While he declined to declare victory until all mail-in votes were counted, Torres told Spectrum News NY1 that it would “be the honor of my life to represent this borough” in Congress.

“I would not be here were it not for my mother,” Torres said, tearing up. “And the South Bronx is full of mothers like mine who have suffered, and struggled, and sacrificed so that her baby boy can have a better life than she did. The opportunity to represent the essential workers of this borough, to represent the powerful mothers of this borough, it’s the culmination of a dream. But we have to count every ballot.”

Councilman @RitchieTorres says it's too early to declare victory in his congressional race, but he does have an early lead. He told @JuanMaBenitez it would be the honor of his life to represent the Bronx. "It's my home." #NY1Politics pic.twitter.com/grY8KfDref

But while Torres may have been more cautious about declaring victory, Dave Wasserman, the U.S. House editor of the Cook Political Report, said he believes trends indicate Torres will ultimately be victorious.

“I’ve seen enough: NYC Councilman Ritchie Torres (D), 32, has won the Dem primary for #NY15, the most Democratic seat in the country. In 2013, Torres became the first out LGBT person ever elected in the Bronx. He’s a potential national star.”

I've seen enough: NYC Councilman Ritchie Torres (D), 32, has won the Dem primary for #NY15, the most Democratic seat in the country.

In 2013, Torres became the first out LGBT person ever elected in the Bronx. He's a potential national star.

The LGBTQ Victory Fund celebrated Torres’ win in a statement.

“Voters in the Bronx rejected the politics of bigotry and instead put Ritchie on track to become the first openly LGBTQ Afro-Latinx member of Congress. At a time when our country is divided and we confront the realities of racism and police brutality, it is essential we have a voice like Ritchie’s fighting to turn the demands of protesters into legislative change at the federal level,” Annise Parker, the president and CEO of LGBTQ Victory Fund said in November. “While he will make history in November, we know Ritchie runs not to put his name in the record book, but to continue his work to expand and improve affordable housing and secure criminal justice reform for his constituents.”

Torres was also endorsed by CHC BOLD PAC, the campaign arm of the Congressional Hispanic Caucus.

“While final votes are still being counted, Ritchie’s overwhelming support and vote lead in NY-15’s primary election make it clear that Ritchie Torres will be the Democratic Party’s candidate in this race,” CHC BOLD PAC Chairman, Tony Cárdenas said in a statement.

“Ritchie’s victory is a testament to the diverse coalition his grassroots campaign has built and his years of service to his community on the New York City Council, where he has demanded accountability for NYPD’s misuse of force on peaceful protesters, advocated for better public housing conditions, and stood up for taxi drivers — many of them immigrants — cheated by a predatory medallion system that left them bankrupted. His victory is a reflection of BOLD PAC’s commitment to continue expanding the Hispanic Caucus with diverse and strong voices in Congress. Tonight we celebrate, but tomorrow we get right back to work because come November, we can’t wait to see Ritchie make history as the first LGBTQ+ Black Latino Member of Congress.” 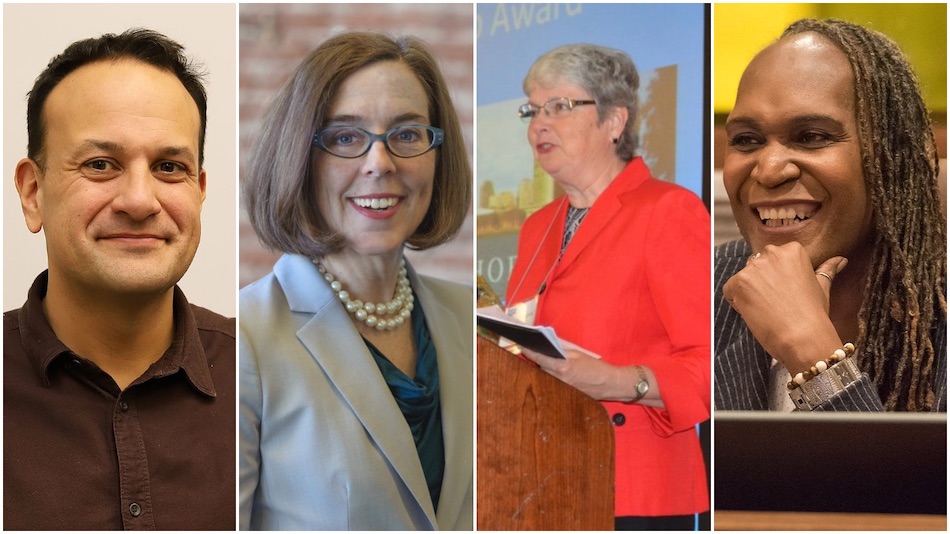 The LGBTQ Victory Institute will induct four political leaders into its 2021 class of the LGBTQ Victory Hall of Fame, an honor reserved for elected and appointed individuals or candidates for office who made a significant and lasting impact on LGBTQ political history.

Xander Orenstein cruises to victory after a contentious primary that they won by only 40 votes. 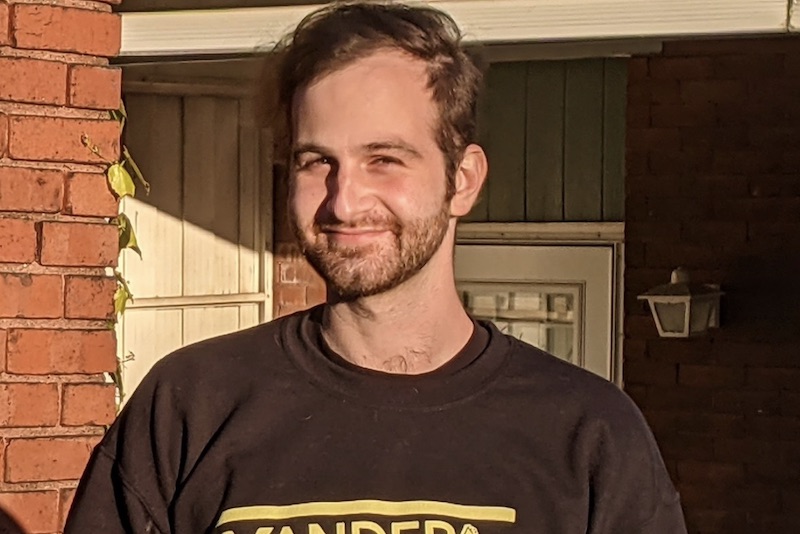 A Pennsylvania candidate for magistrate won their election on Tuesday, becoming the first nonbinary person elected to a judicial position in the United States.

Xander Orenstein, who won their race for the Allegheny County Magisterial District Court with over 95% of the vote, had previously defeated an incumbent in the primary election earlier this year by just 40 votes.

Orenstein, a housing activist and scientist by training who describes themselves as "progressive," campaigned on the importance of combating poverty and injustice, emphasizing the role that judges could play in stemming evictions and exacerbating homelessness. They also criticized their primary opponent for failing to pursue diversion programs for low-level offenders and advocated for bail reform.

Deon Jones, who works at the D.C. Jail, says the culture at the DC Department of Corrections is one that fosters anti-LGBTQ sentiment.

By John Riley on November 18, 2021 @JohnAndresRiley

A corrections officer who works at the D.C. Jail has sued the District of Columbia, as well as four supervisors and a co-worker at the D.C. Department of Corrections, alleging that he was subjected to a hostile work environment and discriminated against because of his sexual orientation, and then retaliated against after he complained about his mistreatment on the job.

Sgt. Deon Jones, a 24-year veteran of the D.C. Department of Corrections, says he faced constant harassment from co-workers and some of the inmates incarcerated at D.C. Jail, including being targeted by homophobic slurs and other obscenities, facing threats of violence, and being falsely accused by his co-workers of smuggling drugs into the jail and engaging in inappropriate sexual behavior with inmates, simply because of his sexual orientation.