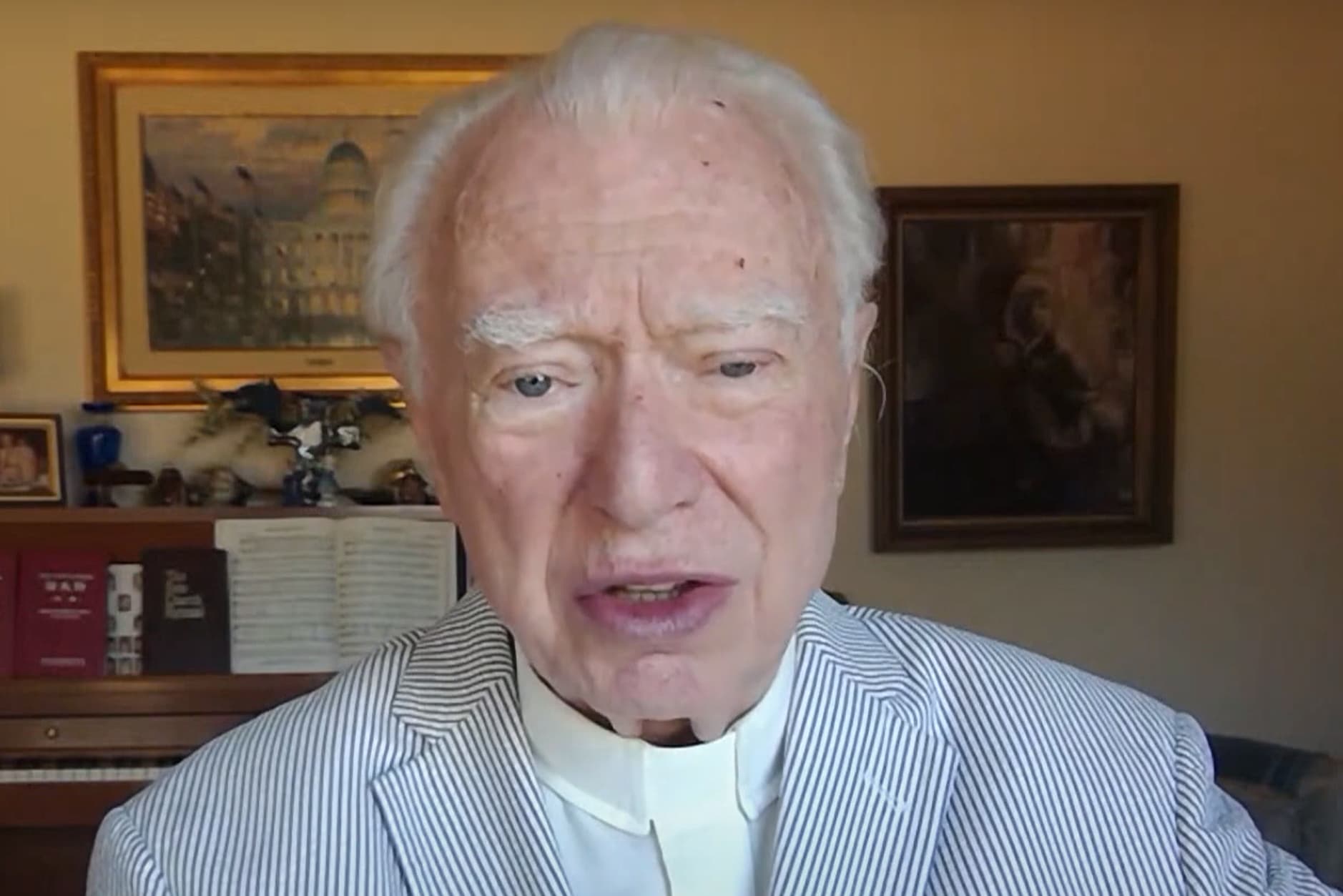 The founder of an anti-gay Christian organization has died, after spending forty years campaigning against the “homosexual agenda.”

Rev. Louis P. Sheldon, founder of the Traditional Values Coalition, died May 29 after a longstanding condition, the Associated Press reports. He was 85 years old.

A Presbyterian pastor who later converted to Anglicanism, Sheldon became a national figure known for his anti-gay rhetoric, enabled through various media appearances, including on Fox News as a guest commentator.

Sheldon was a social conservative who frequently discussed issues such as abortion, religious liberty, and censorship, but reserved perhaps his strongest comments for LGBTQ rights and homosexuality.

After gaining experience working as the California executive director for Anita Bryant’s anti-gay “Save Our Children” campaign, Sheldon founded the Traditional Values Coalition in 1980 to warn Americans of the rising “gay threat,” according to the Southern Poverty Law Center, which designated TVC an extremist hate group for its anti-LGBTQ statements and actions.

Sheldon frequently lambasted the “homosexual agenda,” calling homosexuality a “deathstyle” and falsely claiming that the campaign for equal rights was a ruse to cover-up the desire to molest children.

In one of TVC’s numerous reports, Sheldon said, “As homosexuals continue to make inroads into public schools, more children will be molested and indoctrinated into the world of homosexuality. Many of them will die in that world.”

In 1985, Sheldon suggested forcibly sending AIDS victims to “cities of refuge,” comparable to leper colonies, and in the 1990s said a hate crime law would “protect sex with animals and the rape of children as forms of political expression,” SPLC reports.

In 2005, while fighting against a sexuality-inclusive hate crimes bill, Sheldon said that homosexuality was a choice and equated it to a drug addiction.

“Homosexuality is a behavior, not a fixed identity. It is similar to smoking or drug use, not an immutable characteristic like race or ethnicity,” he said. “There are no ‘former’ Blacks, but there are ex-homosexuals. The existence of ex-homosexuals is clear evidence that homosexuality is behavior-based, not an unchangeable characteristic. It should not receive special minority rights protections in federal law.”

In another TVC report, he compared the increasing acceptance of LGBTQ people to the rise of Nazi Germany under Adolf Hitler.

“Americans should understand that their attitudes about homosexuality have been deliberately and deceitfully changed by a masterful propaganda/marketing campaign that rivals that of Adolph [sic] Hitler,” Shelden said. “In fact, many of the strategies used by homosexuals to bring about cultural change in America are taken from Hitler’s writings and propaganda welfare manuals.”

In 2013, TVC also attacked the transgender community, claiming that the Employment Non-Discrimination Act, which had recently been introduced to Congress, would spread “gender confusion” in schools and force schools to hire trans teachers.

He made frequent trips to Washington, D.C., and eventually relocated TVC’s headquarters from his native California to the District. His family told the Associated Press that he was good friends with former House Speaker Newt Gingrich.

According to SPLC, the organization — which also peddled Islamophobia and opposed abortion rights — has been effectively defunct since 2018, having taken down its website and disconnected its phone number.

Per SPLC: “[A] once formidable foe of equality and purveyor of falsehoods has perhaps expelled its last gasps of anti-LGBT and anti-Muslim animus.”

Ron Simmons, former head of Us Helping Us, dies at age 70