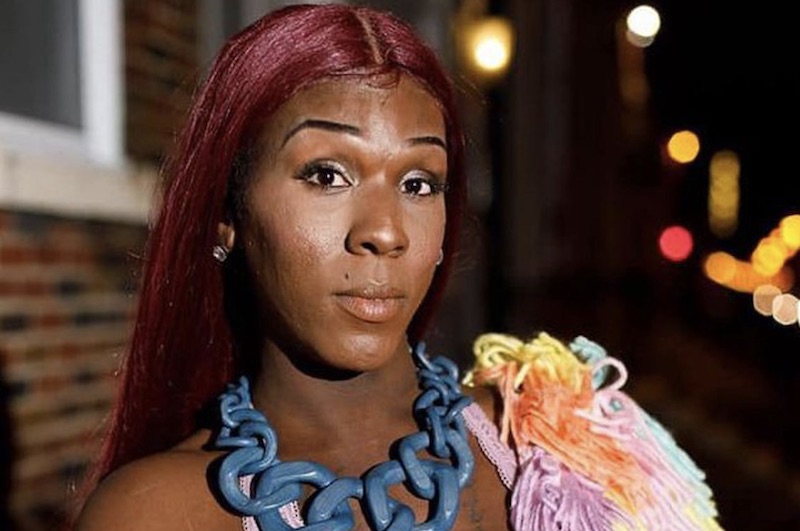 Philadelphia police are asking for the public’s help in solving the murder of a transgender woman whose mutilated body was pulled from the Schuylkill River earlier this week.

Police found the body of 27-year-old Dominique “Rem’mie” Fells just before 7 p.m. Monday near Bartam’s Garden, a botanical garden on the city’s southwest side. Fells had been stabbed multiple times and both of her legs were severed.

Some people close to Fells told Philadelphia ABC affiliate WPVI that Fells had been seen fighting with a male acquaintance just days before she was murdered.

Police have not released any details about the investigation, including whether they think it was motivated by anti-trans bias. If the murder is determined to be a hate crime, the perpetrator could face additional jail time or penalties.

Madelyn Morrison, one of Fells’ friends, told the Philadelphia Inquirer that Fells, who made outfits and wigs for people as a freelance fashion designer, loved fashion, music, people, and “having fun and being vibrant.”

Transgender activist Tatyana Woodard told WPVI she is fielding calls from people in the community who are hearing about Fells’ murder.

Woodard said she hopes Fells’ death sheds light on how the black transgender community is treated.

“I don’t think it’s enough attention on when things happen like this,” she said. “[Dominique] was a person — somebody’s sister, daughter, somebody’s friend. It shouldn’t matter how she identified. The person should always matter.”

The Human Rights Campaign noted that Fells’ death occurred the same week that Cincinnati-area resident Riah Milton, who is also transgender, was killed.

“This week, two Black transgender women were killed. This horrifying news comes the same week that we remember the 49 people gunned down at Pulse in Orlando, as millions continue to take to the streets to declare ‘Black Lives Matter,’ and as a billionaire author with a gigantic megaphone continues to spout off transphobic propaganda to her millions of followers,” HRC President Alphonso David said in a statement. “Tragedy does not happen in a vacuum, and each of these events show how much work we still must do to ensure dignity and justice for all.”

“It is with deep sadness that we share the news of the recent passing of a member of our LGBTQ family. The pain of such a loss is always difficult, but it is especially deep as we are in the midst of Pride month-a season typically filled with joy and celebration for many in our community,” the statement reads.

“As thousands take to the streets to proclaim that Black Lives Matter, it is critical we remember that this includes Black trans lives. Dominique Rem’mie Fells’ life mattered,” the statement continues. “We are reminded with this, and countless other painful losses — especially within our transgender communities — that there is much left to do until we achieve full equality, respect, and support for us all. The murder of transgender people — especially those of color — is truly an epidemic, and a crisis that we cannot afford to allow to persist any further.”

In addition to offering a virtual community grief session for friends and acquaintances of Fells who may need emotional support, the LGBT Affairs Office also offered to serve as a conduit for information about the crime from anyone who may feel uncomfortable speaking to police.

Any other with information are asked to contact the Philadelphia Police Department through its Anonymous Tipline at (215) 686-TIPS or via its website at www.phillypolice.com.