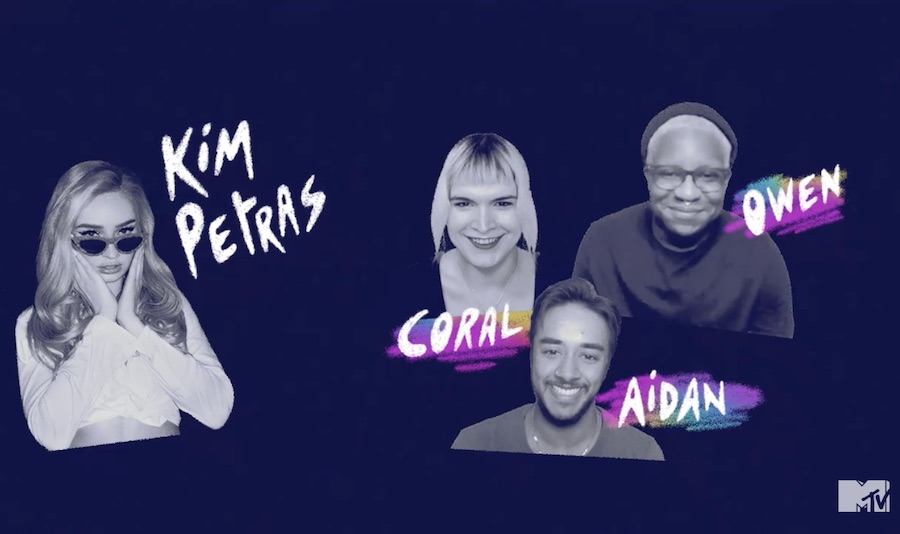 A new microgrant program from MTV, Logo, and nonprofit organization Trans Lifeline will support transgender youth in changing their government IDs to reflect their gender identity.

The program aims to ensure that transgender people, particularly transgender youth, are able to vote in this year’s elections by ensuring their IDs match their gender identity or gender expression.

Transgender individuals whose IDs do not match their gender identity may shy away from voting for fear of harassment or difficulty voting, as poll workers may be unfamiliar with how to deal with transgender people and may be more stringent in the types of ID that people must show before they can cast a vote.

To call attention to their partnership, MTV, Logo and Trans Lifeline, enlisted the help of Studio Moross to create an animated short highlighting three transgender and nonbinary young people reflecting on their experiences trying to obtain accurate government IDs.

Those featured in the video include: Aidan, a West Indian, trans, nonbinary person from Connecticut in their 20s, who has been trying to get their name and gender marker changed for four years; Coral, a trans femme musician from New Orleans, who has received a grant from Trans Lifeline but has been unable to start the process of obtaining a new ID due to closures forced by the ongoing COVID-19 pandemic; and Owen, a black, nonbinary, transmasculine person from Texas, who has received a microgrant and has since been able to obtain an accurate ID.

According to the 2015 U.S. Trans Survey, almost half of all transgender and nonbinary respondents reported not having any ID or record with their preferred name, and 67% did not have identity documents with a gender marker accurately reflecting their gender identity.

This can often lead to problems, including discrimination or violence, when a person is unintentionally outed because their ID does not match their gender presentation. In fact, 32% of transgender and nonbinary individuals with incongruent gender markers reported being harassed, denied services, or attacked.

“The Trans Lifeline microgrant empowered me to feel that legal name change is a real possibility,” Coral said in a statement. “A person’s name is so crucial to how they interface with themselves and every person they ever meet. It impacts their entire experience of the world.”

The video’s introduction and closing is narrated by pop singer-songwriter and transgender advocate Kim Petras, who issued her own statement regarding the initiative.

“Whenever I’m given any opportunity to help draw attention to trans issues and uplift the trans community, I want to do what I can because it’s something I love doing,” Petras said. “Changing your name and gender officially can be hard and discouraging to do. I know how much it means when your gender and your name finally gets changed on your passport because I went through the same thing.”

Petras continued: “It might not seem like a big thing to many people, but it’s a big thing if you’re transgender — especially in an election year where making our voices heard and making sure our community is represented is more important than ever.”