The producers of Netflix’s new fantasy series Cursed have packed scores of characters, creatures, and factions from the eponymous source novel, written by Tom Wheeler and illustrated by Frank Miller, into a vivid, if overcrowded adaptation. Miller, the legendary artist behind Sin City, and Wheeler, best known for ABC’s ancient Rome mini-series Empire, are also showrunning the thoughtful reimagining of Arthurian tales about sorcerers, kings, and warriors. This version follows a young lady warrior — teen sorceress Nimue (Katherine Langford) — who is dispatched on a mission to deliver the mythical sword of power to the wizard Merlin (Gustaf Skarsgård).

Daring and resourceful, Nimue often summons the means or magic to save herself from much distress, and Langford, co-star of Love, Simon and Knives Out, swings the mighty sword with conviction. But she doesn’t really breathe fire into the character, whose mission is reiterated and repeated every episode, while her tragic destiny remains just vaguely implied. Clearly, Nimue is meant to play a momentous role in a worsening conflict between mankind and her enchanted kind, the Fey folk. Cursed (★★☆☆☆) meanders towards that turning point along a bumpy road of backstories and turnarounds, flashbacks, tangents, and withheld secrets.

So often, characters in possession of pivotal information stop just a sentence shy of saying the one thing it might be most helpful to say. A few go to their graves keeping secrets that, in turn, keep Nimue constantly in the dark, a frustrating mode of telling her story. It’s up to the strong visuals to carry much of the interest in building the world around her, a land of verdant woods and rippling streams, demon bears and enchanted blades. Miller fans will be pleased to see striking scarlet sprays of blood and violence in the sparse but generally well-staged fight scenes.

The show doesn’t lack for villains, with Nimue and friends desperately resisting the Red Paladin, a brutal, crusading army of monks hellbent on extinguishing all Fey-kind. However, it’s a young girl desperate to join the Red Paladin, only to be repeatedly rejected, who makes for the show’s most compelling villain. Sister Iris is delivered in a perfectly evil turn by Emily Coates, who captures the frightening zealotry of one who would sell her soul to gain the favor of powerful men who don’t respect or care about her. But Iris is just a trickle of quicksilver in this rambling stream.

The performances of the expansive cast are hit-and-miss, and one or two so overacted as to be unintentionally comical. On the intentional side, Skarsgård (son of Stellan, brother of Alexander and Bill) has fun as the weaselly wizard Merlin, and Shalom Brune-Franklin brings fierce heart to her role as Nimue’s closest ally, Igraine, the show’s one major queer character. Cursed positions a young rogue named Arthur as Nimue’s true closest ally, but as played by Devon Terrell (Obama in the 2016 drama Barry), both Arthur’s journey and the central romance feel forced — much like the heroine’s odyssey of quests, escapes, and chases in myriad far-flung directions.

Cursed is available for streaming on Netflix. Visit www.netflix.com.

Netflix’s third season of “Dark” is masterful, emotionally shattering storytelling
A group of immortals kick a lot of ass in Netflix’s “The Old Guard”
Netflix’s ‘A Secret Love’ offers an intimate portrait of lesbian romance 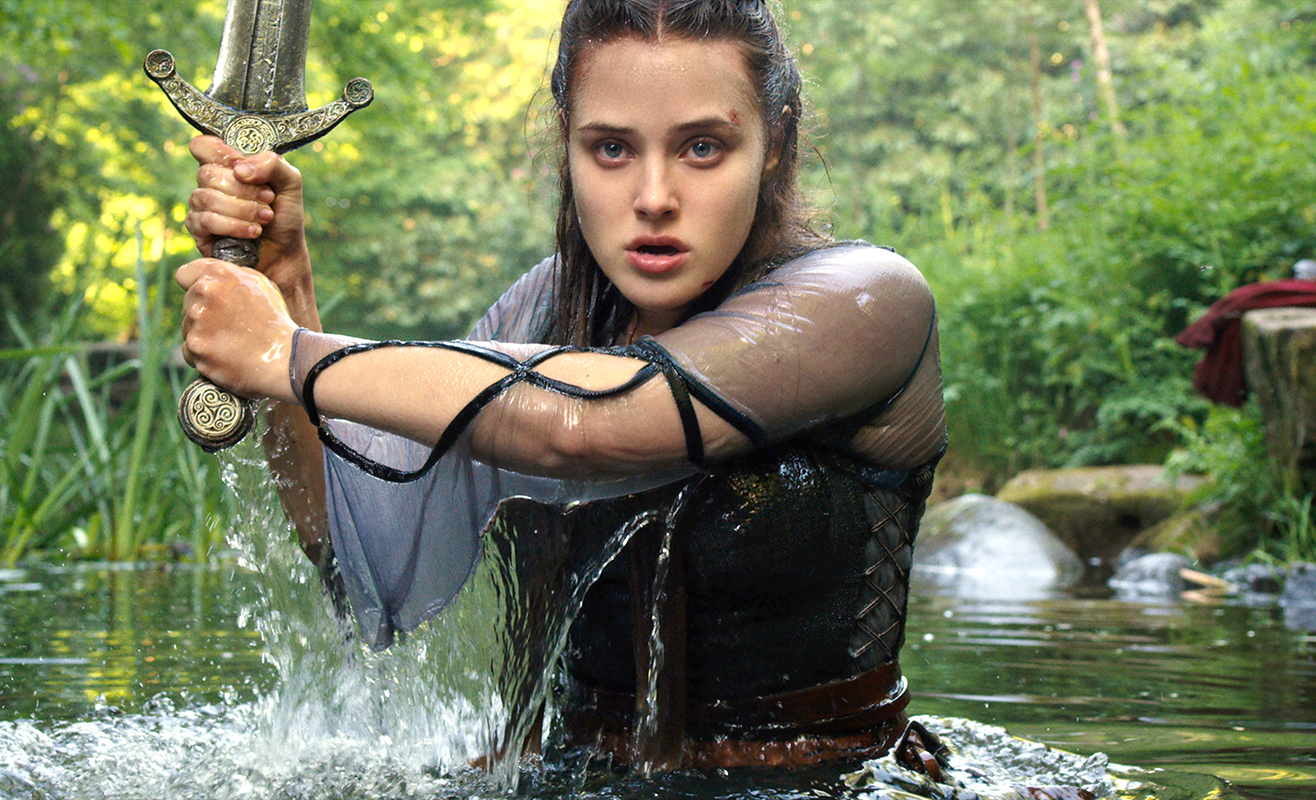