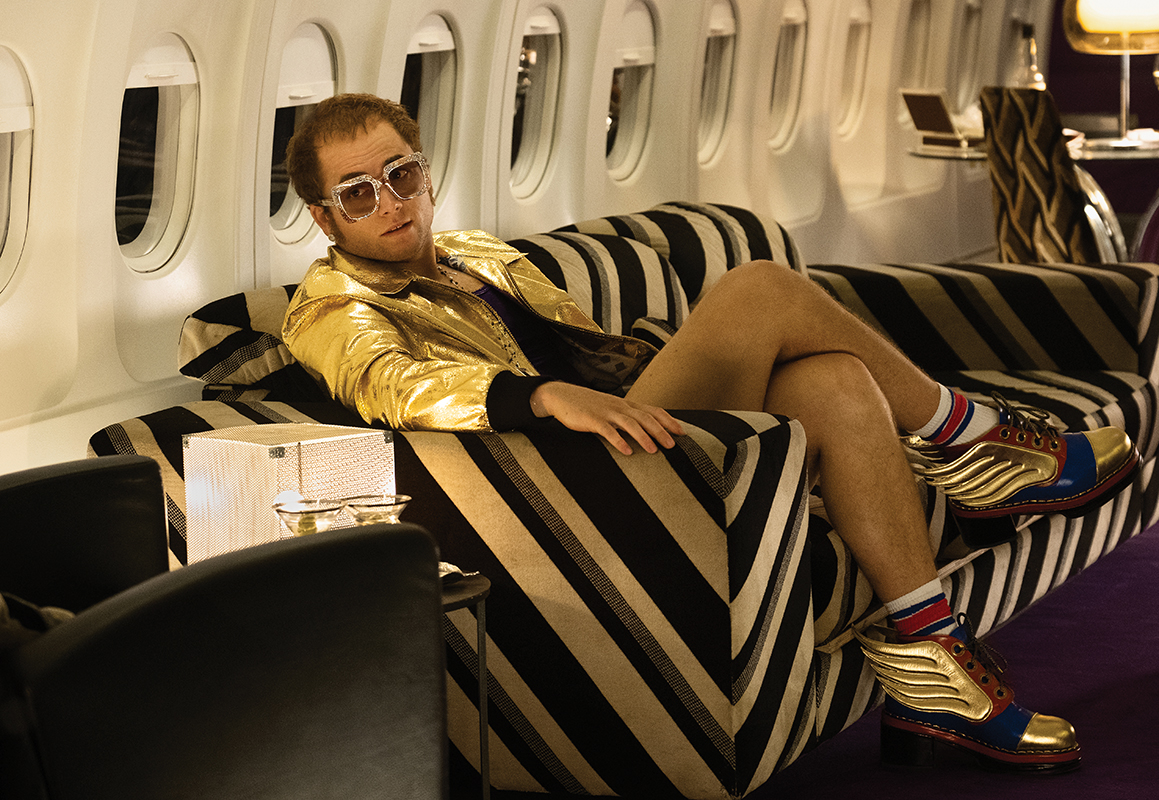 LGBTQ representation in films from major studios is at an all-time high, but racial diversity has dropped and transgender representation continues to be nonexistent.

That’s according to the eighth annual Studio Responsibility Index (SRI) from LGBTQ media advocacy organization GLAAD, which analyzed 118 films from the eight highest-grossing film studios of 2019 and four of their subsidiaries.

However, GLAAD noted that LGBTQ characters are “too often featured in major blockbuster films in moments so small many audiences could have easily missed them.”

“Of the 17 LGBTQ characters of color counted this year, only four characters counted more than three minutes of screentime, with just one character appearing for more than ten minutes (Pepe, Lionsgate’s Perfect Strangers),” GLAAD said.

The organization is calling for studios to reverse the trend, and have at least half of LGBTQ characters in films be people of color.

“One positive finding is that this year’s bisexual+ characters avoided the transactional trope we’ve seen too much of before — that is, women characters only engaging in a romance with another woman to gain something they need (often information or access) rather than out of any genuine interest,” GLAAD noted. “Unfortunately, there is zero representation of bisexual+ men this year.”

For the third year in a row, GLAAD also recorded zero transgender characters in the 188 major studio releases of 2019.

GLAAD noted that in television trans representation continues to increase, from FX’s Pose, to CW’s Supergirl, to FOX’s 9-1-1: Lone Star.

“Yet, major studio films continue to leave trans characters out of the story,” GLAAD said. “While the year did include four transgender and/or non-binary actors in major releases, none of those films established those characters as transgender or non-binary within the film’s world.”

“Film has the power to educate, enlighten, and entertain audiences around the world and, in today’s divisive political and cultural climate, we must prioritize telling LGBTQ stories and the stories of all marginalized people,” GLAAD President and CEO Sarah Kate Ellis said in a statement.

“Despite seeing a record high percentage of LGBTQ-inclusive films this year, the industry still has a long way to go in terms of fairly and accurately representing the LGBTQ community.

“If film studios want to stay relevant to today’s audiences and compete in an industry that is emphasizing diversity and inclusion, then they must urgently reverse course on the diminishing representation of LGBTQ women and people of color, as well as the complete absence of trans characters.”

“LGBTQ people are a significant audience who are supporting LGBTQ-inclusive films with our dollars and digital attention,” Townsend said. “Nielsen found LGBTQ audiences are more likely to see a new theatrical release more than once compared to straight audiences, and continue to stay engaged consumers, with higher levels of purchasing a digital copy, subscription service, and spreading the word online.

“Studios should recognize the power of LGBTQ audiences and the desire for stories that reflect our lives, by delivering and unambiguously marketing films and franchises that include nuanced and authentic LGBTQ characters.”

In addition to tracking LGBTQ characters, GLAAD also applies the “Vito Russo Test” to films, a set of criteria analyzing how LGBTQ characters are situated in a narrative.

Named after GLAAD co-founder and celebrated film historian Vito Russo, it’s inspired by the Bechdel Test, which measures the representation of women in media.

It uses three criteria to create a standard for Hollywood to reach and surpass in how LGBTQ characters are realized: The film contains a character that is identifiably lesbian, gay, bisexual, transgender, or queer (LGBTQ); That character must not be “solely or predominantly defined by their sexual orientation or gender identity”; And the LGBTQ character must be tied into the plot in such a way that their removal would have a significant effect.

GLAAD found that 16 of the 22 LGBTQ-inclusive films (73%) passed the Vito Russo Test, but noted that merely passing the test doesn’t mean a film is “free of problems, offensive in its portrayals or tropes in films where an LGBTQ character may be tied to the film’s plot, but whose stories were objectionable.”