Across the Spanish-speaking universe and beyond, there never will be another like the late, legendary Walter Mercado. A vision of androgynous opulence, he ruled the Latin American airwaves as “the world’s greatest astrologer,” beaming hope and positivity to the masses. Described as dramatic, fabulous, and “like a religion” unto himself, Mercado narrates his own compelling life story through interviews recorded in the final year of his life in Netflix’s loving documentary Mucho Mucho Amor (★★★★☆).

A staple in millions of households since the late ’60s, the star vanished from public view after airing his final broadcast in 2006. Cristina Costantini, who made the equally uplifting 2018 documentary Science Fair, and her co-director Kareem Tabsch find Mercado living comfortably, though not extravagantly, at his home in San Juan, Puerto Rico, attended to by his longtime assistant, Willy Acosta, as well as a family of nieces, and his beloved pooch Runo. From there, Mercado spins the tale of how he became “Walter of the Miracles,” and, in his own words, “fabricated a famous person” out of himself.

One or two of his self-mythologizing stories indeed sound fabricated, or at the very least exaggerated for effect. Yet, whether he’s recounting his boyhood in the Puerto Rican countryside as a divine healer of broken birds, or merely joking about his sex life, Mercado remains singular in his ability to strike a note of profound sincerity. He believes in his power to heal and to help people, and apparently, he always has.

Employing news and archival footage, Mucho Mucho Amor concretely summarizes his broadcasting career for anyone unaware, and offers up rarely seen clips for those who might already cherish him — including scenes from his early career as an extremely expressive actor on telenovelas. We see his start on Telemundo, hosting Walter, Las Estrellas y Usted (Walter, the Stars and You), the first show on television solely devoted to astrology, he claims credibly. Regularly appearing on the daily news show Primer Impacto, in addition to his own show airing throughout the U.S., Latin America, and Europe, Mercado was broadcasting to an audience, at its peak, of 120 million each day.

Interviews with Lin-Manuel Miranda, singer Nydia Caro, and superstar comedian Eugenio Derbez, among others, attest to the famous fortuneteller’s cultural impact. Many speak to the hope and inspiration that Mercado, always seen in full hair and makeup, represented for young queer viewers growing up within the very macho Latino culture. To that end, the directors do get the man to address his enigmatic sexuality on-camera, although he responds elusively with the best line in the movie.

The film also spends necessary time exploring Mercado’s closet, not for skeletons, but to marvel at his collection of custom-made cloaks, robes, and capes. On a more introspective level, he also discusses his spirituality, and how he combines elements of Buddhism, Christianity, Santeria, and mysticism into what he calls interfaith religion. Mercado’s message above all was simply to spread love and peace, which he did unfailingly until he passed away in November of 2019. One truly joyful element of the film is to see that love returned to him. HistoryMiami Museum invites the octogenarian to appear at the opening of a career retrospective exhibit, and, despite ill health, Mercado is determined to make an appearance. Relaying the suspense of whether or not he’ll be able to share that beautiful night with his public, Mucho Mucho Amor builds to a sweet celebration of joy and love overflowing. 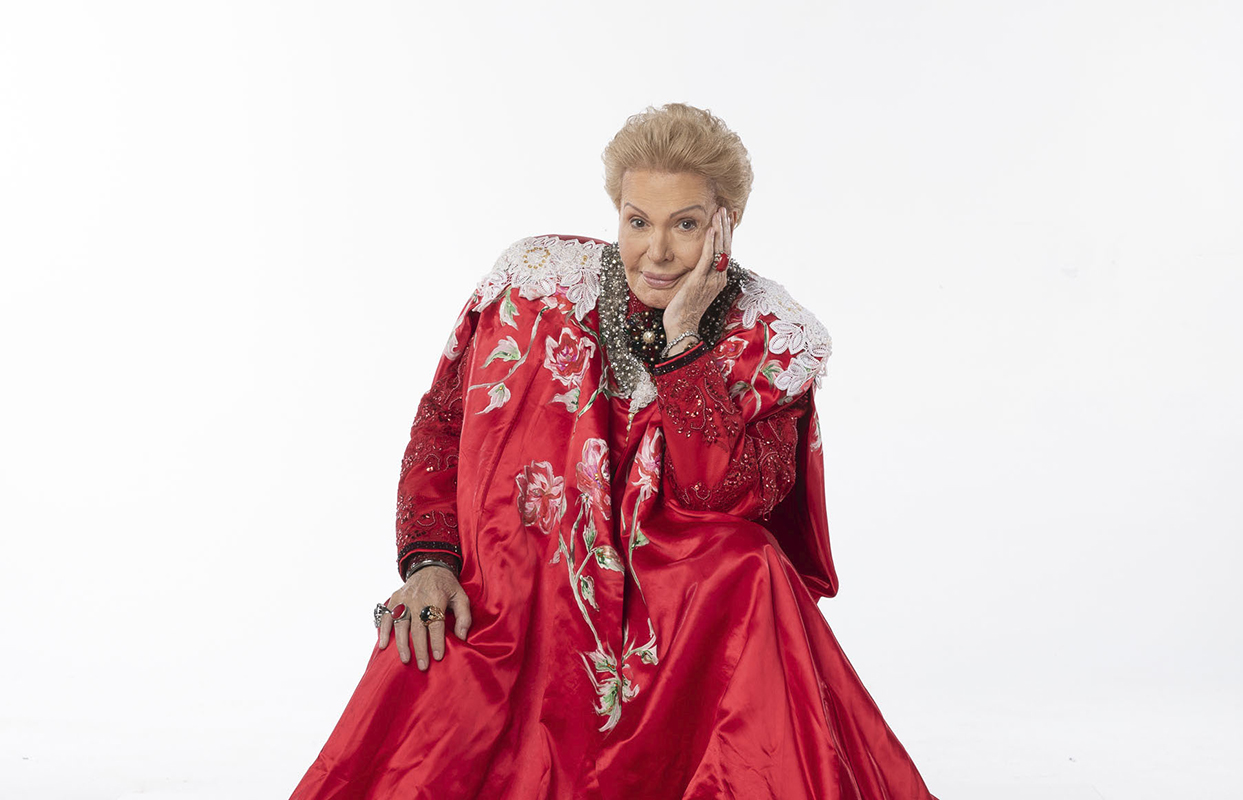 André Hereford covers arts and entertainment for Metro Weekly. He can be reached at ahereford@metroweekly.com. Follow him on Twitter at @here4andre.
← Previous Story Laverne Cox on Netflix doc ‘Disclosure,’ dating in Hollywood, and (begrudgingly) voting for Joe Biden
Next Story → ‘Cursed’ review: Netflix’s overstuffed fantasy series travels a bumpy road