State Sen. Thomas Kean, Jr. promises to do "everything I can" to support LGBTQ community if elected 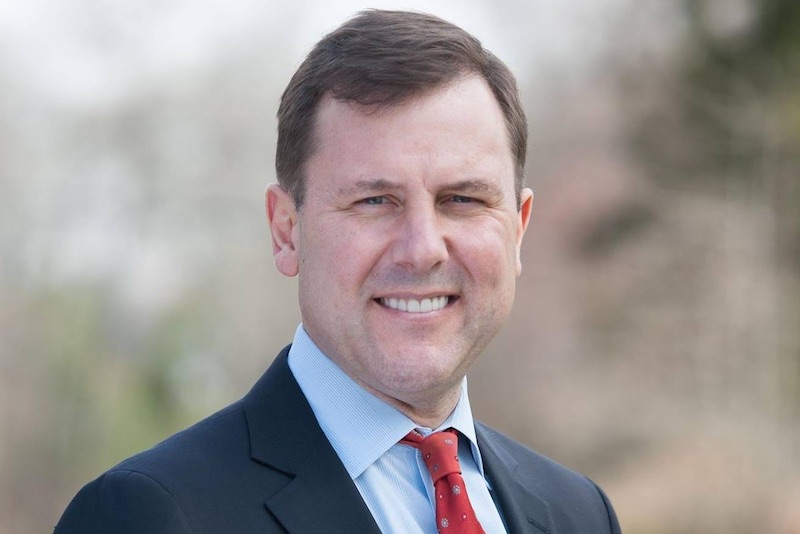 A New Jersey Republican congressional candidate is apologizing for his vote against same-sex marriage a decade ago.

State Sen. Thomas Kean, Jr. (R-Westfield) said during a recent online campaign event that he now regrets casting a vote against legalizing marriage equality in the Garden State in 2010, when the Democratic-led legislature was trying to pass the bill during the lame-duck session before former Gov. Chris Christie (R) took office.

Then-outgoing Gov. Jon Corzine (D), who had lost to Christie, had promised to sign the measure into law if it was approved. But the bill ultimately failed, 20-14, with three Democrats abstaining, and six Democrats and all but one Republican voting against it.

“I was wrong in my vote when the gay marriage vote came up,” Kean said, according to the New Jersey Globe. “I have changed my mind and better understood that that was the wrong vote at the time.”

Kean is the presumptive favorite in the Republican primary for New Jersey’s 7th Congressional District in central New Jersey. The winner will go on to face U.S. Rep. Tom Malinowski, a freshman Democrat representing a swing district.

It remains to be seen whether Kean’s evolution on same-sex marriage will hurt him among Republican primary voters, but, should he win, it could potentially neutralize one of the advantages that Malinowski enjoys in the general election — depending, of course, on whether Kean endorses any other LGBTQ rights bills, such as the Equality Act, the Do No Harm Act, or the PRIDE Act.

“I support gay marriage and have been doing everything I can to support the LGBTQ community going forward,” Kean said. “That’s an important conversation I think that many people have to have with their neighbors and across their communities and across this country.”

A request from Metro Weekly seeking further comment on Kean’s stances on other pieces of LGBTQ-related congressional legislation, and on the military’s transgender ban, was not returned as of press time.

But Daniel Fleiss, Malinowski’s campaign manager said “it’ll take much more than a years-late apology to convince anyone that Tom Kean stands with them.”

“It only took twenty years opposing it in Trenton and a competitive congressional campaign for Tom Kean to finally come around on LGBTQ rights — an issue Tom Malinowski has been fighting for his entire career,” Fleiss said in a statement. “Even today, Kean’s official website compares marriage equality to self-service gas as issues voters should decide.”