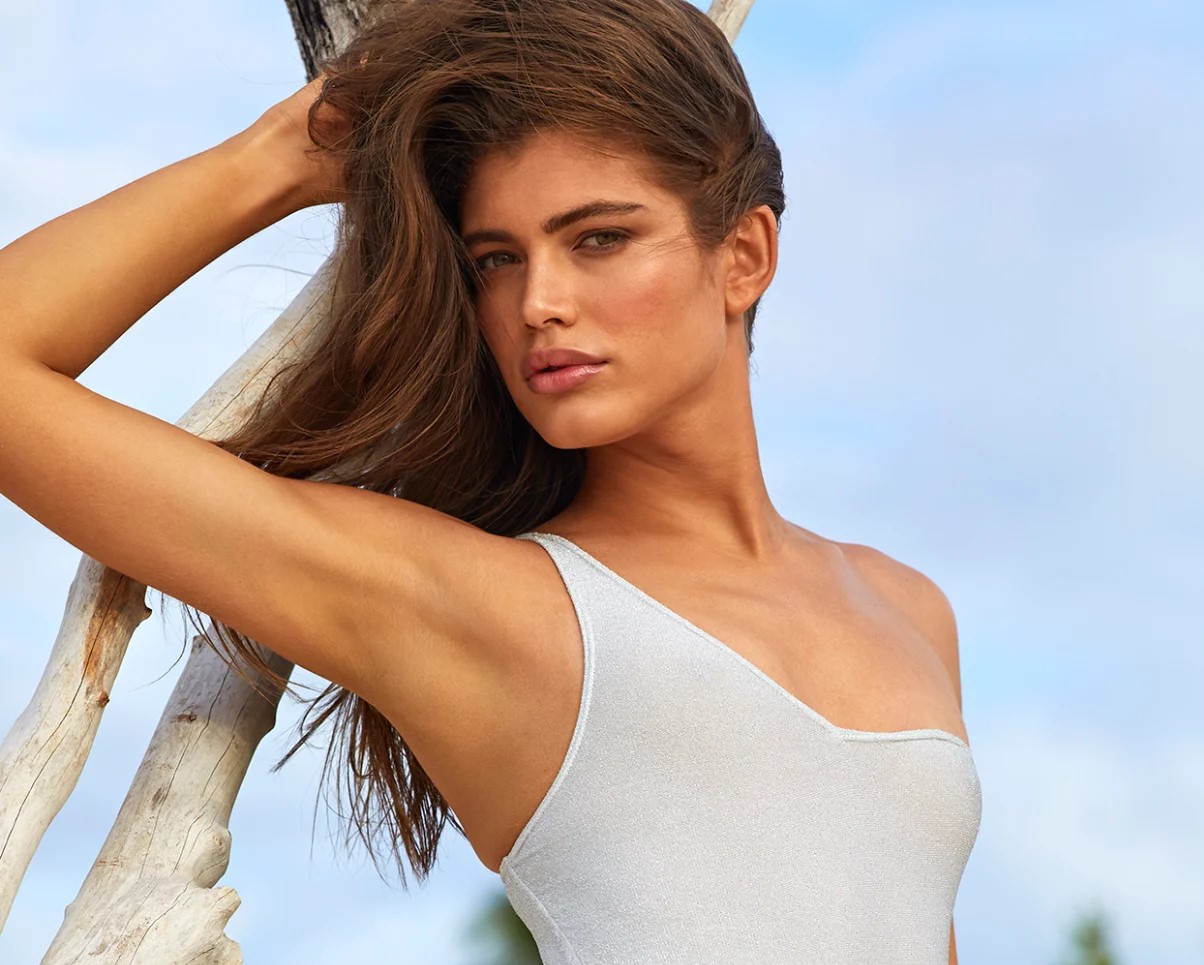 The Brazilian model makes history with her appearance in the July 21 issue, which features Sampaio modeling two different swimsuits — a one-piece by Haus of Pink Lemonaid and a bikini by Triangl — CNN reports.

Sampaio, 23, has also penned an essay for Sports Illustrated, saying she is “excited and honored” to be included in the issue. She also discussed the historic nature of her selection, as well as her humble origins in Brazil.

“I was born trans in a remote, humble fishing village in northern Brazil,” she wrote. “Brazil is a beautiful country, but it also hosts the highest number of violent crimes and murders against the trans community in the world — three times that of the U.S.”

“Our options for growing up in a loving and accepting family, having a fruitful experience at school or finding dignified work are unimaginably limited and challenging.

“I recognize that I am one of the fortunate ones, and my intention is to honor that as best I can.”

Sampaio thanked Sports Illustrated for “seeing and respecting me as I truly am” and “understanding that more than anything, I am human.”

It’s not the first time Sampaio has made history for trans representation in the modeling industry.

In a statement to the Los Angeles Times, Sports Illustrated Swimsuit’s head of talent Anthony Ramos said it was joining institutions “from the Girl Scouts of the USA to Miss Universe in recognizing the simple fact that trans women are women.”

““Talented women like Valentina Sampaio deserve to be spotlighted and given equal opportunities,” he said.

“Her work in Sports Illustrated Swimsuit is a significant step forward as the modeling industry continues its evolution on traditional standards of inclusion.”

In a post on its Instagram account sharing news of Sampaio’s presence in this year’s issue, Sports Illustrated Swimsuit said they would shut down those who posted hateful comments about the model.

“Our Instagram channel is a platform for inspiration, inclusivity and support,” they wrote. “SI Swimsuit will not tolerate any hateful or offensive comments. Those who violate these terms will be deleted, blocked & reported.”

Rhuaridh Marr is Metro Weekly's online editor. He can be reached at rmarr@metroweekly.com.
← Previous Story Brazil’s anti-gay president allegedly said masks are for ‘f****ts.’ He now has COVID-19.
Next Story → Gay couple attacked by mob say police told them not to kiss in public