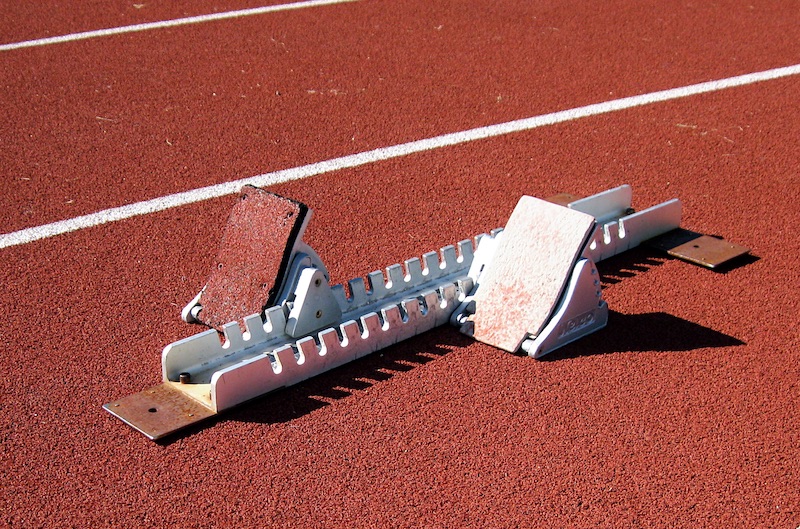 A federal judge has blocked an Idaho law barring transgender females from competing in women’s sporting events from taking effect.

On Monday, U.S. District Judge David Nye, of the U.S. District Court for the District of Idaho, granted a preliminary injunction preventing the state from attempting to enforce its recently approved law prohibiting athletes from competing in high school or collegiate sports based on their gender identity, instead of their assigned sex at birth.

The law, known as HB 500, was previously signed by Gov. Brad Little and went into effect on July 1.

In response to the law’s passage, two athletes, Lindsay Hecox, a female transgender athlete seeking to compete in women’s cross country for Boise State University next year, and Jane Doe, a 17-year-old high school junior who wishes to play for the girls’ soccer team, sued to block it from taking effect, alleging that the law is discriminatory and infringes on their right to equal protection.

Doe has also argued that the law violates her privacy by potentially forcing her to be subjected to invasive medical testing to “prove” her female identity should she be accused of being transgender.

Her lawyers, with the American Civil Liberties Union, the ACLU of Idaho, and Legal Voice, argue that such charges could either based on her failure to adhere to traditional gender stereotypes, or may even be brought in bad faith by athletic rivals who wish to sideline her from competing in an attempt to gain a competitive edge.

In his decision, Nye found that the provisions contained state’s so-called “Fairness in Women’s Sports Act” reinforce the plaintiffs’ claims that the law is primarily crafted with the intent of excluding transgender athletes, rather than promoting equal athletic opportunities for cisgender women.

Besides noting that the law runs counter to current NCAA policy on transgender athletes, Nye said that the law’s proposed method of “verifying” an athlete’s sex before they can compete would effectively bar intersex individuals, transgender athletes under the age of 18 who have not yet undergone gender confirmation surgery, and even those who have undergone hormone therapy and whose hormone levels are within the range typical for cisgender woman.

He also cast suspicion on the timing of the law’s passage.

“[I]t is difficult to ignore the circumstances under which the Act was passed. As COVID-19 was declared a pandemic and many states adjourned state legislative session indefinitely, the Idaho Legislature stayed in session to pass HB 500 and become the first and only state to bar all women and girls who are transgender from participating in school sports,” Nye wrote in his opinion.

“At the same time, the Legislature also passed another bill, H.B. 509, which essentially bans transgender individuals from changing their gender marker on their birth certificates to match their gender identity. Governor Little signed H.B. 500 and H.B. 509 into law on the same day.

“That the Idaho government stayed in session amidst an unprecedented national shut down to pass two laws which dramatically limit the rights of transgender individuals suggests the Act was motivated by a desire for transgender exclusion, rather than equality for women athletes, particularly when the national shutdown preempted school athletic events, making the rush to the pass the law unnecessary.”

The law prohibiting transgender individuals from amending the gender marker on their birth certificates has since been struck down by a federal court.

Nye also rejected the state’s contention that transgender athletes are seeking “special” treatment by asking to compete in athletics based on their gender identity.

“This argument ignores that the Act excludes only transgender women and girls from participating in sports, and that Lindsay [Hecox] simply seeks the status quo prior to the Act’s passage, rather than special treatment. Further, the Proponents’ argument that Lindsay and other transgender women are not excluded from school sports because they can simply play on the men’s team is analogous to claiming homosexual individuals are not prevented from marrying under statutes preventing same-sex marriage because lesbians and gays could marry someone of a different sex,” Nye added, finding that Hecox is likely to succeed on the merits of her claim that the law violates her right to equal protection under the law.

Nye also found that Jane Doe is likely to succeed on the merits of her claim, noting that the act triggers heightened scrutiny — a much more stringent legal standard — by singling out members of girls’ and women’s athletic teams for sex verification testing to which male athletes are unlikely to be subjected.

“Defendants’ argument also contradicts the express language of the Act, which mandates, ‘[a]thletic teams or sports designated for females, women, or girls shall not be open to students of the male sex,'” he added. “Males are not subject to the dispute process because female teams are not open to them under the Act. By arguing that people of any sex who seek to play women’s sports would be subject to sex verification, Defendants ignore that the Act creates a different, more onerous set of rules for women’s sports when compared to men’s sports.

“It is also clear that a sex verification examination is unequal to the physical sports exam a male must have in order to play sports,” Nye concluded. “Being subject to a sex dispute is itself humiliating. The Act’s dispute process also creates a means that could be used to bully girls perceived as less feminine or unpopular and prevent them from participating in sports. And if, as the Act states, sex must be verified through a physical examination relying ‘only on one (1) or more of the following: the student’s reproductive anatomy, genetic makeup, or normal endogenously produced testosterone levels,’ girls like Jane may also have to endure invasive medical tests that could constitute an invasion of privacy in order to ‘verify’ their sex.”

“I love running, and part of what I enjoy about the sport is building relationships with a team,” she said. “I’m a girl, and the right team for me is the girls’ team. It’s time courts recognize that and I am so glad that the court’s ruling does.”

“Transgender people belong in Idaho, including on school sports teams,” Ritchie Eppink, the legal director for the ACLU of Idaho, said in a statement. “This decision will not only protect women and girls, but also the Idaho economy as businesses have made it clear that they do not want to support any attack on transgender students. This is a welcome first step, and our fight for Lindsay, Jane Doe and others impacted by this law is not over.”

The Human Rights Campaign, the nation’s largest LGBTQ civil rights organization, celebrated Nye’s decision, which will block the law from being enforced while the case is decided on its merits.

“Today’s decision is a huge, positive step forward for transgender athletes in Idaho and around the country,” HRC President Alphonso David said in a statement. “Everyone should be able to play sports, and gender identity should not be a barrier to participation. We’re hopeful that the court will ultimately make the right decision to strike down HB 500 in totality, so that athletes such as Lindsay Hecox and others can continue to excel at the sports they’ve poured themselves into, without having their identities used as a wedge against them.”