Three LGBTQ Democrats win primaries, setting up the chance to double LGBTQ representation in the legislature

A Florida Senate candidate who was recently targeted by robotexts attempting to exploit his sexual orientation for political gain has won the Democratic primary, setting him up as the favorite for the November election.

State Rep. Shevrin Jones (D-West Park), seeking the Democratic nomination for the open District 35 Senate seat, had previously been the subject of robotexts quoting a story in the Miami Herald about Jones, a survivor of COVID-19, being unable to donate his antibody-rich plasma to assist others suffering from the disease. Jones, who is openly gay, was rejected after he disclosed that he had engaged in sexual contact with another man in the past three months — a violation of the FDA’s current three-month deferral period for sexually active gay or bisexual men.

Jones denounced the robotexts, which told voters in the district “Shevrin Jones was discriminated against for recent homosexual contact,” and linked to a webpage unaffiliated with Jones’ campaign — ShevJones.com — with the full Herald article.

At least two of Jones’ primary asopponents had a history of anti-LGBTQ statements or votes, and a local radio host attacked Jones due to his sexual orientation. Due to the Democratic tilt of the district, whoever won the Democratic primary was likely to prevail in November. But after a potential Republican opponent failed to make the ballot, Jones is guaranteed to be the first out LGBTQ member of the Florida State Senate.

“Shevrin shattered a long-standing political barrier for LGBTQ candidates in Florida and did so while running against opponents who attack our community — and that is history-making,” Annise Parker, the president and CEO of LGBTQ Victory Fund, which endorsed Jones, said in a statement. “He won the trust of constituents through his people-centered work and legislation while in the state House, ensuring the homophobic attacks on him would fail and even backfire. As a state senator, Shevrin will continue to be a role model and inspiration for LGBTQ young people — and especially Black LGBTQ youth — who too rarely see people like them in office. Florida voters chose wisely and we are thrilled to have worked so closely with Shevrin throughout his campaign.’

Three non-incumbents seeking House seats, Ricky Junquera, Joshua Hicks, and Michele Rayner, won their primaries, along with incumbent State Reps. Carlos Guillermo Smith (D-Orlando) and Jennifer Webb (D-Gulfport). If all six were to win, the number of out LGBTQ people in the legislature would double, putting Florida among the states with the highest number of LGBTQ legislators. The state currently lags behind many others in terms of the legal protections available to LGBTQ individuals.

“Florida is witnessing a rainbow revolution, with an unprecedented number of openly LGBTQ state legislative candidates running for office and an opportunity to at least double LGBTQ representation come November,” Parker added. “But this is about more than just the state legislature. These candidates can inspire pro-equality voters to turn out for them in record numbers, with the potential to influence which presidential candidate wins Florida and ultimately the White House. Florida voters must get out to vote for these LGBTQ candidates and elect a government more reflective of the people it serves — and their impact can be enormous.”

The Human Rights Campaign, which endorsed all six candidates’ bids for office, also celebrated Jones’ historic victory and Rayner’s likely election, as they are the only two of the six not facing a Republican opponent in November.

“The fight for LGBTQ equality is going strong in Florida,” HRC Associate Regional Campaign Director Ryan Wilson said in a statement. “Congratulations to Shevrin Jones and now Representative-elect Michele Rayner, both of whom are ready to deliver on their promise for greater protections and equality as leaders in Tallahassee. It’s long past time to end the patchwork of protections across the state of Florida for 770,000 LGBTQ Floridians who deserve equality under the law.

“Last night’s victories show that voters in Florida and all across America are rejecting anti-LGBTQ rhetoric and candidates in favor of a more inclusive, diverse future,” Wilson added. HRC is proud to support these leaders for change, and over the next 75 days, we are excited to work with them and the full slate of HRC-endorsed candidates to engage the over 3.9 million Equality Voters in Florida and deliver pro-equality majorities in the Florida state legislature and electoral victories up and down the ticket.” 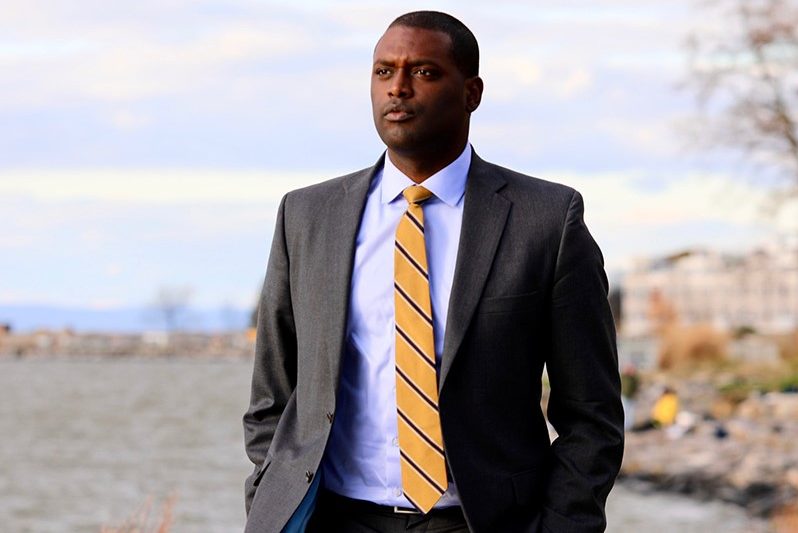