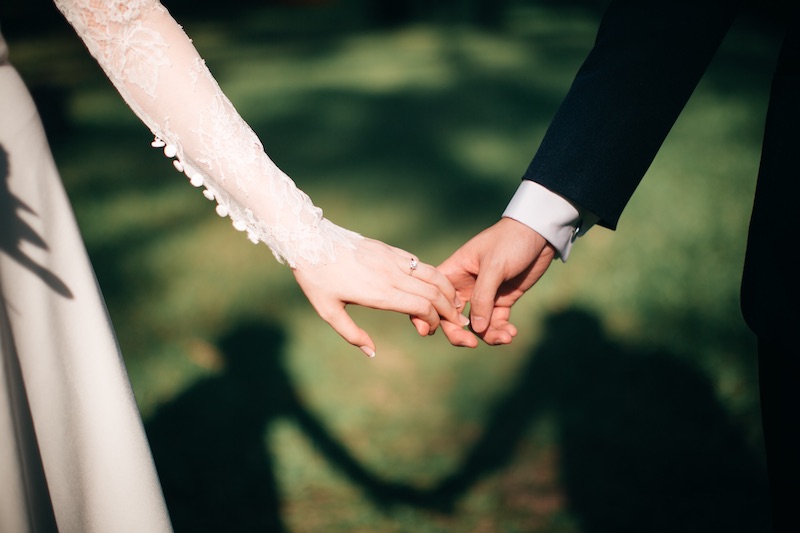 A federal judge has sided with a Louisville photographer who is seeking to discriminate against same-sex couples by refusing to shoot their weddings.

U.S. District Judge Justin Walker, of the Western District of Kentucky, ruled that the Louisville Metro Government could not penalize Chelsey Nelson for advertising on her website or social media accounts stating that she only photographs and blogs about opposite-sex ceremonies.

Walker blocked the city from enforcing its anti-discrimination Fairness Ordinance against Nelson, who was seeking an exemption to the law on the grounds that her religious beliefs opposing homosexuality prevent her from shooting same-sex weddings.

Nelson, for her part, has claimed her business has suffered because she has been unable to openly advertise that she refuses to photograph same-sex weddings, and thus lives in fear of being fined and having to pay exorbitant legal fees, which could bankrupt her.

“America is wide enough for those who applaud same-sex marriage and those who refuse to,” Walker wrote in his opinion finding in favor of Nelson. “The Constitution does not require a choice between gay rights and freedom of speech. It demands both.”

Quoting the majority opinion from the Obergefell v. Hodges case that legalized marriage equality, the 38-year-old Walker added: “Just as gay and lesbian Americans ‘cannot be treated as social outcasts or as inferior in dignity and worth,’ neither can Americans ‘with a deep faith that requires them to do things passing legislative majorities might find unseemly or uncouth.'”

Walker, a Trump appointee who was recently confirmed to the U.S. Court of Appeals for the District of Columbia — a position he’ll assume once Judge Thomas Griffith retires on Sept. 1 — issued a preliminary injunction for Nelson, finding she’s likely to win a lawsuit against the Metro Government challenging enforcement of the Fairness Ordinance, a 1999 law prohibiting anti-LGBTQ discrimination in housing, employment, and public accommodations. That finding is based on Walker’s contention that Nelson’s photography is a form of art, rather than a service.

Because art is a form of speech, Nelson cannot be compelled to photograph same-sex weddings in violation of her personal religious or political principles, Walker added. While photography is wordless, “so too is refusing to salute the flag or marching in a parade, both of which the Supreme Court has said are protected forms of speech.”

Noting that the Fairness Ordinance requires businesses to serve LGBTQ customers and refrain from advertising that they won’t serve them, Walker cast the need for such laws as unnecessary, arguing that discrimination is not as widespread as it once was and that 19 other communities in the state have adopted similar nondiscrimination laws.

Walker then praised the work of LGBTQ advocates, writing that “a generation ago, when 10 Louisvillians founded the Fairness Campaign, discrimination against gay and lesbian people was legal in every Kentucky city,” but that with “extraordinary vision, tenacity, and grit — battling often steep odds in the legislative and judicial arenas, not to mention in their daily lives, the Fairness Campaign and its allies changed that,” according to The Courier-Journal.

Walker also contended that Nelson had reason to fear she could be targeted, as 93 different businesses in Louisville were investigated for allegedly violating the Fairness Ordinance, and the city could not promise it would not take future action against her.

“Just like every American, photographers and writers like Chelsey should be free to peacefully live and work according to their faith without fear of unjust punishment by the government,” he said in a statement to the Courier-Journal. “The court was right to halt enforcement of Louisville’s law against Chelsey while her case moves forward.”

The city’s lawyers have not said whether they intend to appeal the decision, although it previously argued that laws seeking to stop discrimination do not violate the First Amendment. It also noted that the Metro Government has never taken or threatened to enforce the Fairness Ordinance against Nelson, nor is it aware of any complaints against her from prospective customers.

The American Civil Liberties Union has previously argued that if Nelson can refuse service to same-sex couples on First Amendment grounds, another photographer could turn away interracial or interfaith couples, or Black or Muslim couples.

“Our laws have long said businesses that are open to the public — and therefore subject to laws like the ordinance at issue here — can’t pick and choose who they will serve based on who the customer is. That’s discrimination,” Corey Shapiro, legal director of the ACLU of Kentucky, said in a statement. “This disappointing decision will undermine our values of ensuring no one is turned away because of who they are.”

But Shapiro also noted that Walker’s ruling was narrow and did not completely gut or overturn the Fairness Ordinance, lest anti-LGBTQ individuals attempt to engage in other forms of discrimination.

“While the court’s opinion leaves in place the Fairness Ordinance’s prohibition on discrimination based on sexual orientation, it permits a photography studio to turn away same-sex couples seeking wedding-related services,” Shapiro said. “This narrow decision is not a broad license to discriminate in Louisville.”

John Riley is the local news reporter for Metro Weekly. He can be reached at jriley@metroweekly.com
← Previous Story Transgender teens sue Arizona for denying Medicaid coverage for gender confirmation surgery
Next Story → Gay waiter says Trump supporters wrote ‘get out f*g’ on tip