By John Riley on August 3, 2020 @JohnAndresRiley 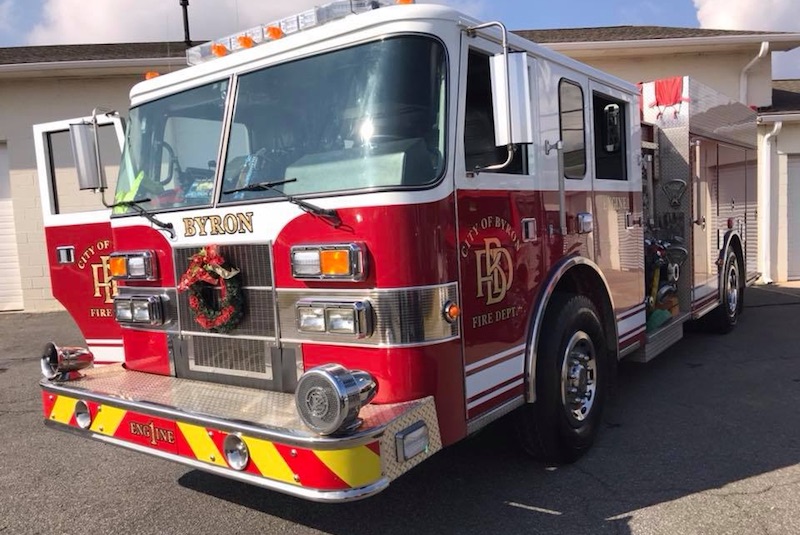 The former fire chief of a small Georgia city is asking to be reinstated and recoup back pay she is owed after she was allegedly fired last year due to her transgender status.

Rachel Mosby led the Byron Fire Department as chief for more than a decade, starting in 2008. In 2017, she began transitioning at work, wearing women’s clothes that matched her gender identity instead of suits and ties.

Mosby has claimed that initially people seemed accepting of her transition, but in early 2018, the city began ordering her to wear a uniform while on the job, with many of them using male pronouns to refer to her. At one point, a reserve firefighter called the chief a slur to her face, and she fired him, only to see the city ultimately reinstate him.

Mosby continued to experience resistance throughout 2018, and was fired in June of that year. The city claimed that she was being terminated for failing to resolve a backlog of business licenses awaiting approval, for failing to attend enough classes at a recent fire chief’s conference, for wasting the city’s money, and failing to maintain certification as an arson investigator, according to the Associated Press.

Mosby tried to appeal her termination, but was unable to, due to a provision approved six months earlier by the city council.

Last year, Mosby sued the city, arguing that she should have been allowed to appeal her termination. In April, she filed a separate lawsuit in federal court alleging she was fired due to discrimination based on her sex, her gender identity, and her failure to conform to sex-based stereotypes.

Mosby and her lawyers have since filed a second complaint, arguing that she should be reinstated and compensated for back pay because the city administrator had no authority to fire her.

Because Mosby was a department head, only the mayor or council could have been within their rights to fire her, according to The Telegraph, a Macon-based newspaper.

“Based upon our review of all of the city’s charter, ordinances, and personnel policies, it has become clear to us that the city failed to properly terminate Chief Mosby,” Kenneth Barton, Mosby’s lawyer, told the newspaper.

“Whether or not Chief Mosby, as a department head, was entitled to an appeal shouldn’t matter. She should still be considered an employee of the city and entitled to her old job.”

Related: Transgender fire chief in Georgia claims her firing was a form of discrimination

If the lawsuit is not dismissed, and the courts determine that Mosby was, in fact, fired because of her gender identity or her failure to adhere to sex-based stereotypes, such discrimination would be considered illegal under federal law.

However, it remains to be seen whether the courts will even hear Mosby’s complaint.

Last month, the city filed a motion asking that Mosby’s discrimination lawsuit be dismissed, alleging that Mosby “mischaracterize(d) key facts” in her complaint. Her legal team has until mid-August to file a response.