"Stage Mother" works overtime to entertain, but everything doesn't come up roses

Thom Fitzgerald’s Stage Mother (★★☆☆☆) sets out on a rainbow-tinted road to acceptance and reconciliation, skipping, tripping, and montaging its way to an unconvincing finish. Two-time Academy Award nominee Jacki Weaver (Silver Linings Playbook) stars as Maybelline Metcalf, a Southern Baptist choir mistress who inherits a San Francisco drag bar from her recently deceased and long-estranged gay son, Ricky. Within moments of receiving that fateful call, and against the wishes of her obstinately unaccepting husband, Jeb (Hugh Thompson), Maybelline is off to the Castro to see that their beloved boy is properly put to rest.

A happily conservative Texan, she nevertheless takes it in stride that she’s the new owner of Ricky’s struggling Pandora’s Box. Despite clashing with the club’s manager, Nathan (Entourage‘s Adrian Grenier), who is also her son’s grieving lover, Maybelline is determined to whip the place into shape. Brad Hennig’s script supplies plenty of problems to solve among the cast of queens who perform at Pandora’s Box, including Cherry Poppins (Mya Taylor), Tequila Mockingbird (Oscar Moreno), Joan of Arkansas (Allister MacDonald), and drag mother Dusty Muffin (an underused Jackie Beat). The drag names are more entertaining than the drag performances, even those intended to excite and inspire.

Maybelline’s main innovation for the club is to direct the girls away from lip-syncing for their lives, encouraging them instead to sing out live. Warbling cover tunes — like a sad, slowed-down version of “Finally” — and a few ear-pleasing originals, including group number “He Ain’t Mr. Right,” the cast don’t put on a substantially better show after Maybelline gets involved. But that doesn’t alter the movie’s course — apparently, this Southern lady has just the right touch to somehow turn a drag piano bar into the toast of the Castro. In fact, she works all kinds of wonders. Been rejected by your mother, your ex, dealing with substance abuse or abusive boyfriends? Just hand it over to Maybelline and she’ll fix it.

Weaver is endearing when tossing off Maybelline’s ready comebacks, but her solid performance can’t disguise the eye-rollingly simplistic treatment of this lot’s litany of woes. Grenier brings depth and persuasive anger to his take on the loyal lover, and Lucy Liu is delightful as Ricky’s best friend, the chain-smoking single mom Sienna, but they’re basically props in Maybelline’s triumph.

She is a force who requires only a conversation or two to right everyone’s wrongs through warmth and understanding — which seriously calls into question the movie’s basic premise: that this woman had abandoned her relationship with her child due to a stubborn refusal to meet him halfway. Maybelline sees the error of her ways so early in the film, we never see her change. Rather, we see a story of a conservative straight woman dropping in like Mary Poppins to heal all the fucked up queer folks and allies. That’s probably not director Fitzgerald’s intended message, but there it is, dressed up in sequins and heels. 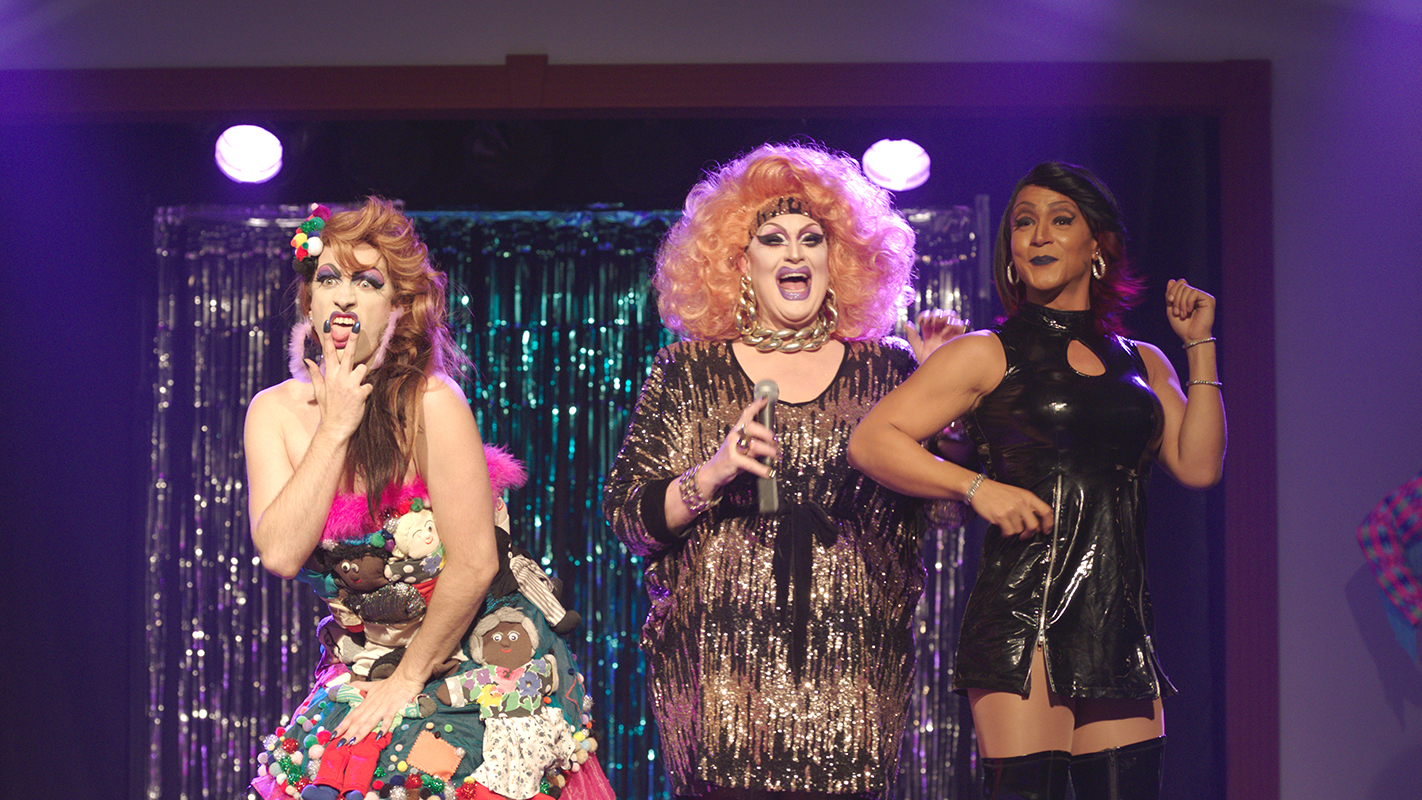