Allister Chang, Randy Downs, and Alex Padro get nods from one of the country's most prominent LGBTQ political organizations 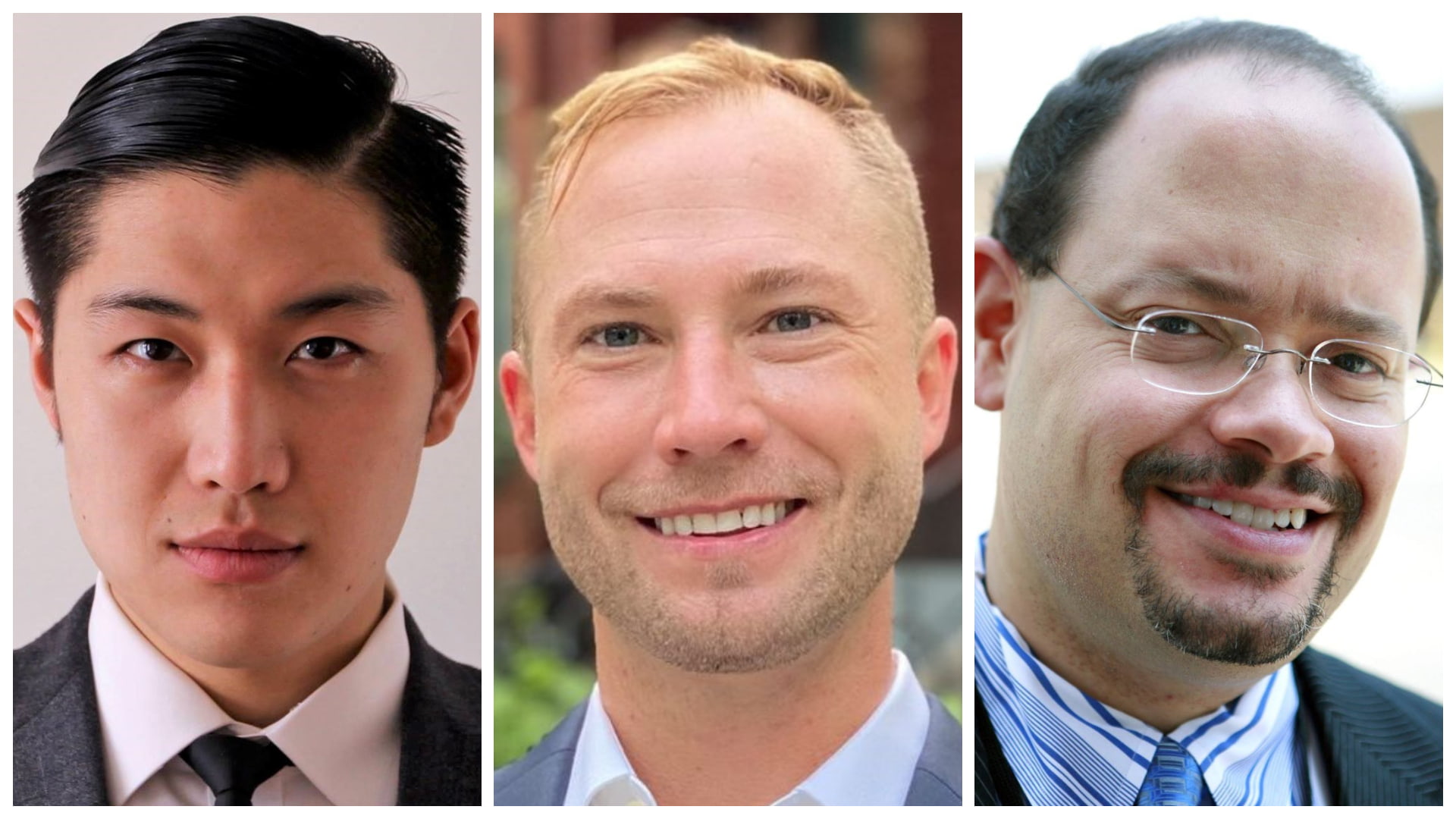 In total, five out LGBTQ candidates are running for office in D.C. this year, out of a total of 67 candidates running for citywide or ward-wide seats.

To earn an endorsement from the LGBTQ Victory Fund, a candidate seeking public office must be openly LGBTQ and committed to LGBTQ rights, including transgender rights.

Chang, an education expert with a Master’s degree in public policy from Harvard’s Kennedy School who previously served as a visiting researcher at the United Nations Educational, Scientific and Cultural Organization’s Institute for Lifelong Learning, as well as a researcher with the Global Public Policy Institute and an Urban Leaders Fellow for the D.C. Council, is seeking an the open Ward 2 seat on the State Board of Education currently held by Jack Jacobson, who is also openly gay.

“LGBTQ students and students of color have always faced unique challenges in our education system and those are compounded by the pandemic and decisions about reopening,” Elliot Imse, the senior director of communications for LGBTQ Victory Fund, said in a statement.

“The D.C. school board needs an LGBTQ member of color with experience in education who understands these issues and can provide that perspective to other members. Allister Chang is the candidate who can be a voice for LGBTQ students and students of color and his work to uplift underrepresented students makes him the best person to represent Ward 2.”

Chang took to his Twitter account to tout the endorsement, tweeting: “I’m honored to be endorsed by the LGBTQ @VictoryFund! As your representative on the @DCSBOE, I will advocate for ALL students.”

Downs, an ANC commissioner for Ward 2, is seeking the seat currently held by Brooke Pinto, who won a special election to fill the remainder of former Councilmember Jack Evans’s term.

Evans was forced to resign earlier this year after an investigation alleged that he breached ethics rules by failing to disclose outside income and failing to recuse himself from votes affecting clients of his consulting firm who had business before the Council.

Downs, who was a supporter of ANC Commissioner Patrick Kennedy in both the Democratic primary and the special election — both of which were won by Pinto — is running as an independent against Pinto, Statehood-Green Party candidate Peter Bolton, and fellow independent Martín Miguel Fernández .

“Randy is a tireless advocate for the District’s LGBTQ community and has made protecting the rights of trans residents a focus of his campaign,” Imse said in a statement.

“He understands the unique challenges LGBTQ people in Ward 2 face — from LGBTQ seniors to young LGBTQ people experiencing homelessness — and that perspective and commitment will help move forward LGBTQ rights in the District when he takes office.”

“I look forward to working with the Victory Fund to ensure affordable housing for LGBTQ seniors and the entire LGBTQ community, expand rights for transgender residents, end the ‘gay panic’ defense in court, address homelessness in the LGBTQ youth and adult population, and invest in the DC Offices of Human Rights and LGBTQ Affairs. To accomplish this and more, the Victory Fund knows a member of the LGBTQ community must be on the DC Council. I’m honored to earn this endorsement.”

If elected, Downs would become the sole LGBTQ member of the Council, and the first since 2014, when Ward 1 Councilmember Jim Graham was defeated in a Democratic primary by current Councilmember Brianne Nadeau, and At-Large Councilmember David Catania (I) gave up his seat to run for mayor.

Downs has previously called it “unacceptable” that there is no longer LGBTQ representation on the Council, saying in a statement: “The D.C. Council needs a leader who is not just an ally, but who is a member of our proud community, able to champion LGBTQ policies from a position of expertise and experience.”

Padro, an ANC Commissioner for Ward 6 who represents the Shaw neighborhood and who previously served as the first board chair of Shaw Main Streets and a member of the DC Library Board of Trustees, is one of 24 candidates seeking two At-Large seats on the Council. Due to the District’s overwhelmingly Democratic lean, incumbent Councilmember Robert White (D) is favored to win one of the seats.

The remaining seat, currently held by the retiring David Grosso (I), must be held by a non-Democrat, meaning that the remaining 23 candidates are likely to divide the remaining vote among themselves. Padro is currently one of four Latino or Latina candidates seeking an At-Large seat, and the only out LGBTQ person among the field of candidates.

“Never before has the D.C. Council had a Latinx member and there are currently no out LGBTQ people on the council,” Sean Meloy, the senior political director for LGBTQ Victory Fund, said in a statement.

“Representation in elected office is essential to ensuring our concerns and priorities are included in policies and legislation. Alexander will be a strong voice for equality on the DC Council and that is why we support him in the at-large race.”

John Riley is the local news reporter for Metro Weekly. He can be reached at jriley@metroweekly.com
← Previous Story Want to own the DC Eagle? Place your bid.
Next Story → SMYAL Fall Brunch to stress importance of support for LGBTQ youth amid social distancing