By John Riley on January 8, 2020 @JohnAndresRiley 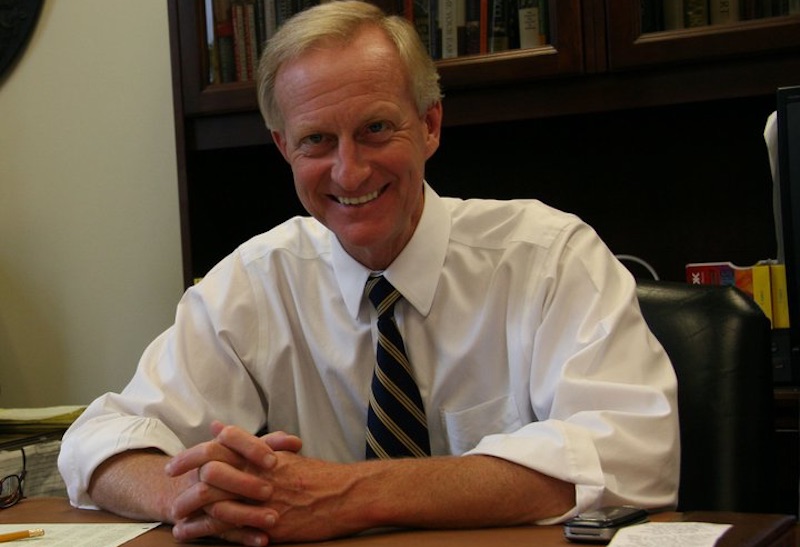 D.C. Councilmember Jack Evans (D-Ward 2), a longtime LGBTQ ally during his nearly three-decade-long political career, has announced he will resign from office effective Jan. 17 after an investigation found he had taken part in “prolonged and egregious wrongdoing” while in office.

“I believe Washington, D.C. to be the pride of the nation, and I am proud of the contributions I have made in helping to create a vibrant city,” Evans wrote in a letter to Council Chairman Phil Mendelson (D). “It has been an honor and a privilege to serve the District of Columbia and the residents of Ward 2.”

Evans, who was slated to run for re-election this year, tendered his resignation following a months-long investigation into accusations that he breached ethics rules by failing to disclose outside income and failing to recuse himself from votes affecting clients of his consulting firm who had business before the Council.

An ad hoc committee, comprised of the Council’s 12 other members, concluded last month that Evans took part in “prolonged and egregious wrongdoing,” and unanimously recommended that Evans be expelled from the Council.

They found that he had used his position as a councilmember to aid a parking company, developers, and a digital sign company that had hired him as a consultant, and never disclosed that they were his clients, according to The Washington Post.

The report was issued after Evans’ house was raided by the FBI in June, and after the Council voted in July to remove Evans as the chairman of the Committee on Finance and Revenue by dissolving the committee and assigning the agencies that would fall under its purview to different committees.

Evans later agreed to pay a $20,000 fine for allegedly using his office for personal gain.

Evans’ colleagues, as well as outraged constituents, began calling for his resignation following news of the findings, with some even circulating a petition seeking to recall the councilmember.

The Gertrude Stein Democratic Club acknowledged Evans’ allyship, but called for his resignation, saying Evans had lost his ability to “be an effective advocate” for his constituents.

Adam Eidinger, a local D.C. activist who spearheaded the recall campaign against Evans, noted that he and others had tried to form an ad hoc committee aimed at collecting signatures from at least 10% of the ward’s registered voters.

They submitted 5,588 signatures to the D.C. Board of Elections, but the board initially ruled that only 3,895 were valid. Later, following challenges from the Evans campaign seeking to have the signatures thrown out, that count was revised upward, to 4,333 — a little more than 600 short of the magic number of 4,949, yet still impressive, given that no sitting councilmember has been successfully recalled in the District’s history.

Eidinger told Metro Weekly that he actually would have preferred to avoid a recall election by having Evans resign, even offering to scuttle the campaign if Evans agreed not to run for re-election.

But Evans refused to make any such promise, and resigned only after it became obvious that his Council colleagues were no longer standing by him.

“He’s the perfect example of why you shouldn’t have someone in office that long. They start to lose touch with reality,” said Eidinger, noting that even he and his fellow signature gatherers believed that the Council would reverse or refuse to stand by their vote calling for Evans’ expulsion from the body.

In the meantime, he said, those concerned about having adequate representation can rely on Mendelson and the Council’s four at-large members for any constituent service issues. 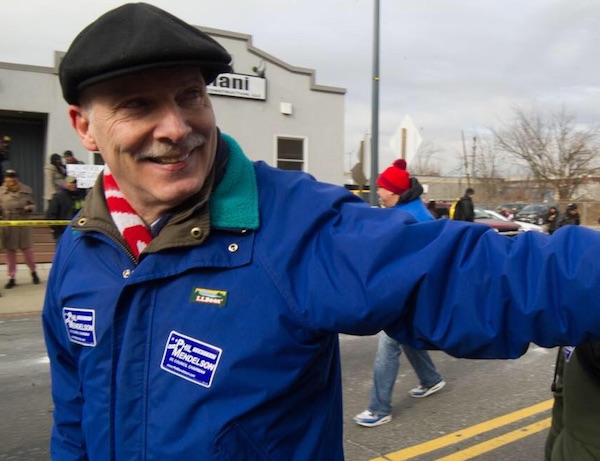 On Tuesday, Mendelson told WTOP that Evans’ resignation was “sad but necessary.”

“The public has a right to expect that their their elected officials are ethical, and it’s a fragile trust,” Mendelson said. “My sense is that since last December, when that initial vote was taken about expulsion, that public has regained much of what it had lost.”

Councilmember Kenyan McDuffie (D-Ward 5) echoed that sentiment, calling the controversy an “unfortunate episode” in the District’s history, but saying Evans’ decision to resign was “the only acceptable outcome.”

Bobbi Elaine Strang, the president of GLAA, the District’s nonpartisan LGBTQ-run policy and political advocacy group, noted that the group had previously called for Evans to step down as chair of the Finance Committee once the first allegations of ethical breaches came to light.

“It is always sad to see a longtime ally of the community depart public service under these circumstances,” Strang said in a statement. “That being said, GLAA believes the resignation was warranted and are relieved that it has come, albeit later than it needed to. Councilmember Evans likely understood that this day would likely come months ago, yet still allowed hubris and wishful thinking to guide his decision making.”

On Wednesday, the D.C. Board of Elections announced that a special election would be held to fill the remaining months of Evans’ term on June 16 — two weeks after D.C.’s scheduled primary elections.

That means that the winner of the special election could be different from who wins the primary for the four year-term starting in January 2021.

Currently, there are six candidates seeking the Ward 2 seat — all of whom announced their intention to run well before the Council took any action against Evans. 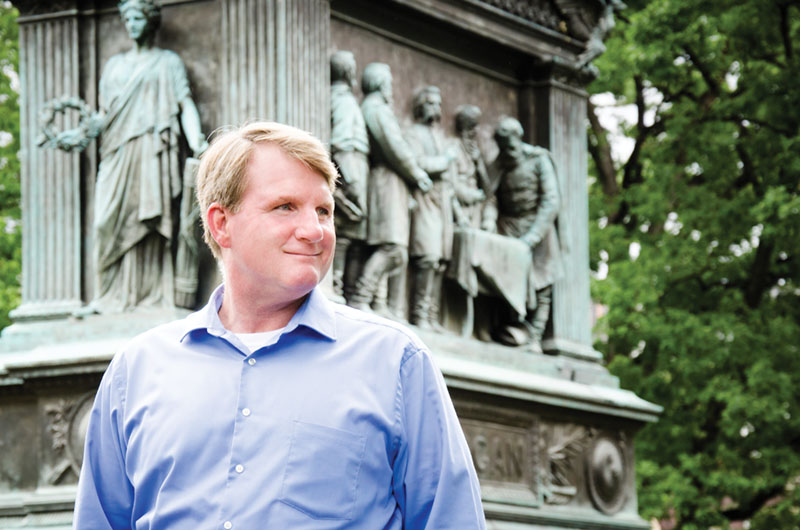 Fanning, who unsuccessfully challenged Evans in the 2000 Democratic primary, told Metro Weekly in an interview that he had been vocal about his disagreements with Evans on matters of policy over the years, particularly when it comes to housing affordability, but it was never personal.

Noting Evans’ long record of pro-LGBTQ actions while on the Council, Fanning said he wanted to work to reassure members of the LGBTQ community that they would have “the representation they deserve” on the Council, which currently lacks any out LGBTQ members.

He also noted that, in addition to their regular duties, the next Ward 2 councilmember must be willing to tackle a number of issues that disproportionately impact members of the LGBTQ community, including a dearth of affordable housing, solutions to tackle homelessness and connect the housing insecure with existing initiatives being promoted by the city, and the need to address hate crimes — particularly in cases where the U.S. Attorney’s Office fails to pursue bias enhancements for crimes committed against individuals because of their sexual orientation or gender identity.

“[Evans] had somewhat of a successful career, and it’s unfortunate that it had to end the way it did,” Fanning said. “But I commend him for making the right decision to resign, so that we as a Ward 2 community can turn the page and have a renewed focus on doing the government’s work for the residents of Ward 2.”

John Riley is the local news reporter for Metro Weekly. He can be reached at jriley@metroweekly.com
← Previous Story Transgender woman dies from gunshot wounds following shootout in Southeast D.C.
Next Story → HIPS holds volunteer orientation for supporting sex workers and other vulnerable populations