By John Riley on September 9, 2019 @JohnAndresRiley 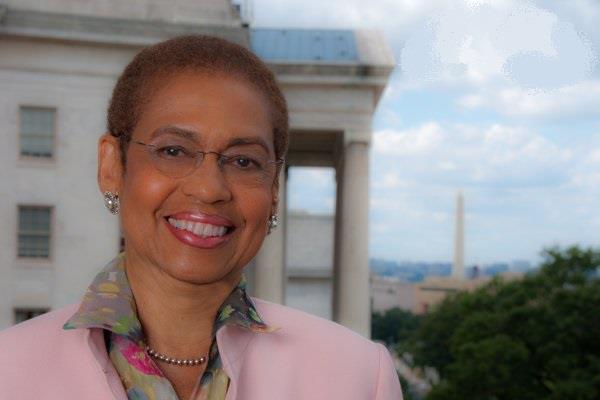 D.C. Del. Eleanor Holmes Norton, the District’s representative in Congress, has made public a letter sent to U.S. Attorney for the District of Columbia Jessie Liu, demanding answers on how Liu’s office prosecutes crimes believed to be motivated by bias.

It comes after members of D.C.’s LGBTQ community told Norton that they were concerned Liu’s office wasn’t taking crimes against LGBTQ people seriously.

Norton previously penned a letter to Liu — a Trump appointee — on July 17 asking her office to respond to questions about how hate crimes, or those motivated by bias towards specific groups, are treated and how the office determines whether to pursue bias enhancements, or additional penalties, against offenders that deliberately target groups for violence. But Norton’s office claims the U.S. Attorney’s Office declined to respond.

“As you are likely aware, the Washington Post has recently published information regarding hate crime prosecutions in the District compared with hate crime prosecutions in comparable cities across the country,” Norton wrote in her most recent letter. “For example, I understand that in 2017, police here arrested 54 adults for hate crimes, but, of those, only two cases were prosecuted by your office, and the hate crimes charges were dropped as part of plea deals.

“I further understand that in 2018, only three people arrested for hate crimes were prosecuted for those crimes. The Post notes that hate crime prosecutions and convictions are at their lowest point in at least a decade, despite the increase in complaints.”

Norton added: “I am concerned about the low prosecution rates by your office compared to those of other cities. I would like an explanation for the very high declination rate for hate crime prosecutions by your office and whether these declination decisions stemmed from a lack of resources or from other causes.”

Norton requested that Liu’s office respond within 15 days of the date of the letter, which she sent on Aug. 29.

A spokesperson for the U.S. Attorney’s Office for the District of Columbia was not immediately available for comment.

A spokesperson for the DC Anti-Violence Project, which seeks to combat hate crimes and works with law enforcement to ensure those who commit them are prosecuted, was also not immediately available for comment.