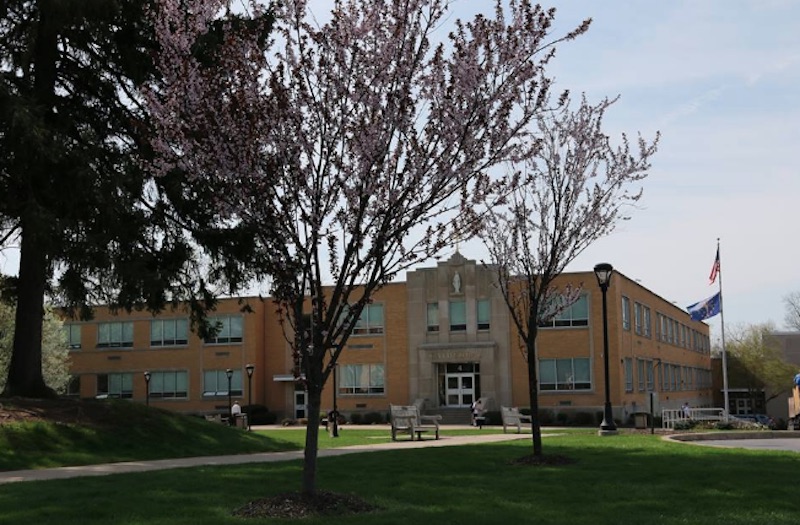 The Trump administration has sided with religious leaders from the Archdiocese of Indianapolis who forced a local Catholic school to fire a teacher for entering into a same-sex marriage.

In a 35-page amicus brief filed last week, the U.S. Department of Justice argued that the archdiocese was within its right to fire Joshua Payne-Elliott, a world language and social studies teacher at Cathedral High School for the past 13 years, on the grounds that he failed to adhere to Catholic doctrine.

The Justice Department says that archdiocese’s firing of Payne-Elliott is protected by the First Amendment, as religious employers in the United States are “entitled to employ in key roles only persons whose beliefs and conduct are consistent” with its “religious precepts.”

Furthermore, the brief argues, the government is prohibited from interfering with religious organizations’ employment decisions under a ministerial exception. The Justice Department made a similar argument in a “statement of interest” in the case.

The archdiocese has argued that Payne-Elliott, as a teacher at Cathedral, had “the responsibility of educating and forming students in the faith,” and that his decision to marry his partner runs counter to Church teaching on marriage.

Following his firing, Joshua Payne-Elliott filed a discrimination complaint against the archdiocese with the Equal Employment Opportunity Commission last June and sued the church a month later, claiming that his firing caused “emotional distress” and damaged his reputation, reports NBC News.

The Archdiocese of Indianapolis has been involved in several fights over the firings of LGBTQ or LGBTQ-friendly teachers on the grounds that their choices or publicly-stated opinions conflict with Church doctrine.

The archdiocese has also received criticism, including from within the Catholic community, for firing two guidance counselors at Roncalli High School who entered into same-sex marriages with women, as well as a straight social worker who tried to defend her co-workers and expressed disagreement with the firings.

The DOJ’s amicus brief continues the Trump administration’s record of siding with religious employers or those with sincerely-held religious beliefs on the grounds that they should not be forced to take any action that runs counter to their beliefs.

In May, the American Civil Liberties Union, along with the Center for American Progress and the LGBTQ think tank Movement Advancement Project, released a report blasting the Trump administration’s attempts to undermine civil rights protections for LGBTQ people under the guise of protecting “religious liberty.”

For instance, in 2017, the Trump administration sided with a Colorado baker who refused to make a cake for a same-sex wedding on the grounds that baking a cake was somehow an “endorsement” of the marriage ceremony and violated his religious liberty.

The administration is currently involved in another case arguing that religiously-affiliated child placement agencies should be allowed to receive taxpayer dollars while actively discriminating against same-sex couples wishing to serve as adoptive or foster parents.