Geo Neptune, an after-school art teacher, says they were encouraged by members of the local community to run for office 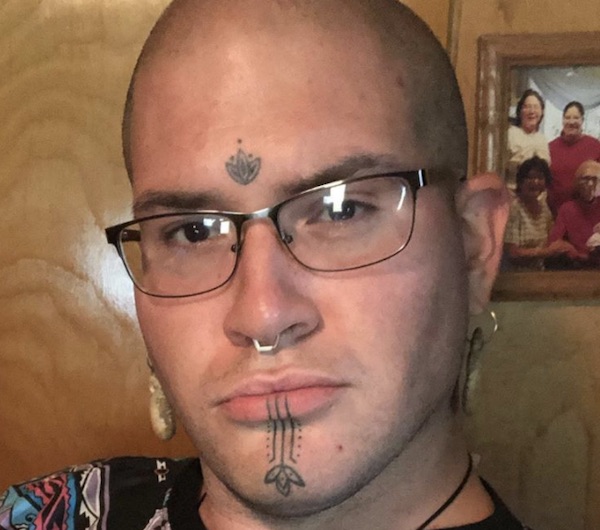 A school board candidate in Maine has become the state’s first openly transgender person elected to public office.

Geo Soctomah Neptune, a Two-Spirit individual who is a member of the Passamaquoddy Tribe, was the top vote-getter among three candidates elected to the Indian Township School Board last week. They are slated to begin their term on Oct. 1.

Neptune, 32, a local artist, basketmaker, drag queen and activist who also works as an art teacher in an after-school program, told Maine Public Radio that they decided to run for school board at the urging of community members and the urging of tribal youth. They say students wanted more access to Passamaquoddy culture and language.

“The education system treats our own culture as supplementary, as an extracurricular activity that the kids are allowed to do, instead of treating Passamaquoddy culture and history as one of the main priorities in the education system,” Neptune told Maine Public Radio. “These youth concerns, on top of community members asking me to run, those are my two motivating reasons for running for this office.”

MaineTransNet, a trans nonprofit organization, was the first to recognize Neptune’s historic win in a post on its Facebook page. That post has since been shared more than 12,000 times.

“I don’t know why it resonates with so many people,” Neptune said of the Facebook post being shared widely, well beyond the borders of Maine. “I just know that I’m trying to do my best to do the work that Creator wants me to do while I’m here. And that my community, both my literal, immediate community, and my greater global community, I’ll say, all really support me, and I really, I really am thankful for that. And I really, I really hope that I serve my community.”

Neptune noted that people often have questions and may even be confused about what it means to be a Two-Spirit individual.

However, their election proves that the local community cares more about Neptune’s campaign promises than how people might try to label them.

“To almost stand up and say that they’re embracing me in this leadership role as a Two-Spirit was incredibly affirming,” Neptune said. “I feel very lucky that I live in a place where my community accepts me because a lot of trans people don’t have that.”

John Riley is the local news reporter for Metro Weekly. He can be reached at jriley@metroweekly.com
← Previous Story Two-thirds of Idaho residents support barring trans athletes from women’s sports
Next Story → Andrew Gillum, former mayor of Tallahassee and Democratic rising star, comes out as bisexual