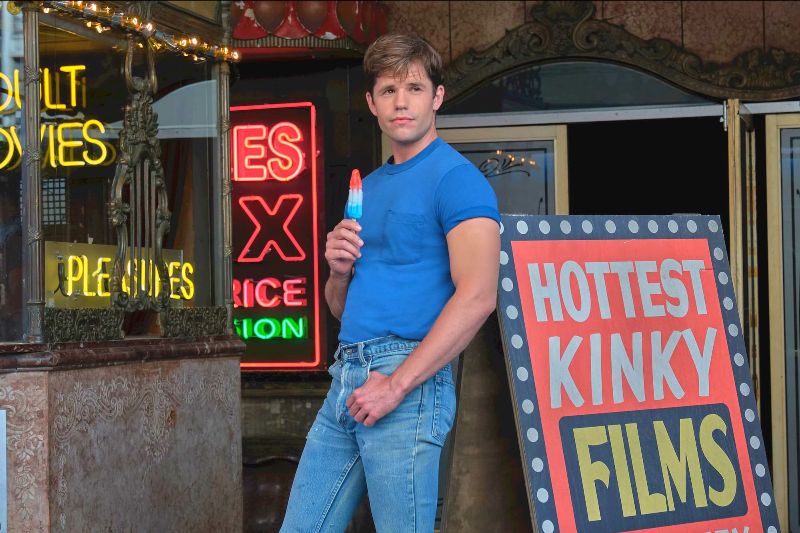 Charlie Carver as Cowboy in The Boys in the Band — Photo: Scott Everett White / NETFLIX

Charlie Carver, star of Teen Wolf and The Boys in the Band, says he decided to come out publicly after a gay man slapped him for being too effeminate.

Speaking to Variety, Carver, 32, says he was at an Emmys party when a gay colleague slapped him and told him to get his mannerisms “under control” so as to not appear openly gay at industry events.

He said the unnamed man, who he had worked with previously, admonished him repeatedly for being effeminate.

“I was told that I needed to ‘get it under control’ around people in the business,” Carver said.

Later that night, Carver said he approached the man and asked him to explain what he meant, at which point the man struck him.

“It wasn’t playful but intentional, pointed and meant to be instructive. A slap,” he told Variety. “I told him that if he ever touched me again, I would name him.”

The interaction led Carver, who rose to fame on Desperate Housewives alongside twin brother Max, to decide to publicly come out.

“That was the moment when I said to myself, ‘I can’t do this. I cannot police myself in that way,'” he said.

Carver revealed his sexuality in a series of Instagram posts in January 2016, noting that as a young boy he “knew, however abstractly, that I was different from some of the other boys in my grade.”

“Over time, this abstract ‘knowing’ grew and articulated itself through a painful gestation marked by feelings of despair and alienation, ending in a climax of saying three words out loud: ‘I am gay,'” he wrote.

He said that being an actor in Hollywood initially complicated things for him, as, despite being a “proud gay man,” he “did not want to be defined by my sexuality.”

Speaking to The Advocate earlier this year, Carver said he was “immensely grateful” to producer Ryan Murphy for supporting him after he came out.

Murphy cast Carver in the 2018 Broadway revival of groundbreaking gay play The Boys in the Band, its recently released film adaptation, as well as Ratched, Netflix’s prequel series to One Flew Over the Cuckoo’s Nest.

“To have kind of other champions in this business who gave me a chance, Ryan Murphy being one of them, they saw something in me and they let me be a part of it,” Carver told the Advocate. “Then, opportunities led to other opportunities…I started kind of stepping into myself, and I believe when you do that, doors open.”

Find out more about the making of The Boys in the Band in this week’s issue of Metro Weekly! Read our interview with director Joe Mantello below:

U.S. Conference on HIV/AIDS to be held virtually later this month

Rhuaridh Marr is Metro Weekly's online editor. He can be reached at rmarr@metroweekly.com.
← Previous Story U.S. Conference on HIV/AIDS to be held virtually later this month
Next Story → Nursing student is the 6th transgender person killed in Puerto Rico this year