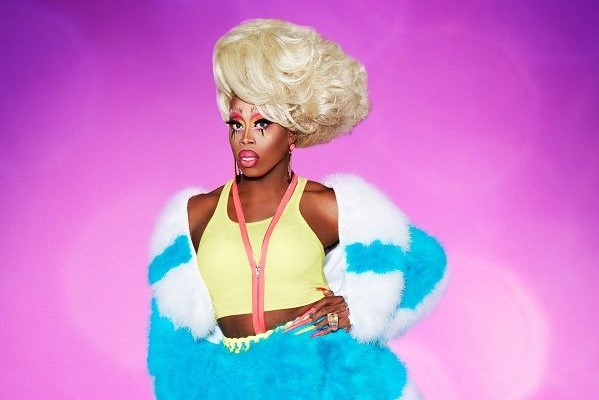 Monique Heart, star of RuPaul’s Drag Race season 10 and All Stars season 4, has opened up about her experience with conversion therapy.

Appearing in an episode of Hey Qween! With Johnny McGovern, Heart’s experience with conversion therapy began after she and her mother moved from Long Island to Kansas City, Mo., where she enrolled at the International House of Prayer University in Grandview.

Conversion therapy is a widely debunked practice that claims to change a person’s sexuality or gender identity, through methods including talk therapy and more extreme efforts such as aversion or shock therapy.

Heart, real name Kevin Richardson, said that she and her mother joined the IHOPU church ministry, where she was asked to discuss her experience with being gay, PinkNews reports.

“I was like ‘I struggle with homosexuality,’ and they call it ‘SSA,’ Same Sex Attraction,” she said.

Heart said she was asked when she had “acted out” last, implying when she had last had sex, to which she said: “[I] had just sucked this man’s dick. I met him at TGI Friday’s when I was working there!”

After revealing her sexuality, Heart said the church put her into its “Pure Heart” conversion therapy program, with the intention of using the Bible to “restore” her. However, church leaders instead tried to blame her sexuality on her upbringing.

“The reason that I am gay is not because my father was not there and I had an overbearing mother,” she told host Johnny McGovern, noting that a friend who is one of six children is gay. “So if it’s a parenting issue, why ain’t the rest of them homos?”

The church ultimately enrolled Heart in a “six-week intensive program,” noting that she did “so well at praying the gay away” that she was elected to be a leader of the program.

However, for six months while working at the “Pure Heart” program, she said that she would “pray with the homos, and then me and my friend would go to the gay bar afterward.”

Escaping to gay clubs transpired to be a “freeing” experience, given she was with other LGBTQ people, she said.

“I mean it was horrible, I mean coming out is not easy, but it was amazing to be in a room with other people who identified like you, and I had never had that experience, so it was just transformative in a way,” she said.

However, Heart’s experience of conversion therapy meant she abstained from any sexual activity with another man for “four or five years,” ultimately only accepting her sexuality after she met another gay person at hair school who affirmed her faith.

“I’ve been a gay man my whole life. I know that God loves me,” the friend told her. “If He is who He says He is, then he has to love you no matter what.”

Their conversation led Heart to “accepting and loving” herself, and “not hiding” her sexuality.

The United Nations recently urged a global ban on conversion therapy, labelling it “cruel, inhuman, or degrading treatment” and saying it “may amount to torture depending on the circumstances.”

Rhuaridh Marr is Metro Weekly's online editor. He can be reached at rmarr@metroweekly.com.
← Previous Story Gus Kenworthy struggled with depression and suicidal thoughts prior to coming out
Next Story → Bob the Drag Queen, Eureka O’Hara, and Shangela host #WeVote drag roll call