By John Riley on October 6, 2020 @JohnAndresRiley 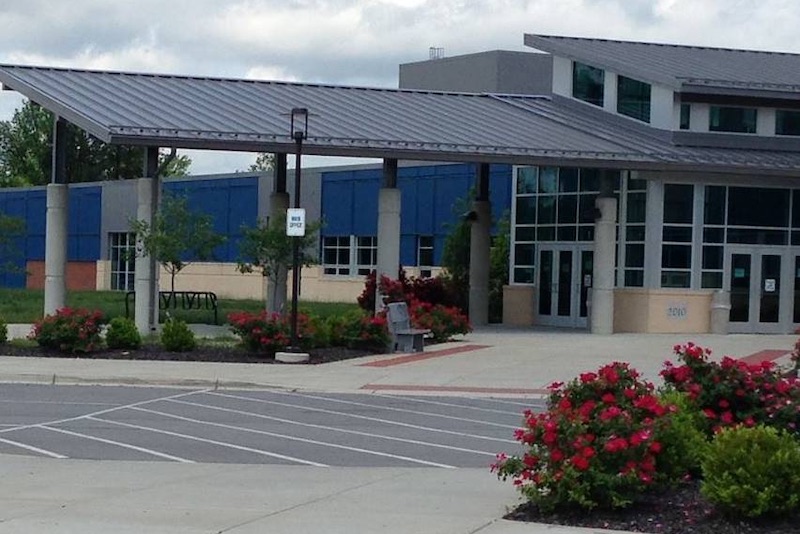 An Indiana mother says she plans to sue her local school district after her 17-year-old lesbian daughter was discriminated against and harassed because of her sexual orientation.

Melissa Hart, of Charlestown, Ind., sent a letter of intent last week to Greater Clark County Schools indicating that she will be suing the district.

She claims that faculty and staff at Charlestown High School discriminated against her daughter, humiliating her in front of fellow students, making derogatory comments about her orientation, and failing to protect her from bullying at the hands of a teacher and an administrator.

“It is time to stop brushing these issues under the rug,” Hart wrote in her complaint. “It is time for Greater Clark County Schools to take decisive action against homophobia and discrimination of any kind taking place within the walls of our schools. Additionally, Greater Clark must invest in comprehensive training for staff regarding how to compassionately deal with LGBT students.”

She is seeking unspecified monetary damages for pain and suffering, a public apology, and the termination of three school district employees who took part in or contributed to creating a hostile environment for her daughter after learning her daughter was in a relationship with a fellow female student, according to the Jeffersonville-based News and Tribune.

Hart claims that one of her daughter’s teachers “humiliated” the teenager on multiple occasions, making derogatory comments about the girl’s sexual orientation in front of other students. On another occasion, when she was late to class, the teacher told her, “You wouldn’t be late if you hadn’t been kissing and hugging on that girl.”

On Monday, Hart claims, her daughter skipped that teacher’s class, along with her girlfriend. A school official caught them skipping class, and the girl admitted to eating cookies and watching TikTok videos while she and her girlfriend hid in the school restroom. Hart says her daughter called her and put the phone on speaker, at which point Hart heard the administrator yell “get your shit and get your gay asses out of there.” Her daughter confirmed the name of the administrator who yelled the slur.

Hart said she remained on speaker phone as two school officials spoke to her daughter in the hallway and in the administration office. She admitted to skipping class. They then asked if she was in a romantic relationship with the other student, and if they had been having intimate relations. Her daughter replied that they had only been watching videos and eating cookies while hiding out.

Hart claims the administrators’ questions made her daughter “feel uncomfortable and isolated as she was forced to answer questions about the fact she identifies as a lesbian,” Hart told the News and Tribune in an email.

Hart later learned that a school official had previously confronted her daughter about complaints from teachers who had objected to her holding hands with her girlfriend. When Hart asked why her daughter was being singled out, she was told the Charlestown community isn’t ready to deal with same-sex relationships.

“I told him, ‘she has rights, my daughter does have rights,” Hart said, recounting her discussion with the administrator. She claims he responded: “No, ma’am, she doesn’t.”

While she agrees her daughter should have been punished with detention for skipping class, she said in her letter of intent that she is “disgusted with the behavior of the CHS administration.” She says school district officials have offered to have her daughter transfer to another class or another school — an option she does not want — instead of upbraiding Charlestown High administrators for their behavior.

In her letter of intent, Hart has said that if her daughter encounters “any additional homophobic remarks or targeting” from the school, she will file a complaint with the Indiana Department of Education.

“Let me be clear, this is homophobic discrimination plain and simple,” she said. “You do not have the right to interrogate my daughter regarding her sexual orientation. [The school official] should be ashamed of himself for targeting my daughter with his homophobic remarks in front of her and the entire class. The CHS administration should be ashamed of themselves for condoning, promoting, and participating in this behavior.”

Greater Clark County Schools Superintendent Mark Laughner said in a statement that the district takes the allegations seriously and has opened an investigation into Hart’s allegations. He declined to comment on the status of, or any findings related to, that investigation.

“Greater Clark does not discriminate on the basis of race, color, national origin, sex (including transgender status, sexual orientation, and gender identity),” Laughner said. “We follow all federal and state laws concerning reports of discrimination. In addition, all staff complete mandatory anti-discrimination training.”

Evan Stoner, the founder and board president of Southern Indiana Pride, told the News and Tribune that the school district should create a plan to address anti-LGBTQ discrimination, and needs to take allegations of discrimination, like those raised by Hart’s daughter, seriously, rather than ignoring them.

Stoner also called on Greater Clark County Schools to “immediately find ways to invest in training for teachers and staff to know how to compassionately deal with students who identify as LGBT.”

Gay Twitter has taken over the Proud Boys hashtag, and it’s beautiful

John Riley is the local news reporter for Metro Weekly. He can be reached at jriley@metroweekly.com
← Previous Story Alaska sued for denying Medicaid coverage for gender confirmation surgery
Next Story → Zachary Quinto felt he had an ‘obligation’ to come out as gay