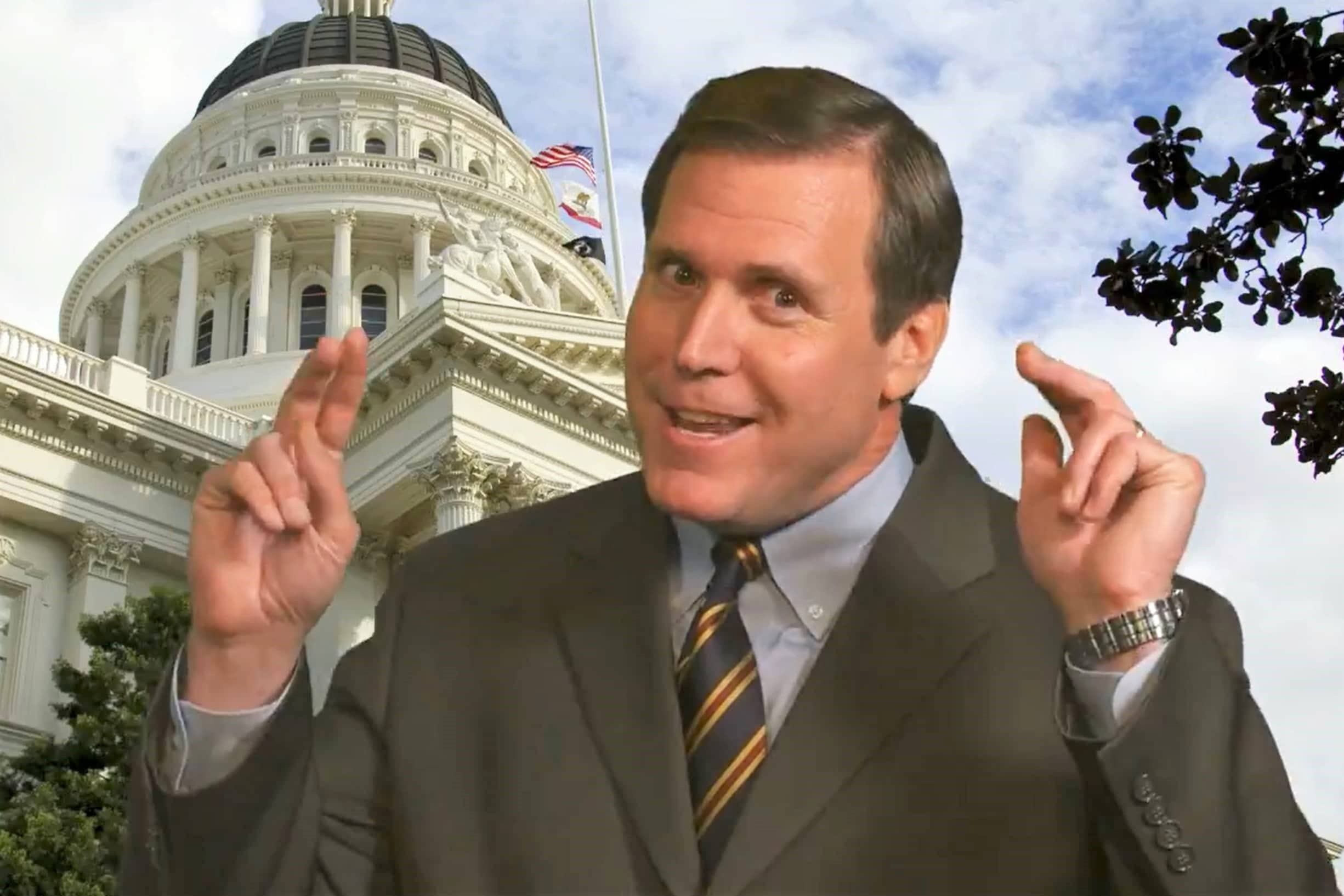 A Republican state senator in California has been condemned by his Democratic opponent after a recently resurfaced video showed him mocking LGBTQ youth and pro-equality legislation.

State Sen. Scott Wilk (R-Santa Clarita) filmed the video, which was posted to Twitter earlier this month, while he was in the California State Assembly in 2013.

In the video, Wilk uses David Bowie lyrics to mock and misgender transgender students while voicing his opposition to AB 1266, a bill signed into law in 2013 that extended discrimination protections to transgender and gender-nonconforming K-12 students.

“David Bowie in the 1970s had a great classic rock song ‘Rebel Rebel’ that included the lyrics ‘You’ve got your mother in a whirl, she’s not sure if you’re a boy or a girl,'” Wilk says, “Well, the State Assembly doesn’t think it matters. Recently, we passed AB 1266, which will require that students be allowed to participate in school activities and facilities based on their gender ‘identity,'” he continues, adding air quotes around the word “identity.”

“Say what? That’s right. If AB 1266 becomes law, schools will be forced to allow a male student to use a girls’ restroom or locker-room if he identifies as a girl,” Wilk says. “Life’s complicated enough for today’s youth, but these proposed ‘Ch-ch-ch-ch-changes’ by the State Assembly I don’t support.”

The video was dubbed cringeworthy on social media:

Brace yourself for some cringe, courtesy of CA State Sen. @ScottWilkCA.

Not only is this old video horrible to trans students, but he obviously doesn't know much about Bowie.

Wilk’s comments were condemned by Kipp Mueller, who is challenging Wilk for his seat in the state Senate.

“It is profoundly disappointing to see Scott Wilk shamelessly attack one of our most vulnerable communities — transgender and gender non-conforming youth — for his own political fodder,” Kipp Mueller said in a statement. “Scott Wilk owes it to the LGBTQ+ community and to all of those he represents to immediately apologize with sincerity and express his regret.”

Equality California Executive Director Rick Chavez Zbur said in a statement that Wilk’s opposition to LGBTQ equality “isn’t new, but this video is an especially shameful attack on LGBTQ+ children, who already face a disproportionate amount of discrimination and harassment at school.”

“While Wilk opposes protections for LGBTQ+ students, Kipp Mueller — the son of a community college counselor for students with disabilities — will invest in our public schools and ensure that every student has a safe and supportive learning environment,” Zbur continued. “The choice for voters in Senate District 21 is clear: we need Kipp Mueller fighting for us in Sacramento.”