Dean Browning claims he was quoting a follower, "Dan Purdy," who Twitter users say appears to be Patti LaBelle's son

By John Riley on November 11, 2020 @JohnAndresRiley 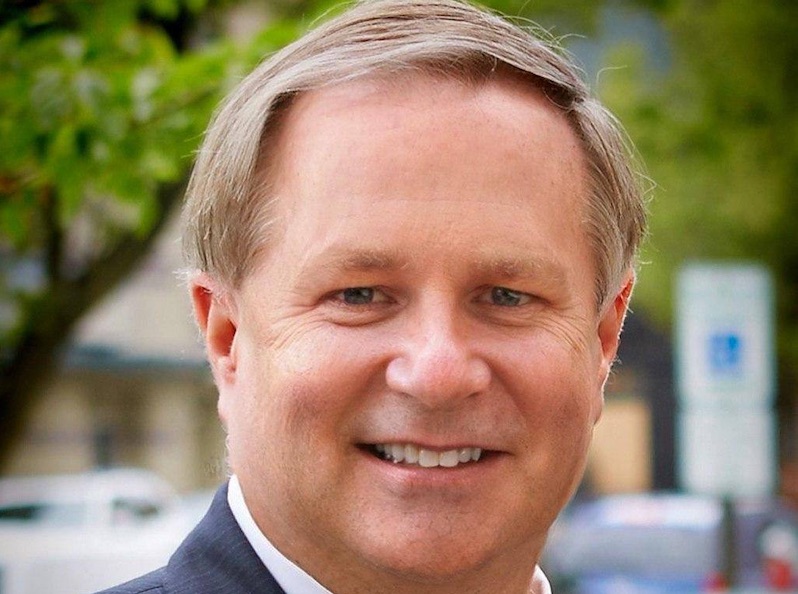 A former Republican congressional candidate in Pennsylvania has been accused by some Twitter users of engaging in “digital blackface” after he shared an anti-Barack Obama, pro-Donald Trump message on his Twitter feed in which he referred to himself as a “Black gay guy.”

Dean Browning, a former Lehigh County Commissioner who narrowly lost a primary election for the Republican nomination in Pennsylvania’s 7th Congressional earlier this year, is white.

But the post in question read: “I’m a black gay guy and I can personally say that Obama did nothing for me, my life only changed a little bit and it was for the worse. Everything is so much better under Trump though. I feel respected — which I never do when Democrats are involved.” 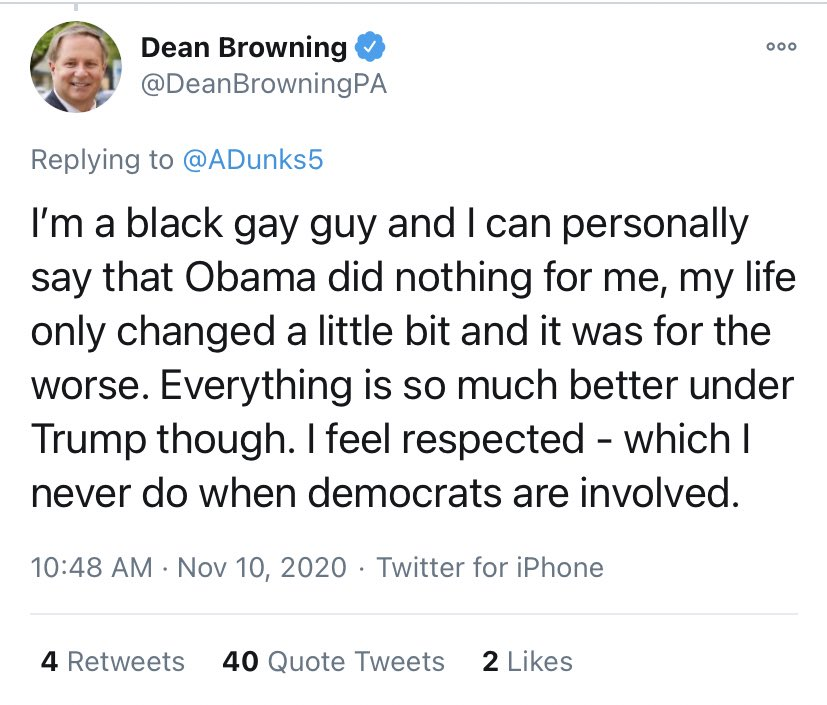 Twitter users discovered what they believed to be Browning’s burner account, in which the user, @DanPurdy322, purports to be a gay Black man who often criticizes liberals, black women, or other left-leaning groups while praising Trump and Republicans.

The account, whose avatar features an illustration of a Black man, was created last month and has around 700 followers. “Dan Purdy” also follows 150 accounts, most belonging to prominent national Republican leaders, as well as Browning’s official account.

Browning later responded to the incident, claiming he was quoting a message he received from a follower, and apologizing for not making it clearer.

“Trump received record minority votes and record LGBTQ votes,” Browning tweeted. “Many people won’t say it vocally, but do it in private.”

Later, a man claiming to be “Dan Purdy” posted a video defending Browning, saying he intended to send that message to the Pennsylvania Republican, according to USA Today.

“I am indeed a gay, black man,” the man in the video said. “The message that you saw on Dean’s Twitter was posted — I don’t actually know how it was posted — but I did send it to him because I had a problem with how people of my race and sexual persuasion are treating Donald Trump.”

But Twitter users investigating the claims claim that the man who says he is behind the Dan Purdy account appears to be William Holte, the son of singer and entertainer Patti LaBelle, according to Complex.

After the story initially began trending on Twitter, Browning linked to the video and criticized the media for following the story so intently.

“I wish the media would pay attention to the voter irregularities in the state of Pennsylvania as much as they have this Twitter story,” he said.

John Riley is the local news reporter for Metro Weekly. He can be reached at jriley@metroweekly.com
← Previous Story Worried about Trump stealing the election? Let Brian Sims help.
Next Story → NYPD settles harassment lawsuit brought by transgender advocate for $30,000