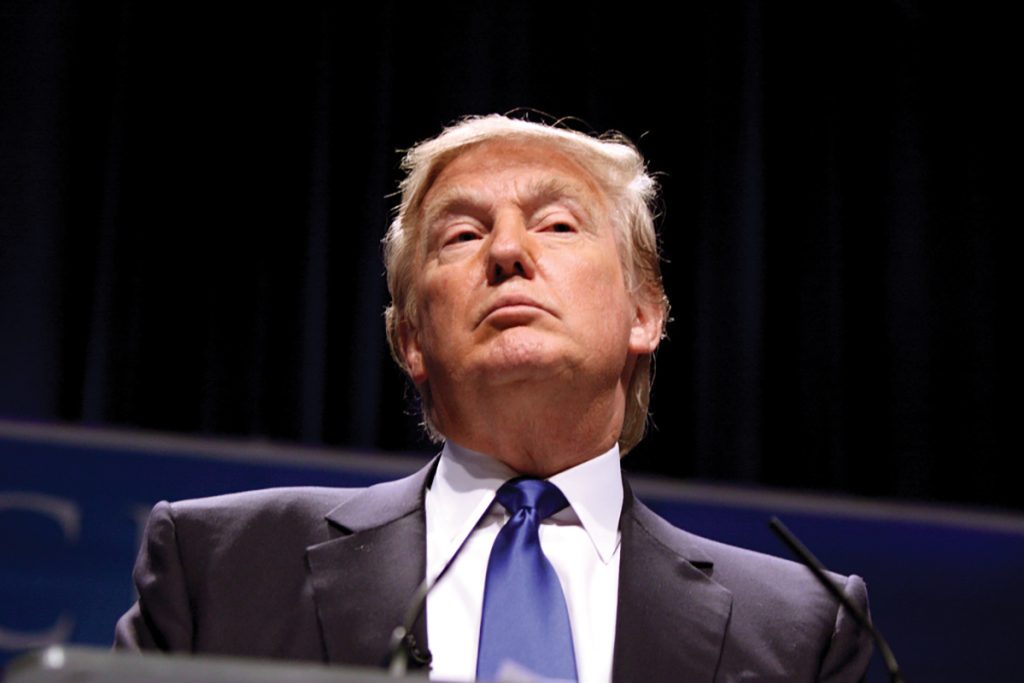 For the fourth year in a row, President Donald Trump failed to acknowledge or specifically mention LGBTQ people in his annual proclamation as part of World AIDS Day.

“Today, our Nation joins millions across the globe in remembrance of the precious lives lost to human immunodeficiency virus and acquired immunodeficiency syndrome-related illnesses, and we reaffirm our support for those living with these diseases,” Trump said in his proclamation, which commemorated Dec. 1 as World AIDS Day.

“Over the past 40 years, HIV and AIDS have infected more than 77 million people worldwide and claimed no less than 35 million lives, including those of 700,000 Americans,” the president continued. “Currently, there are approximately 1.2 million people living in the United States with HIV, including roughly 170,000 people who have not been diagnosed. Additionally, it is all too clear that this deadly disease disproportionately affects racial and ethnic minorities.”

While Trump’s omission of LGBTQ people — and in particular the disproportionate effect the disease had on the LGBTQ community in the early years of the AIDS epidemic — is nothing new, it is a point of contention for HIV advocates and LGBTQ activists, who have frequently criticized him for ignoring the community except when it’s politically convenient over the past four years.

Defenders of the president argue that he has been unfairly criticized, pointing to his promises to dedicate money focused on ending the epidemic, seeking to increase testing for HIV, link those living with the virus to treatment, and trying to ensure compliance with medicine their viral load in order to reduce transmission of the virus.

But critics say the president has undermined his own purported goal by failing to address other factors that exacerbate the HIV epidemic, such as the trouble HIV-positive individuals may have in obtaining health insurance coverage for costly anti-retroviral medications, disparities within certain communities that are fueled by socioeconomic factors such as poverty, racism, or homophobia, and a widespread stigma towards the virus that may inhibit people from getting tested or seeking treatment

“Once again, the Trump-Pence administration’s decision to not recognize LGBTQ people in his proclamation on World AIDS Day is tone-deaf and offensive,” Alphonso David, the president of the Human Rights Campaign, said in a statement. “Since taking office, the administration has prioritized undermining the rights and well-being of the LGBTQ community, including those living with HIV and AIDS.

David also expressed hope that the incoming Biden-Harris administration would take a more comprehensive view of dealing with the epidemic and the social factors contributing to it in the future.

“LGBTQ people in the United States and around the world continue to be disproportionately affected by HIV and AIDS, especially Black and Latinx members of the community,” David continued. “To end the HIV epidemic, we must uplift the voices of those who have been affected and commit to end the stigma that still surrounds HIV.”

“It should surprise no one that Trump failed to acknowledge LGBTQ Americans, especially transgender Americans,” Joe Huang-Racalto, the director of government relations and public policy with the HIV advocacy organization NMAC, told Metro Weekly in an interview. “We’re very much looking forward to engaging with the Biden-Harris administration and turning the page on this horrific chapter.

“When Trump accepted the nomination for the presidency in 2016, he said he’d be the most pro-gay president ever,” added Huang-Racalto. “It’s been four years, and we’re still waiting.”