Jane Badler refused to let ANTIBOY die with her son

After Harry Hains died before releasing his debut album as ANTIBOY, his mother stepped in to complete his vision. 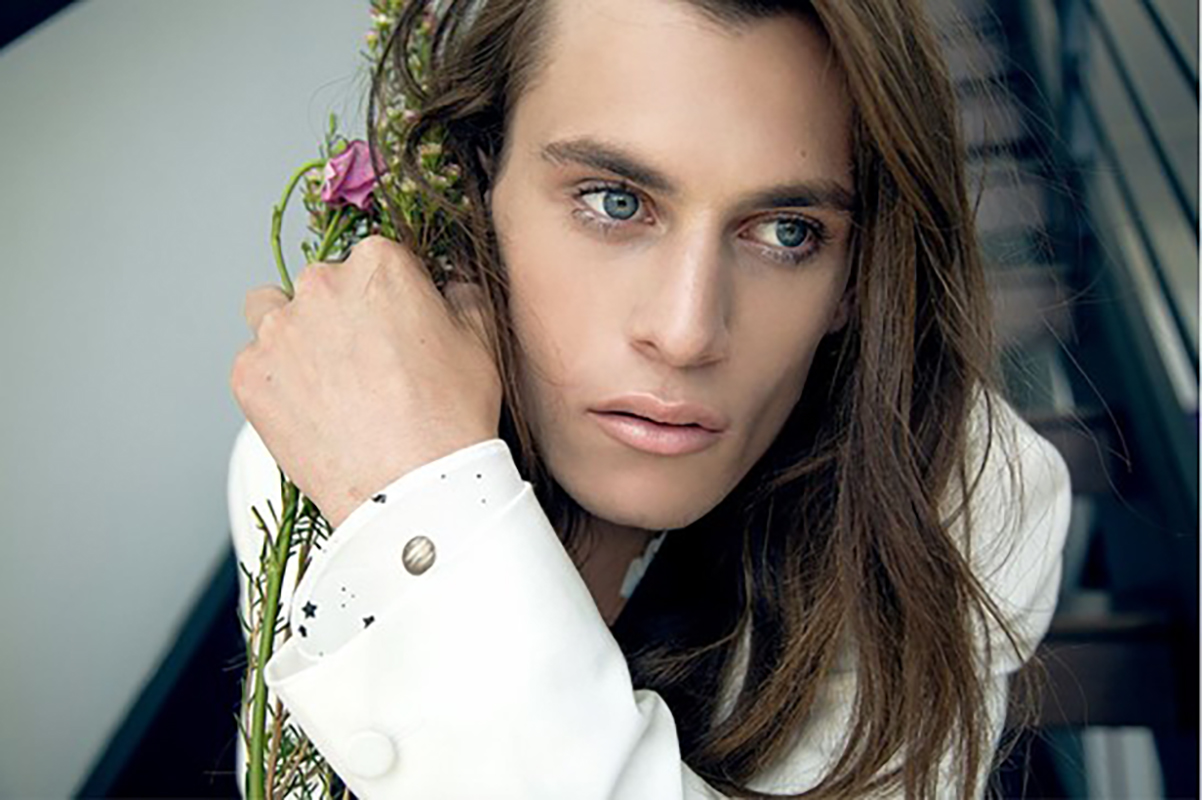 Harry Hains held ambitious aims for his music alter ego ANTIBOY. Recording an album of lyrical electro-pop under the moniker, Hains conceived of ANTIBOY not only as a stage name, but as a non-binary trans-human character meant to embody their vision for an inclusive future, free of labels. Gender, sexuality, and race are social constructs, Hains insisted, and genderless ANTIBOY would represent “true equality.”

Hains poured his vision for ANTIBOY into writing, performing, and co-producing debut album A Glitch in Paradise, but didn’t survive to share that vision with the world. Last January, the Australian-born musician and actor, who starred in the 2015 queer drama The Surface, died at 27 of a fentanyl overdose.

But Hains’ family — including parents Stephen Hains and actress Jane Badler, best known for her iconic role as villainous Diana in ’80s sci-fi franchise V — was determined to bring ANTIBOY’s creation to fruition. So, on December 4, following the summertime release of singles “Good Enough” and “Bang Bang,” the full-length album A Glitch in Paradise dropped. The release date would have been Hains’ 28th birthday, marking a bittersweet victory for the artist’s most vocal champion.

“I get emotional thinking about it,” says Badler. “We were so close, we were like little soul mates. Maybe the last seven years of his life, we weren’t as close because he was much deeper into his addiction. But he was so creative. And I always was such an advocate for his creativity because I’m very creative.”

Badler advocates passionately for the purpose Harry put behind ANTIBOY’s music. “He hated labels, because he was gender-fluid and didn’t like people putting him in any kind of box,” she says. “He just wanted freedom. So I think that to carry on that vision right now is more important than ever. And I guess I’m the perfect person, and I can’t not do it.” 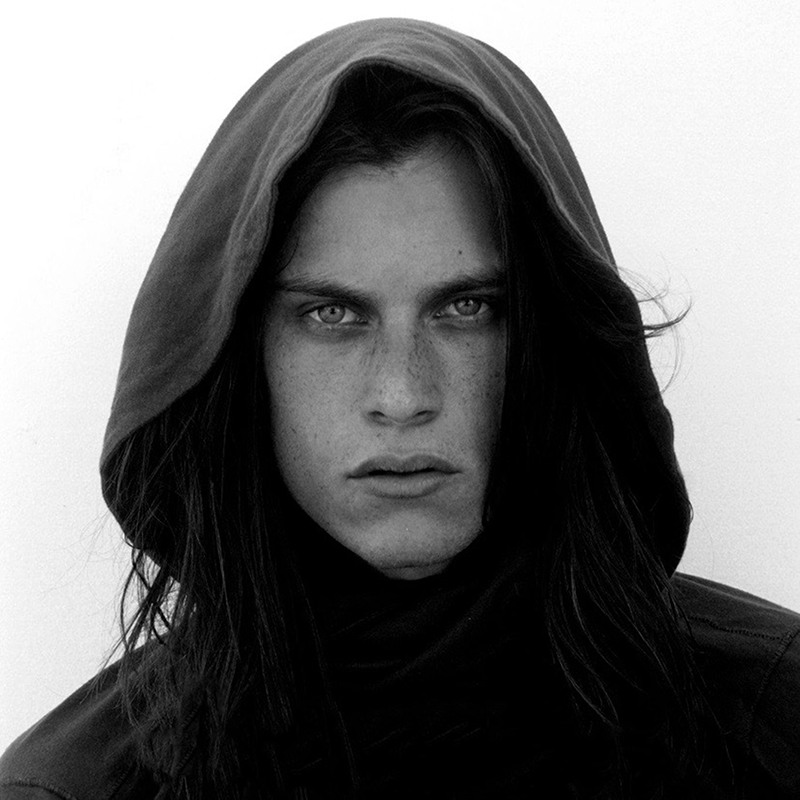 AntiBoy: A Glitch In Paradise

The project truly is a family affair, with Hains’ brother Sam, a 3D artist and designer, directing computer-animated music videos for ANTIBOY’s “Bang Bang,” an atmospheric cover of the Nancy Sinatra classic, and the confessional track “Paradise.”

“Sam channeled his brother,” Badler says. “I think it was quite difficult for him. He got inside the head of Harry and what Harry would have liked. And it was exhausting, but it was a labor of love because he always wanted to work with Harry.”

An apt reflection of ANTIBOY’s vision of inclusivity and gender fluidity, “Dream” celebrates “the beauty of difference,” which Badler credits her son for helping her better appreciate. “I think it’s a very difficult thing to do, for people to not judge people. And not just on gender and race, but if someone’s fat or thin or if someone’s older. So many of us have preconceived notions of who we are because of how we look. And I myself have been very judgmental, and I think that since I’ve had a son like Harry, a lot of that has been blown apart.” 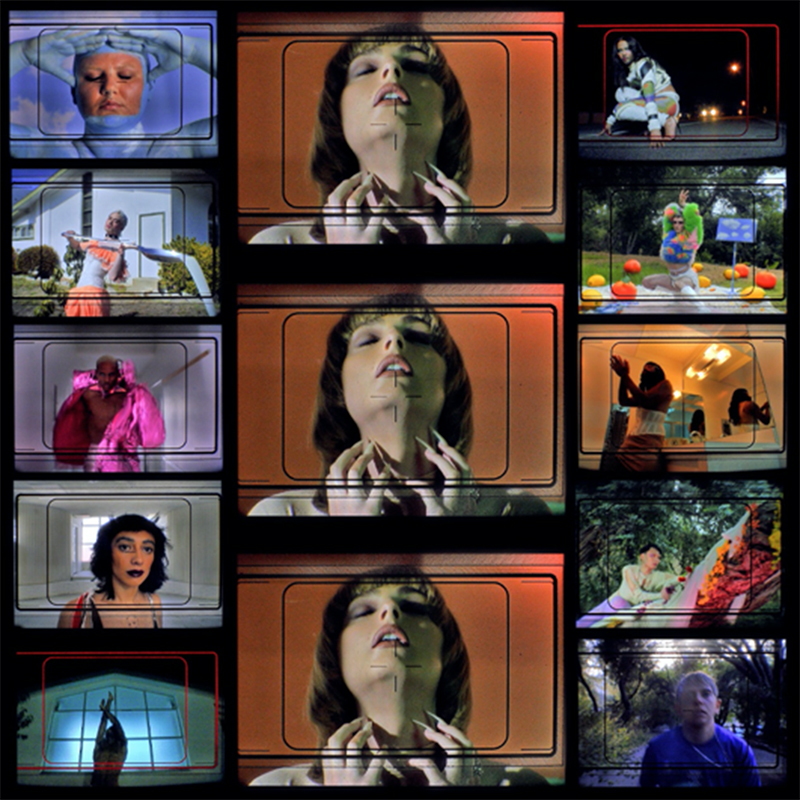 Badler admits many of those lessons were driven home not just by watching Harry express his identity and creativity, but also by witnessing his struggles with addiction and mental illness. “I mean, I used to judge homeless people thinking, ‘Oh, well, they’re there because they did something,'” she says.

“When you have a child with addiction, you realize the line between homelessness is very fine, because your child, no matter what kind of background they have, can end up on the streets because of mental health or things that are beyond their control. So I’ve really stopped being judgmental. And I think that Harry never judged people. Never. That was an incredible trait he had. He never judged people. He had no judgment in him. I think he was born like that. But wouldn’t it be wonderful if just a small part of that could become how we perceive people? And not judge them by their gender or by their preferences, because really it’s about love. That’s what it’s about.”

A Glitch In Paradise is currently available for streaming and purchase.

André Hereford covers arts and entertainment for Metro Weekly. He can be reached at ahereford@metroweekly.com. Follow him on Twitter at @here4andre.
← Previous Story 10 Essential Holiday Albums & Singles for Christmas 2020
Next Story → The 10 Best Albums of 2020