By John Riley on December 22, 2020 @JohnAndresRiley 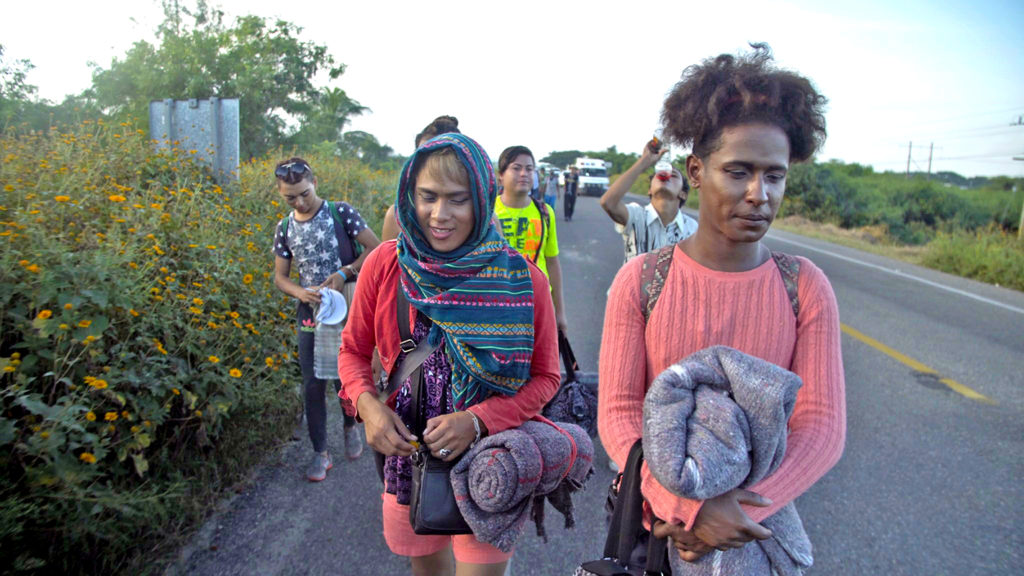 A coalition of LGBTQ groups has filed a federal lawsuit against the U.S. Department of Homeland Security for a rule that would make it all but impossible for LGBTQ and HIV-positive refugees fleeing violence and death threats in their home countries to seek asylum in the United States.

The Trump administration rule, which is set to go into effect on Jan. 11, 2021, makes sweeping changes to the U.S. asylum system without congressional approval and reinterprets who qualifies as a refugee, imposes a number of new criteria that asylum seekers would have to meet to be granted “credible and reasonable fear” interviews, which are used to determine the level of threat that an individual faces in their country of origin.

The rule eliminated eligibility for asylum to anyone with a gender-based claim, meaning most transgender people would not qualify. And it defines “persecution,” which refugees must prove in order to be granted asylum, in such a narrow manner that even people who receive death threats because of their sexual orientation, gender identity, or HIV status are unlikely to qualify.

Additionally, the rule allows applicants for asylum to only declare their membership in a “particular social group” only once, ignoring any cultural considerations that may inhibit people from disclosing their HIV status or their LGBTQ identity.

Another portion of the rule prohibits refugees from seeking asylum if they didn’t do so in a “transit country,” or a stop along the way to the United States, or if they stayed in a transit country for more than 14 days, even if they were trapped there and unable to move on.

As such, an LGBTQ person who fled persecution in Chechnya, for example, and was waylaid in Hungary, and did not seek asylum in Hungary due to that country’s homophobic and transphobic laws, would be disqualified from seeking asylum in the United States.

The lawsuit, which is filed on behalf of Immigration Equality, Oasis Legal Services, the TransLAtin@ Coalition, the Black LGBTIA+ Migrant Project, and Transgender Law Center, alleges that the new rule is not only contrary to law, but arbitrary and capricious in the scope and manner of limitations it places on prospective asylees.

They also claim it violates asylum seekers’ right to due process under the Fifth Amendment, and that it was approved without sufficient time to receive public comment on the rule.

The plaintiffs are seeking a temporary and a permanent injunction to block the rule from taking effect, a judgment finding the rule is unlawful and overturning it, and payment of attorneys’ fees and other legal costs incurred in bringing the lawsuit.

“The Trump administration’s disdain for immigrants and refugees and indifference to their suffering is no secret,” Jennifer Pizer, law and policy director for Lambda Legal, which is representing the plaintiffs, said in a statement.

“Just as with every single action on immigration that this administration has taken, the glaringly obvious goal of this rule is to end asylum altogether,” Pfizer said. “These unjustified, arbitrary and capricious, and illegal changes effectively close the door for nearly all refugees, betraying one of our Nation’s core values — that we offer safe haven to persecuted minorities seeking safety from prejudice-based life-threatening violence.”

Caroline Kornfield Roberts, the executive director of Oasis Legal Services, said her organization helps hundreds of LGBTQ asylum seekers fleeing violence and death threats each year, and generally wins 99% of their cases. But under the new rule, she says, “over 80% of our clients could be barred from protection, facing deportation and death in their home countries.”

“This rule will cost hundreds of thousands of lives, including those of LGBTQ and HIV-positive people,” Bridget Crawford, the legal director for Immigration Equality, said in a statement. “If the ban is allowed to go forward, the U.S. will deport countless LGBTQ and HIV-positive refugees back to persecution, torture, and death.

“The Trump administration’s attempt to abolish asylum cuts at the very heart of who we should be as a nation: a beacon of hope for people fleeing persecution,” Crawford added. “This rule must never see the light of day.”

Aaron Frankel, the partner and co-chair of the Pro Bono Committee at law firm Kramer Levin Naftalis & Frankel LLP, said in a statement that it was “crucial” to obtain an injunction to block the rule from going into effect due to the harm it would cause, noting: “While the Biden administration likely would eventually overturn this rule, that process is not easy and will take a long time, leaving many people in life-threatening situations.”

“The rule sets an impossible standard for everyone seeking asylum in the United States, by design, and the consequences will be especially dire for refugees who are LGBTQ+ or living with HIV,” Lynly Egyles, the legal director for Transgender Law Center, added. “Asylum seekers deserve a home where they are safe, can live with dignity, and thrive.”