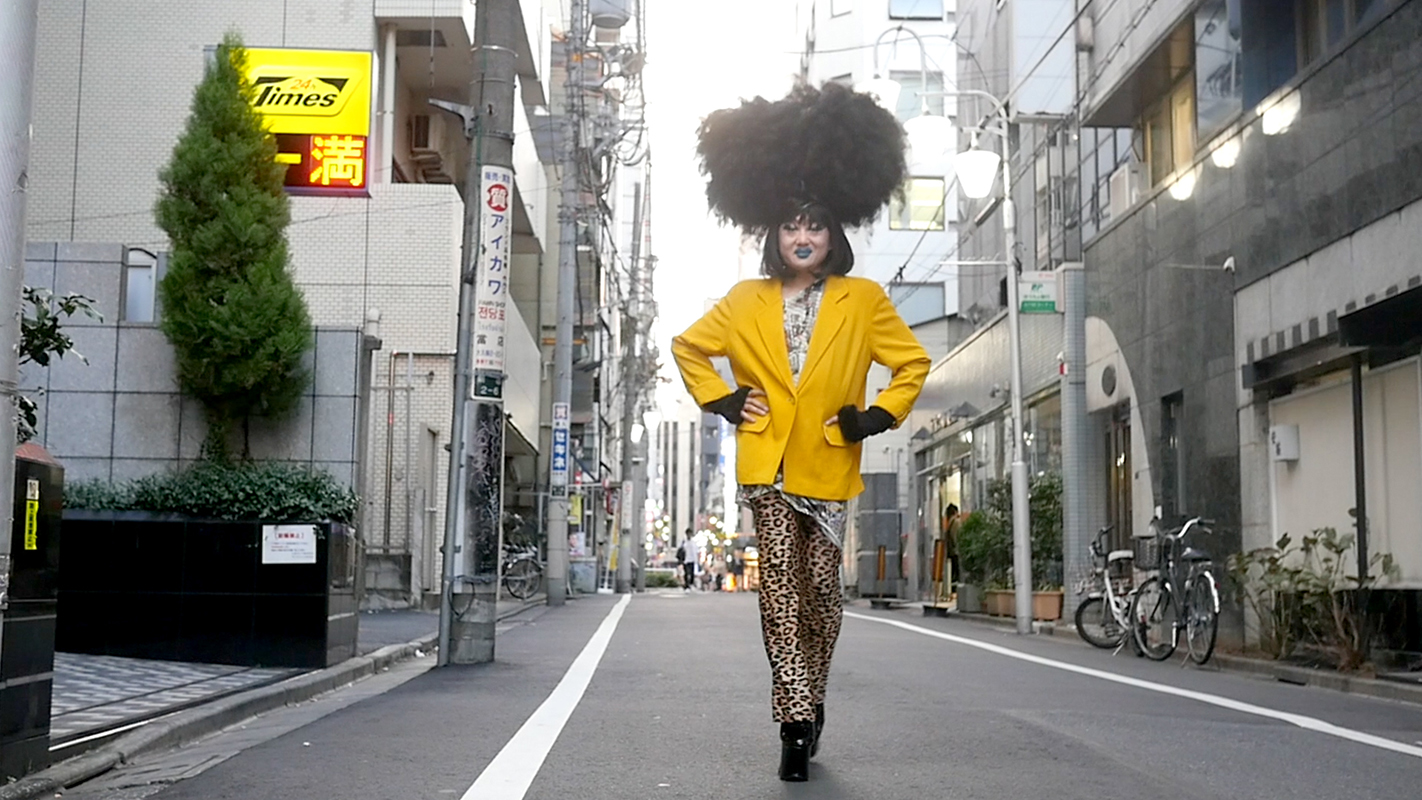 The film could be accused in its first half of overindulging a taste for the offbeat, focusing exclusively on sex and gender mavericks like gay manga artist Gengoroh Tagame. One of the movie’s more endearing characters, Tagame is interviewed inside a well-appointed S&M dungeon. Drag artist Margarette, an elegant vision of Priscilla-style camp and glamour, is shown hosting a leather-and-latex puppy fashion show at Tokyo’s Department H, an alt-queer nightclub for fetish, kink, and cosplay. And from pups in leather, the film segues easily to the work of artist Saeborg, who fashions body suits out of rubber to “transcend the human form” by cosplaying as various female livestock.

Director Graham Kolbeins wisely has selected artists, designers, performers, and personalities who create or produce eye-catchingly visual expressions of their queerness. For some, their most profound visual expression might be their own appearance, and Kolbeins’ camera finds beauty and wonder in them all. However, a sense starts to creep in that the film might ignore all but the most strikingly alt-queer lifestyles. Butoh artist Atsushi Matsuda seems to implicate the filmmaker, a Canadian, when lamenting foreigners’ “fascination” with exotic Japan. But, to Kolbein’s credit, he includes that light criticism, and throughout allows his subjects to address their lives, identities, and sexuality in their own terms.

Shot over three years, and adopting a TV-magazine approach to covering a broad and diverse subject, the movie assembles a compelling big-picture view from its myriad, detailed mini-portraits. Eventually, the story turns to those queer Japanese folks simply going about their quiet lives. But even the quiet ones make noise from time to time. 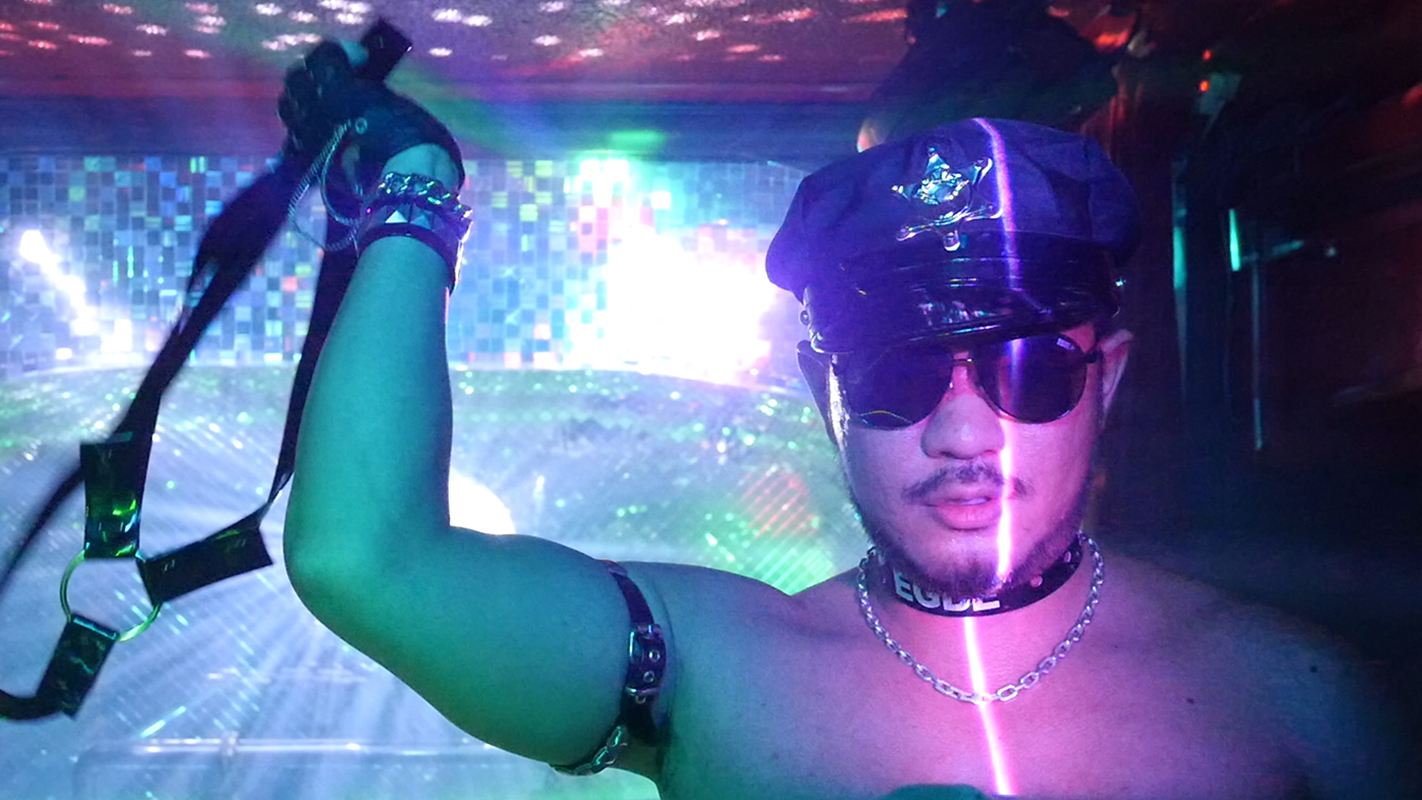 Chief among interview subjects who have had an impact on the nation’s queer mainstream, trailblazing trans politician Aya Kamikawa anchors the film’s discussion of LGBTQ+ civil rights. Artist Akira the Hustler addresses the issue of Japan’s racism and discrimination, while trans sex worker Lily Taiga talks about fighting against the exploitation of her community.

Taiga also fronts rock band HIV, “the only group in Japan doing songs specifically about STIs.” As with politico Kamikawa or Akira the Hustler, or manga man Tagame, Taiga is an articulate spokesperson for her community, and for the progress of queer rights in general. But the film doesn’t spend the time with her, or any of its subjects, to generate a deep emotional response to their stories.

One could leave Queer Japan enlightened and informed about Japanese culture and language, having been thoroughly entertained but not necessarily moved. Still, it’s worth the trip to acknowledge heroes like Kamikawa and Tetsuo Onitsuka, founder of DISTA, an LGBTQ center dedicated to HIV prevention, and to join the bold exploration of every edge and corner of queer Japan.

Queer Japan is available starting Dec. 11 through Theatrical At Home and on Digital HD platforms, including Apple TV, Prime Video and Google Play.

André Hereford covers arts and entertainment for Metro Weekly. He can be reached at ahereford@metroweekly.com. Follow him on Twitter at @here4andre.
← Previous Story Francis Lee tells a powerful, personal tale of lesbian love in ‘Ammonite’
Next Story → Ma Rainey’s Black Bottom review: A fitting finale for Chadwick Boseman