In a welcome display of love following a particularly depressing year, a COVID-19 vaccine appointment turned into a surprise marriage proposal.

As a frontline medical worker, Robbie Vargas-Cortes, 31, a paramedic and EMS supervisor, was among the first group of people to receive vaccinations against COVID-19. When he scheduled himself to receive the first dose of the vaccine on Dec. 23 at Sanford Canton-Inwood Medical Center, he knew his boyfriend of five years, Eric Vanderlee, a registered nurse, would be one of those administering the vaccine.

That was when Vargas-Cortes decided to seize the opportunity to surprise Vanderlee with a marriage proposal, telling CNN: “I wanted for it to be a surprise.”

Vargas-Cortes told CNN he had bought the ring three years ago and had been waiting for the perfect opportunity to pop the question.

“We’re nearing the end of the pandemic,” he explained about the timing and symbolism of his proposal. “The vaccine is kind of like a new chapter.”

Vanderlee, who never suspected anything, said that when he went to give Vargas-Cortes the vaccine, he saw there was tape on his arm, “like a bulls-eye or something,” and thought Vargas-Cortes was signaling where he wanted to receive the shot.

It was only on closer inspection that he realized Vargas-Cortes had a ring taped to his arm.

“It just kind of dawned on me and I was like, ‘absolutely, of course, yes.’ It was just an amazing moment after I figured it out,” he said.

In a Facebook post, shared alongside video of the proposal, Sanford Health wrote: “Congratulations, Eric and Robby!”

One commenter responded: “If you like it you should put a ring and vaccine on it! Congrats!!”

Although the couple does not plan to wed until after the pandemic is over, they are overjoyed to be able to take such a huge step forward.

“South Dakota is a very conservative state,” Vargas-Cortes said. “We wouldn’t have had the right to marry without the Supreme Court in 2015. So to see such an outpouring of support, especially from our fellow South Dakotans, has been uplifting.

“It gives me a new confidence to be okay with who we are,” he added. “I always say I’m too scared to hold his hand in public, and now that this has happened, that seems kind of silly.” 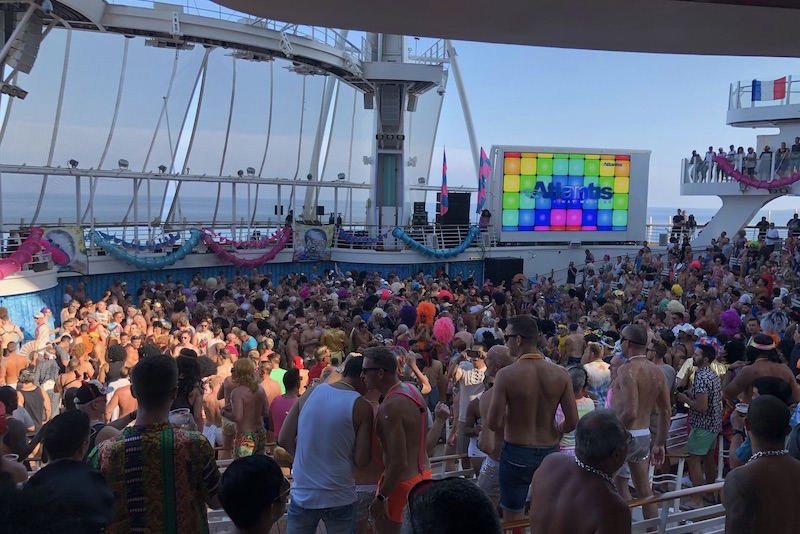