Man was convicted in 1994 at age 18 for engaging in consensual same-sex relations under now-defunct Idaho law.

By John Riley on April 2, 2021 @JohnAndresRiley

A Montana resident has asked a federal judge to overturn the requirement that he register as a sex offender because he was convicted of having consensual gay sex under Idaho’s now-defunct anti-sodomy law in 1994.

Randall Menges, 45, says the state of Montana’s requirement that people who are required to register as sex offenders in other states must register as one in Montana is unconstitutional.

He says that being forced to register as a sex offender has ruined his life, limiting his ability to get good job opportunities, pursue relationships, and even restricting where he is able to live.

Menges, who served seven years in prison after being convicted for engaging in a consensual sexual relationship at 18 years old, says that when people find out he’s a registered sex offender, they don’t believe his story about why he was convicted.

And even those that do still worry about associating with him — in work and in his personal life — because of the stigma surrounding the label.

“Society just wanted me to disappear into thin air,” Menges told The Missoulian.

What makes Montana’s registration requirement unusual is two court rulings, both of which — at least on the surface — would appear to bolster Menges’ case.

In 1997, the Montana Supreme Court found that the state’s law banning “deviant sexual relations” was an unconstitutional violation of a person’s right to individual privacy. The Montana Legislature later repealed the statute in full in 2013.

Yet even though the Idaho law under which Menges was convicted should have been overturned by the Supreme Court’s ruling, he remains a convicted sex offender in that state.

While in prison, Menges attempted to get his conviction overturned, but missed the deadline to file. He is currently one of several plaintiffs suing Idaho over convictions stemming from the now-defunct anti-sodomy law.

Upon moving to Montana, he was heartbroken to learn he’d have to register as a sex offender because of his conviction elsewhere. After years of experiencing difficulty because of being listed on the registry, he sued the Montana Attorney General’s Office last December, claiming the state’s policy of reciprocity when it comes to sex offender registration has violated his constitutional rights.

But Assistant Attorney General Hannah Tokerud argued, in a hearing before U.S. District Judge Dana Christensen, that the case should not hinge on whether the act for which Menges was convicted is no longer illegal.

Rather, she said, the case simply depends around whether Menges is required to register as a sex offender in Idaho — and, as long as he is, Montana is obligated to require him to stay on the registry as well.

Menges’ attorney, Matthew Strugar, argued that Montana is trying to “pass the buck” to another state while enforcing a registration requirement that is unconstitutional.

He said his client is seeking a court order telling the state to stop requiring him to register as a sex offender, remove his name from the sex offender registry, and delete any state records related to his conviction.

“This case involves the lingering effects of centuries of homophobic ‘sodomy’ prohibitions,” Strugar wrote in the original complaint.

Judge Christensen did not rule on the case, but promised to issue a ruling “quickly” to resolve the issues in question. 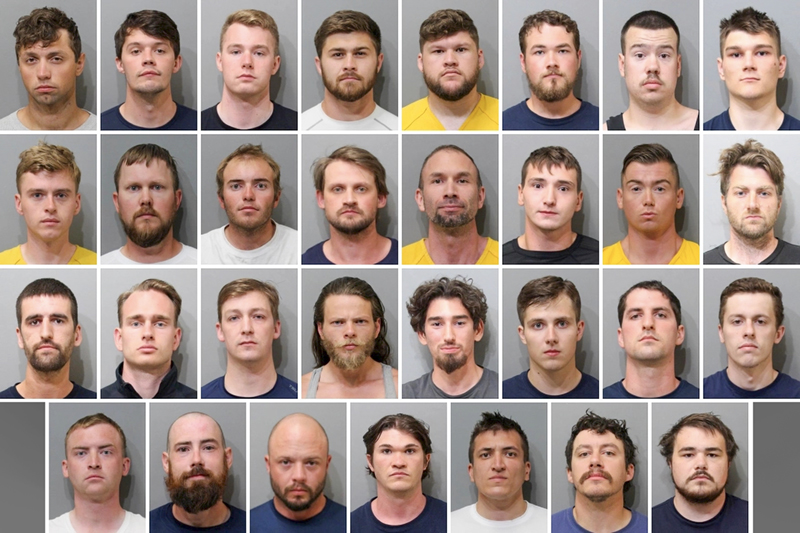 Speaking with NewsNation anchor Leland Vittert in an interview last Friday, Paxton said that his office would be enforcing Texas anti-abortion statutes and pursuing civil penalties against doctors who provide abortions following the Supreme Court's overturn of Roe v. Wade.