The Human Rights Campaign Foundation has filed a federal lawsuit against the state of Florida on behalf of a transgender student who is seeking to play on the girls’ soccer team at her middle school.

The lawsuit, filed in U.S. District Court for the Southern District of Florida, charges that Florida’s so-called “Fairness in Women’s Sports Act” is discriminatory and unconstitutional.

Relying on federal court decisions and actions by the U.S. Department of Justice in which anti-LGBTQ discrimination has been defined as a form of illegal sex-based discrimination, HRC Foundation and the D.C.-based law firm Arnold & Porter, assert that the law, signed into effect by Florida Gov. Ron DeSantis (R) at the start of LGBTQ Pride Month, forces transgender children to choose between continuing the activities they love or having their gender identity affirmed by the adults in their lives.

The plaintiff in the case, referred to as “D.N.” in court documents, is a rising eighth-grade student in Broward County who has participated in team sports since she was eight years old.

She has enjoyed a supportive school and team environment, and has participated as a member of various girls’ sports teams, without incident.

With her parents’ support, D.N. began receiving gender-affirming medical care in middle school. As such, some of her teammates and coaches are aware of her gender identity, and others are not.

“D.N.’s identity and development are that of a girl and she is on estrogen. She has no competitive advantage merely because of the sex assigned to her at birth. Now and when she enters high school, from an athletic perspective, she is similarly situated to her cisgender female teammates,” D.N.’s legal team argues in its complaint.

The lawsuit argues that the law achieves no “compelling governmental interest” and “ignores basic medical science, as well as the impact of hormone suppressants.”

The law also potentially subjects D.N. — and other transgender girls — to an invasion of privacy, as she would have to effectively “out” herself as transgender if she was only allowed to participate on boys’ teams and use boys’ locker rooms — potentially resulting in bullying, harassment, or even physical violence at the hands of her school peers.

“Transgender girls who want to participate or continue to participate in school-sponsored girls’ sports, now must face the risk their participation will be subject to legal challenge. They and their family could be involuntarily compelled into protracted and invasive litigation,” the complaint reads.

“Any such suit would, of necessity, require production of private medical and academic records, which in any other context would not be available to other students or those students’ families, let alone the general public.”

D.N. says she finds joy in, and has made a number of friends by participating in various sports, including basketball, softball, and soccer.

Under the Florida law, she will be forced to either play on the boys’ soccer team or quit sports altogether, which her lawyers argue would be detrimental to her academic and social development.

“Playing sports makes me feel like I fit in, the thought of not being able to play next year scares me,” she said in a statement. “I’m going to be lonely and sad if I can’t play.”

D.N.’s parents, Jessica and Gary, have tried to support their daughter as best they can, supporting her transition and encouraging her to pursue her passion by participating in sports — at personal cost to them (both financially, through registration and equipment fees, as well as changing their work schedules to ensure they can transport D.N. to activities and are able to see her play).

They are disheartened by the recently passed law barring transgender students from sports teams matching their gender identity.

“It is a very helpless feeling to know that people think our daughter does not deserve the rights to play sports with her friends—she has been playing with them for the last seven years and it has not been an issue,” Jessica and Gary said in a statement.

“Taking this right away will only further isolate her from her peers and take away her ‘safe space.’ She is just a girl that wants to play sports with her friends and be part of a team. As her parents, we just want her to be happy.”

The Florida law is one of several dozen that have either been signed into law, or have failed to pass during this year’s legislative session, but are being revived by Republican lawmakers in various states.

In addition to its legal action in Florida, the HRC Foundation announced it will soon file lawsuits challenging other bans on trans athletes in Arkansas, Mississippi, and Tennessee.

“Given the unprecedented onslaught of state legislative attacks, we have a responsibility to utilize every tool in our belt to safeguard the LGBTQ community, including suing the states that infringe upon our civil rights,” Alphonso David, the president of the Human Rights Campaign, said in a statement.

“On the first day of Pride Month, a moment of celebration, Governor DeSantis signed a bill into law attacking transgender children — now, on the last day of Pride, we are sending a message to him, and all anti-equality officials, that you cannot target our community without retribution.

“Kids just want to play sports, and are confused about why their state’s leaders, who are elected to represent them, are so determined to hurt them,” David added. “There is no way to be more clear: transgender children are children; transgender girls are girls; transgender boys are boys; and our community deserves respect, dignity and equal protection under the law.”

Another poll, conducted by HRC and Hart Research Group in March 2021, found that 73% of voters agreed with the statement that “sports are important in young people’s lives and young transgender people should be allowed opportunities to participate in a way that is safe and comfortable for them.”

Both a coalition of 138 major corporations and the NCAA, the governing body in collegiate sports, have expressed opposition to laws like Florida’s that target transgender student-athletes, with the latter threatening to potentially yank sporting events from states with anti-LGBTQ laws in place.

“We cannot sit idly by as Republican legislatures make transgender youth the newest target of a campaign of hate and ignorance,” Jon Harris Maurer, the public policy director for Equality Florida, said in a statement.

“Equality Florida stands with our partners challenging the cruel and unnecessary Transgender Youth Sports Ban in Florida and elsewhere. Transgender youth are some of the most at-risk in our community, and we will never stop fighting for them.”

“It is important to recognize this is hate disguised as legislation,” Tatianna Williams, the executive director of TransInclusive, an African American trans-led advocacy and support organization in South Florida, said in a statement. “It sets a tone and sends a message to the larger community that discrimination against the transgender community is okay –this is deeper than sports. We have to lead by example and understand the mental health impact this has on our already-at-risk community.” 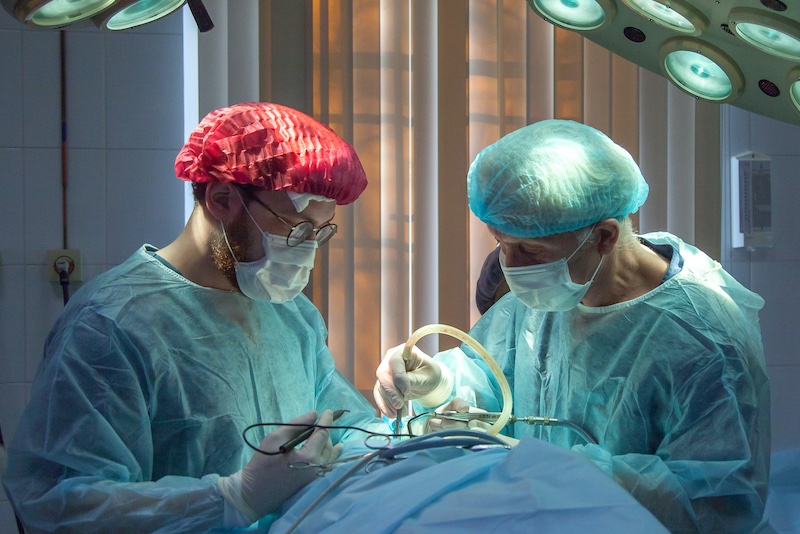