Monsignor Jeffrey Burrill, general secretary of the USCCB, stepped down from his role after The Pillar contacted both him and the USCCB — the official mouthpiece of the church in the United States — to say they had found evidence of his conduct.

The circumstances surrounding The Pillar‘s investigation have come under scrutiny, in part because it reportedly used location data from Grindr to track Burrill’s movements.

However, the publication refused to give specifics on how it accessed that data — which they said was “commercially available records of app signal data” — or which vendor provided the data from Burrill’s cellphone.

[An] analysis of app data signals correlated to Burrill’s mobile device shows the priest also visited gay bars and private residences while using a location-based hookup app in numerous cities from 2018 to 2020, even while traveling on assignment for the U.S. bishops’ conference.

According to commercially available records of app signal data obtained by The Pillar, a mobile device correlated to Burrill emitted app data signals from the location-based hookup app Grindr on a near-daily basis during parts of 2018, 2019, and 2020 — at both his USCCB office and his USCCB-owned residence, as well as during USCCB meetings and events in other cities….

On June 20, 2018…the mobile device correlated to Burrill emitted hookup app signals at the USCCB staff residence, and from a street in a residential Washington neighborhood. He traveled to Las Vegas shortly thereafter, data records show.

On June 22, the mobile device correlated to Burrill emitted signals from Entourage, which bills itself as Las Vegas’ “gay bathhouse.”

The Pillar said it had used a data vendor to access the app signals from Burrill’s phone, which were then “authenticated by an independent data consulting.” It did not name the firm, or the method used to analyze the data.

The publication then approached USCCB officials to present its findings. They claim that before they could meet with officials this week, Burrill resigned.

“What was shared with us did not include allegations of misconduct with minors. However, in order to avoid becoming a distraction to the operations and ongoing work of the Conference, Monsignor has resigned effective immediately.”

They added: “The Conference takes all allegations of misconduct seriously and will pursue all appropriate steps to address them.”

The allegations, as well as the methods used to obtain the evidence that led to Burrill’s resignation, have drawn conflicted responses from Catholics.

But Mike Lewis, founder of Catholic news site Where Peter Is, told the Washington Post that the methods used to investigate Burrill made him uncomfortable.

“Rather than bringing the truth to light, it’s ruining a man’s life,” Lewis said.

Former USCCB official Kim Daniels tweeted that while “increasing transparency” in the church was “vitally important,” such transparency efforts need “credibility checks built in, or they risk undermining the effort.”

“Among other issues, this story used data ‘obtained’ from a data mining vendor without naming the vendor, the third-party investigator, or who paid to purchase the mined data from the vendor,” Daniels wrote. “Without that information readers can’t adequately assess the story’s credibility. The end result: efforts toward increased transparency are not strengthened, they’re undermined.”

She added: “The actions alleged in the story are wrong, violating Church teachings on many levels. And this all lands as yet another gut-punch for me & so many other Catholics. That’s one reason why credibility is so important here. Without it, we’ve moved backward, not forward.”

Ashkan Soltani, former chief technologist for the Federal Trade Commission, told NBC News that Burrill’s story shows how easily private data can be accessed, given a relative lack of regulation.

“It’s a shadow industry that’s existed for quite some time,” Soltani said. “It’s a multibillion-dollar industry that feeds off this data and profits from the sale of it.”

An additional sour element to The Pillar‘s reporting included the suggestion that Burrill’s alleged use of Grindr “could be seen to present a conflict with his role in developing and overseeing national child protection policies.”

The Pillar issued a statement saying it didn’t intend to suggest that Burrill had solicited sex from minors or sexually abused them, adding, “But law enforcement, child protection advocates, and academics have warned repeatedly that location-based hookup apps pose risks of both intentional and unintentional exploitation and abuse of minors.”

In a statement to the Washington Post, a Grindr spokeswoman called The Pillar‘s reporting “homophobic” and said the “alleged activities listed in that unattributed blog post are infeasible from a technical standpoint and incredibly unlikely to occur.”

“There is absolutely no evidence supporting the allegations of improper data collection or usage related to the Grindr app as purported,” they added.

Grindr later revised that statement, saying, “We do not believe Grindr is the source of the data,” adding “[the] pieces simply do not add up.”

However, Grindr has faced multiple allegations of exposing its users’ sensitive data. In January, Norway’s Data Protection Authority threatened Grindr with a $12 million fine and accused it of illegally sharing personal data from users of the free version of the app with third-party companies.

Norway’s Consumer Council also found that Grindr was sharing sensitive user data to more than a dozen companies, including location data, sexuality, and other information.

Research in 2019 also found that Grindr was exposing users’ exact location, with researchers claiming that the company had known about the flaw for years, but refused to fix it.

In 2018, Grindr faced similar scrutiny after it admitted to sharing users’ HIV status with two outside companies for testing purposes.

The data sharing arrangement allowed the companies to see a user’s HIV status and their “last tested date,” for those who are HIV-negative or on pre-exposure prophylaxis.

Grindr said at the time that the firms were required to provide “the highest level of confidentiality, data security and use privacy,” but the data being sent — including HIV status, users’ GPS data, phone ID, and email — could be used to identify specific users. 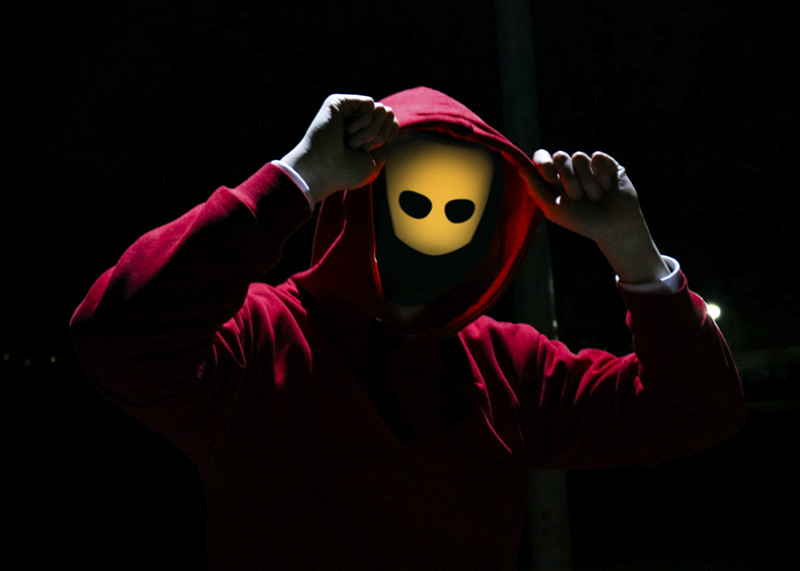 A new investigation from the Wall Street Journal has shown that from 2017 to 2020, Grindr was selling its users' data. The investigation revealed that Grindr sold over 13 million users' data to the highest bidder.

Religious Leaders Around the World Commit to Supporting The LGBTQ Community

Six principles meant to protect LGBTQ individuals across the world were adopted by religious leaders around the world.

Over 150 religious leaders, academics, and influential people from all over the world met at a conference in London on March 21 to agree upon “six principles to safeguard LGBTQ lives.”

Held by the Global Interfaith Commission on LGBT+ Lives, and sponsored by the Foreign, Commonwealth & Development Office, the two-day event set a new precedent on LGBTQ issues for religious leaders all around the globe.

Hailing from various countries -- the United States, Columbia, Uganda, Indian, Hungary, England, and Australia, among them -- the delegates in attendance included pastors, imams, and rabbis, as well as leaders of LGBTQ advocacy groups and technical experts on LGBTQ issues.