Cardinal Raymond Burke, a high-ranking official in the U.S. Catholic Church, has been placed on a ventilator after contracting COVID-19.

The anti-gay conservative and vaccine skeptic was hospitalized just days after testing positive for the coronavirus during a visit to Wisconsin.

“Doctors are encouraged by his progress,” Burke’s official Twitter account said on Aug. 15, urging followers to “pray the Rosary for him.”

After testing positive, Burke, 73, tweeted on Aug. 11 that he was “resting comfortably and receiving excellent medical care. Please pray for me as I begin my recovery. Let us trust in Divine Providence. God bless you.”

The Guardian reports that Burke, who lives in Rome, was often spotted without a mask. He has also repeatedly criticized COVID-19 vaccines, including arguing against vaccine mandates, claiming they violate the “integrity” of citizens.

“It must be clear that vaccination itself cannot be imposed, in a totalitarian manner, on citizens,” Burke said in May.

He also spread the debunked conspiracy theory that vaccines are being used to implant microchips in recipients “so that at any moment he or she can be controlled by the State regarding health and about other matters which we can only imagine.”

“While the State can provide reasonable regulations for the safeguarding of health, it is not the ultimate provider of health. God is,” Burke added. “Whatever the State proposes must respect God and His Law.”

Burke also called it “abhorrent” to accept a vaccine that had been developed “through the use of the cell lines of aborted fetuses.”

Neither Pfizer nor Moderna used fetal cell lines in the development or production of their vaccines — only in the confirmation stage to prove their efficacy, with those cell lines thousands of generations removed from fetal tissue taken from an elective abortion in 1973.

Burke’s stance puts him at odds with the Vatican, which last year issued guidance saying that current vaccines are morally acceptable, given no other alternatives exist.

It is not currently known if Burke has been vaccinated.

Burke was previously archbishop of St. Louis and promoted to cardinal under Pope Benedict XVI. However, his outspoken criticism of Pope Francis led him to be demoted from a senior position in 2014.

Burke repeatedly opposed Francis’ efforts to reach out to gay Catholics, including an attempt in 2014 to soften the church’s hardline stance against homosexuality.

“The pope, more than anyone else as the pastor of the universal church, is bound to serve the truth,” Burke told Buzzfeed News at the time. “The pope is not free to change the church’s teachings with regard to the immorality of homosexual acts or the insolubility of marriage or any other doctrine of the faith.”

That same year, he called gay people “intrinsically disordered” and said they should be kept away from children at family gatherings.

Slamming the “aggressiveness of the homosexual agenda,” Burke said that Catholic families planning Christmas gatherings should avoid allowing gay family members to bring their partners if children would be present.

“What would it mean to grandchildren to have present at a family gathering a family member who is living [in] a disordered relationship with another person?” Burke told LifeSiteNews. “If it were another kind of relationship – something that was profoundly disordered and harmful – we wouldn’t expose our children to that relationship, to the direct experience of it.”

Calling gay people in relationships “evil,” he said that families should try to break up gay couples because they are “disordered” and make gay people “profoundly unhappy.”

Burke added that gay relationships should not be “imposed on family members, especially impressionable children.”

In 2019, Burke penned an open letter to Pope Francis demanding an end to “the plague of the homosexual agenda” within the Catholic Church.

That same year, he claimed there were “pressure groups” within the United States Conference of Catholic Bishops who were trying to remove the use of “intrinsically disordered” to describe gay people. 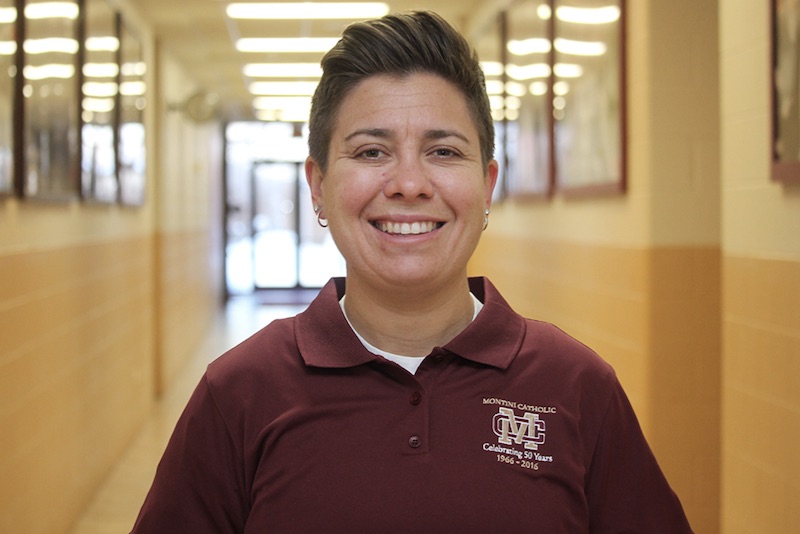 The Times reports that the Roman Catholic priest was busted by police after his roommate imported a liter of the "date-rape" drug GHB from the Netherlands.

He is accused of using dating sites to invite people to the sex parties, as well as the sale and consumption of drugs, with police reporting that bottles were found in Spagnesi's home that had been adapted for smoking crack cocaine.