In the lawsuit, Starkey, an employee of Roncalli for nearly 40 years, claimed that the school and the archdiocese knew about her sexual orientation “for years,” and declined to take action against her until another guidance counselor, Shelly Fitzgerald, was outed as a lesbian by an anonymous person who mailed a copy of Fitzgerald’s marriage certificate to the school and the archdiocese.

Starkey, who married her own wife in 2015, told the Indianapolis Star in a 2019 interview that Roncalli Principal Chuck Weisenbach knew of her marriage to her wife and had even visited her home. Just prior to the 2017-2018 school year, Starkey was asked to sign an employment contract with a “ministerial language” clause, also known as a “morality clause,” requiring employees to conduct their lives in a way that aligns with church doctrine.

Following Fitzgerald’s dismissal, school officials then turned their fire on Starkey, questioning her about her own civil union. Starkey claims she was subjected to a “hostile work environment” while being required to assume Fitzgerald’s work responsibilities in addition to her own. She filed a complaint with the U.S. Equal Employment Opportunity Commission in November 2018, at which point her superiors retaliated against her. At the end of the 2018-2019 school year, Starkey was informed she would not be offered a new contract, and sued for discrimination.

In defending itself against Starkey’s lawsuit, the archdiocese argued that their decision to fire Starkey was protected by a “ministerial exception” in employment law, which allows religiously-affiliated employers, including schools, to discriminate in hiring by choosing leaders that abide by their religious teachings, on the grounds that such employees constitute “ministers” who exemplify and live out the tenets of their faith.

On August 11, U.S. District Court Judge Richard Young, of the Southern District of Indiana, sided with the church, finding that the ministerial exception protects the school and the archdiocese from the claims of discrimination alleged by Starkey.

“The First Amendment provides that ‘Congress shall make no law respecting an establishment of religion, or prohibiting the free exercise thereof.’ The Religion Clauses ensure that, among other things, religious institutions are free ‘to decide matters of “faith and doctrine” without government interference,'” Young wrote. “When the state interferes with these types of employment decisions, it violates both the Free Exercise and Establishment Clauses of the First Amendment.”

Young also found that the ministerial exception covered Starkey’s role as co-director of guidance at Roncalli.

“To begin, religious instruction and formation are central to Roncalli’s philosophy and mission, and Starkey’s employment documents ‘specified in no uncertain terms’ that Roncalli expected her to perform a variety of religious duties and to help carry out the school’s mission,” Young wrote. “The School Guidance Counselor Ministry Description designated a guidance counselor as a ‘minister of the faith’ and charged her with ‘foster[ing] the spiritual . . . growth’ of her students.

“The ministry description stated that ‘Catholic schools are ministries of the Catholic Church, and school guidance counselors are vital ministers sharing the mission of the Church. School guidance counselors are expected to be role models and are expressly charged with leading students toward Christian maturity and with teaching the Word of God.’ The ministry description also identified ‘Facilitates Faith Formation’ as the guidance counselor’s first ‘Role,’ which required communicating the Catholic faith to students, praying with and for members of the Roncalli community, teaching and celebrating Catholic traditions, modeling the example of Jesus, conveying the Church’s message, and participating in religious instruction and Catholic formation.”

“We’re disappointed with the court’s ruling and concerned about its potential impact, not just on Lynn Starkey, but on all educators in religious schools,” Kathleen DeLaney, Starkey’s lawyer, told the Star.

DeLaney, on behalf of Starkey, has since appealed Young’s ruling to the 7th U.S. Circuit Court of Appeals.

“Many parents make sacrifices so their children can attend Catholic schools that uphold the dignity of every human person and teach the fullness of the Catholic faith,” Goodrich said, adding that the ruling “ensures that religious schools can remain faithful to their religious mission.”

Fitzgerald, Starkey’s former fellow guidance counselor, has filed a similar lawsuit that is pending in federal court. In addition to the two Roncalli counselors, the archdiocese also directed Cathedral High School to fire Joshua Payne-Elliot, a teacher in a same-sex marriage, which it did. Payne-Elliot also sued the archdiocese, but saw the charges dismissed. He has since appealed that decision.

The archdiocese also ordered Brebeuf Jesuit Preparatory School to fire Payne-Elliot’s husband, Layton, but the school balked and decided to separate from the archdiocese instead, forfeiting its “Catholic” identity and no longer being recognized as a Catholic institution by the archdiocese.

Sally Ride will become first out LGBTQ person on US currency

Ride, the first American woman astronaut in space, will appear on a new series of quarters honoring trailblazing women 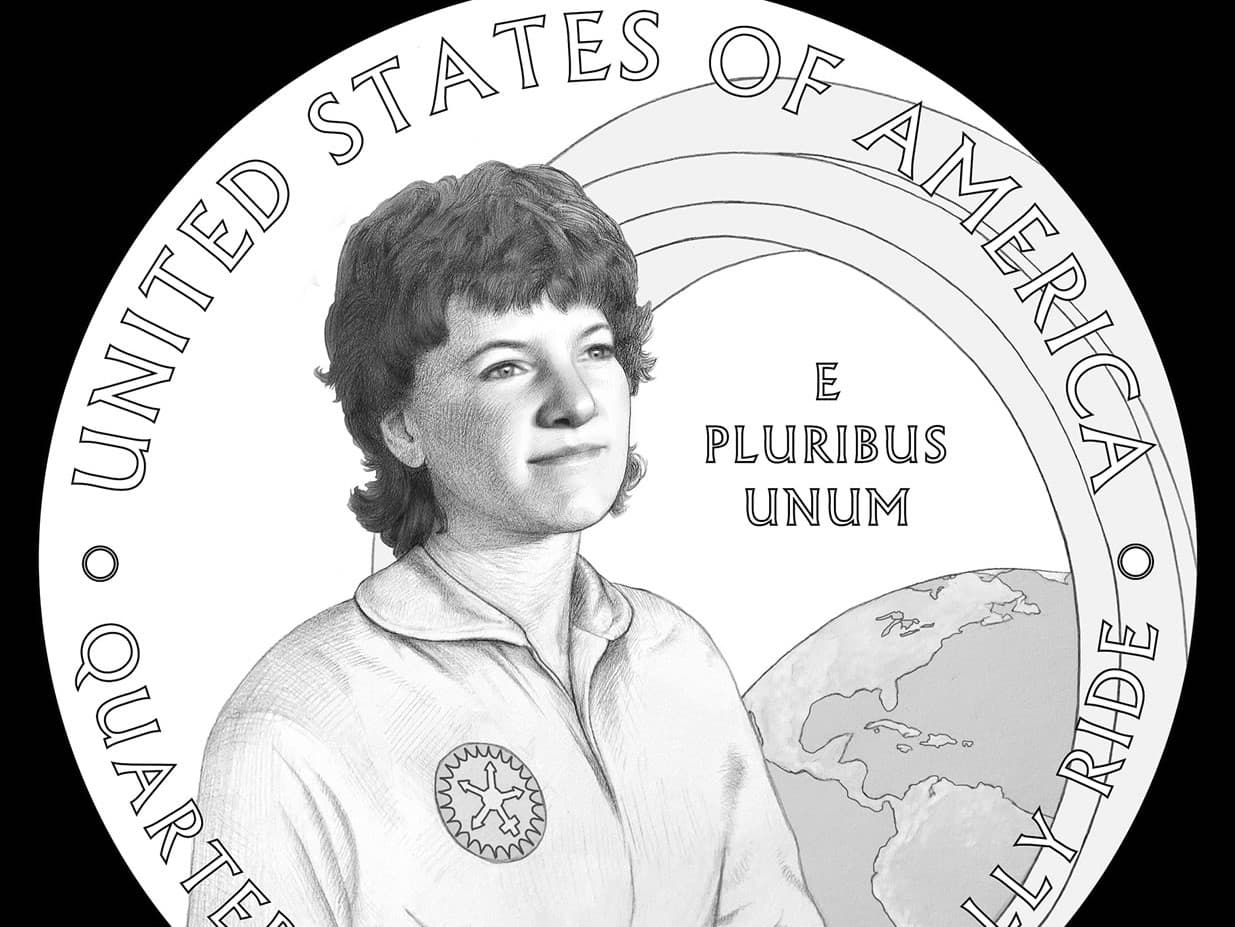 The U.S. Mint will issue new quarters over the next four years featuring a number of trailblazing American women, with Ride's quarter set to enter circulation in 2022.

The design of Ride’s quarter depicts the astronaut next to a window on the space shuttle, inspired by her comment, “When I wasn’t working, I was usually at a window looking down at Earth.”

Ride, who died in 2012, “would be so moved by this great honor,” her partner, Tam O’Shaughnessy, said in a statement.