But according to the Minnesota Reformer, Zeller alleges that former state party Chair Jennifer Carnahan and other colleagues outed her and exploited her sexual orientation, using it to “prove” their inclusivity to more progressive Republicans, while simultaneously weaponizing it among party activists with anti-LGBTQ views.

“I was 24, reaching a point in my life where I began to embrace my experience as a queer woman,” Zeller said. “MNGOP holds many opinions in its ranks, but anti-LGBTQ sentiments are as strong as ever within the party. … Carnahan’s blatant disregard for my privacy became a crisis in my personal life. The harassment and disrespect I received from activists was regular and reported.”

Zeller told the Reformer sought support from Carnahan and party officials to deal with activists or delegates who were hostile toward her once they learned of her sexual orientation, but never received it.

“I was subjected to hostile work conditions, including being forced to attend and manage volunteer groups that would openly discuss anti-LGBTQ content and share disturbing opinions on how LGBTQ identifying persons should be treated today,” she said.

After a few months on the job, Zeller says Carnahan — who had previously cast herself as a “socially inclusive” Republican who supported LGBTQ rights during a failed bid for state Senate in 2016 — began to verbally abuse her and berate her for her work.

Carnahan and Zeller continued to butt heads with Carnahan even after Zeller resigned from her position. For example, Zeller took to social media to criticize Carnahan’s lack of a formal press statement more than a week after George Floyd was killed by a Minneapolis police officer.

Carnahan then threatened Zeller with legal action and sent Zeller a cease-and-desist letter accusing her of tarnishing her reputation, invading her privacy, and demanding a public apology for allegedly false statements regarding Carnahan’s public comments on the George Floyd murder.

Neither Carnahan nor a state party spokesman have responded to requests for comment about Zeller’s accusations.

Carnahan, who became the chair of the Minnesota GOP in 2017, came under fire from fellow Republicans after Anton Lazzaro, a political operative, donor, and friend of Carnahan’s, was arrested and indicted on several counts of sex trafficking two weeks ago.

Following Lazzaro’s indictment, Carnahan and other party officials denounced him and pledged to donate more than $270,000 in donations made by Lazzaro to the party, as well as various political action committees and individual candidates, to charitable causes. But stories from several former GOP operatives began to emerge, with some accusing Carnahan of fostering a hostile work environment and covering up allegations of sexual harassment during her time as party chair — echoing some of Zeller’s claims.

Last week, the party’s executive board voted to remove Carnahan from her role as chair. She later issued a statement saying she was stepping away from party “in the best interest of the party and my mental health.” She also said she had “no knowledge” of the accusations lodged against Lazzaro, and defended herself from the other allegations against her, according to Minnesota Public Radio.

Zeller, who now lives in Texas, no longer works in politics, saying her political reputation has since been ruined.

Harvey Guillén talks Shadows, Reacher, and what might happen if Guillermo became a vampire

The FX hit What We Do in the Shadows has made a familiar face out of Harvey Guillén, whose career is on the rise.

By Randy Shulman on October 8, 2021 @RandyShulman 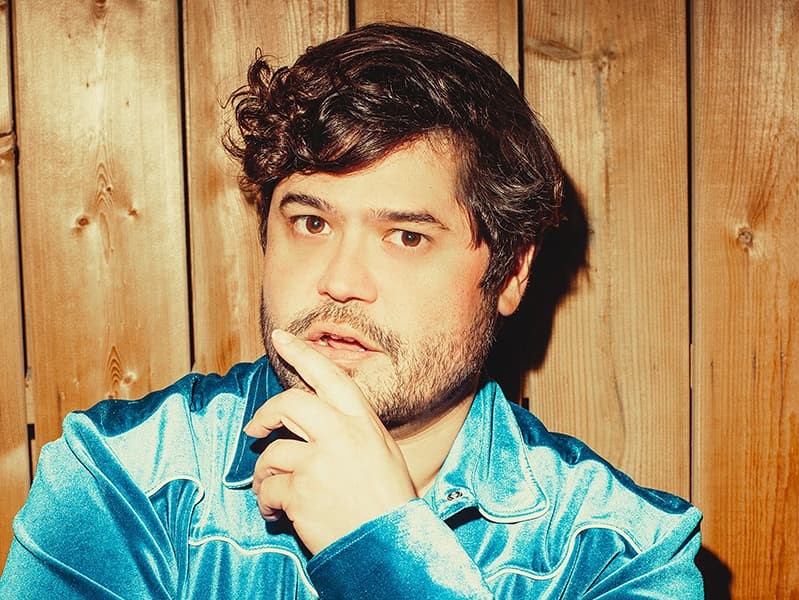 “For being on shows that deal with blood a lot, I'm very squeamish,” says the actor, who, over the course of three seasons, has become a fan favorite on FX’s What We Do in the Shadows. Sometime in the near, as yet unspecified future, Guillén will appear on the Amazon Prime crime series, Reacher, portraying a young but brilliant southern medical examiner.

“It's funny because blood just gives me the heebie-jeebies. I don't like needles. I don't like blood. I'm used to seeing blood on Shadows, but because we're making a comedy, it's never too gruesome,” he says. “But in Reacher, my first day on set was just -- it was just blood and a lot of gore. It was so realistic.”