The city's Department of Human Services has informed Casa Ruby its grant to provide low-barrier housing will not be renewed.

The LGBTQ nonprofit Casa Ruby has been left scrambling to raise money for shelter beds for LGBTQ homeless youth after it received a letter from the District of Columbia’s Department of Human Services notifying the organization that its grant of $839,460 to provide low-barrier housing will not be renewed as of Oct. 1.

Ruby Corado, Casa Ruby’s founder and executive director, told Metro Weekly she was notified on Friday, Sept. 24 of DHS’s intentions not to renew the grant, under which Casa Ruby agreed to provide up to 50 low-barrier beds, which serve as a free shelter during nighttime and weather emergencies, for LGBTQ youth.

Because she was given no prior indication that the grant from DHS would not be renewed, Corado is now trying to raise the money to fund low-barrier beds on her own. She set up a GoFundMe page, which, as of Wednesday morning, had raised more than $85,000.

“The sad part is that it’s not just the low-barrier housing, it’s also the 24-hour drop-in center, because the grant pays for the space, where we also utilize to run a self-funded 24-hour open space, plus the meal program, the food bank,” says Corado. “But we are hoping to raise the money. [DHS] owe[s] me more than $400,000 in reimbursable grant money. So I’m hoping they pay that, and we can use the money we raised [from the GoFundMe] to continue supporting those services.”

Casa Ruby’s other programs and initiatives, including its immigrant services, legal services, preventative health services, and services for crime victims and domestic assault survivors will be able to continue operating, as will its short-term living and transitional housing programs.

But Corado worries about what will happen to the approximately 30 people, mostly trans women of color, employed through the drop-in center and the low-barrier housing program, who will now be out of work.

“My concern is about the jobs that are lost,” she says. “The reality is that this is bigger than Casa Ruby. This is about the unemployment of trans people.”

Corado is puzzled as to why the low-barrier housing grant was not renewed, when grants funding Casa Ruby’s other programs were.

“We get praised for the work we are doing,” she says. “We have had every other government grant renewed. The Office of Victims Services gave us more money. Why? Because of the data we have provided. The city gave us money from the Office of Latino Affairs, to work with immigrants. The Department of Health increased our grant. The only issue we’ve had is with DHS.”

Corado has been involved in a back-and-forth with DHS, which attempted, multiple times, to reduce the amount of funding Casa Ruby was receiving by claiming she had failed to comply with the terms of the original grant agreement.

According to correspondence between DHS and Casa Ruby obtained by Metro Weekly, DHS had asserted that Casa Ruby failed to abide by the terms of the original agreement, interpreting the contract language in a way that would have required the shelter to provide a minimum of 50 low-barrier beds specifically designated for LGBTQ youth, and argued that this failure to comply necessitated a funding decrease equivalent to nearly half of the original grant amount.

But Jacob Cunningham, of the law firm Van Ness Feldman LLP, which is representing Casa Ruby, told Metro Weekly that the current agreement requires Casa Ruby to provide up to 50 low-barrier beds, and serve a minimum of 50 youths over the course of the year, though not all have to be served at the same time.

“The Grant Agreement does not specify how many youths must be served at any given time and it has been Casa Ruby’s understanding that this is an annual requirement (i.e. minimum of 50 youths during the Grant Award period October-September), which Casa Ruby’s low-barrier shelter certainly satisfies,” Cunningham wrote in a letter to DHS.

DHS requested that Casa Ruby agree to amend the language in the grant agreement. Under that amended language, DHS could have retroactively imposed a 50-bed minimum requirement and reduced the amount of grant money Casa Ruby was receiving, based on “the number of beds actually provided” through the low-barrier housing program.

Casa Ruby, through Cunningham, rejected those requests to amend the agreement, and Cunningham said that the organization eventually reached a “mutual understanding” with a lawyer at DHS that the full funding amount would remain in place for the remainder of the October 2020 to September 2021 grant period.

Cunningham also notes that DHS had attempted to push through, as part of its proposed revisions to the grant agreement, the requirement that Casa Ruby provide a certificate of occupancy from the building — something he alleges it had never required before.

Cunningham says Casa Ruby is “assessing multiple avenues” when it comes to remedying the loss of the grant funding, but declined to comment further, citing attorney-client privilege.

Corado has also questioned whether DHS’s decision was partially motivated by a discrimination complaint filed by Casa Ruby against DHS. In the complaint, Casa Ruby says the agency failed to stop one of its officials from allegedly discriminating against Casa Ruby and its employees.

Casa Ruby alleges that the official — whose name has been redacted — was slow to pay invoices and has withheld reimbursements. The complaint alleges the official has misgendered and bullied Corado and other employees of Casa Ruby, the official “made reporting requirements a moving target,” and the official failed to communicate effectively with Casa Ruby, even failing to warn Casa Ruby staff when clients from Covenant House, another shelter provider, were transferred to Casa Ruby following an alleged COVID-19 outbreak.

Although Casa Ruby took in the Covenant House transfers, Corado alleged in the complaint that some of those clients used homophobic and transphobic slurs and assaulted two Casa Ruby clients. Additionally, the complaint says that Casa Ruby staff were not informed by DHS of a shooting that had taken place at Covenant House around the same time — information that could have been essential to assessing the safety of those being served by Casa Ruby.

Cunningham told Metro Weekly that his clients had spoken with a human resources investigator from DHS regarding the complaint, but never heard back. He added that neither he nor his client has received additional information regarding the status of that complaint.

In response to an inquiry from Metro Weekly about the decision not to renew Casa Ruby’s grant, Curtis Smith, an interim public affairs specialist with DHS, issued the following statement:

“DHS is committed to the safety and well-being of youth, including LGBTQ+ youth, who we know disproportionately experience homelessness. We are not decreasing funding for LGBTQ+ youth services, which will continue to be offered through the Continuum of Care.

“Covenant House Washington and True Colors will now provide LGBTQ+ specific services for youth in the Deanwood community of Ward 7. These are new services in this community.

“Grant renewal decisions are based on ensuring accountability and continuity of quality services and the safety of our residents,” the statement continued. “We value the community organizations who deliver these services and honor the contributions of Casa Ruby.”

DHS did not respond to a follow-up inquiry asking about the motivation behind not renewing the grant or whether Casa Ruby’s discrimination complaint played a role in that decision.

Unwilling to give up, Corado is trying to raise enough money so Casa Ruby’s low-barrier housing program can continue to operate.

If she doesn’t raise enough money to keep the shelter running, Corado says she’s talked about establishing a tent city for queer individuals, and has already directed her employees to purchase pink-colored tents for those who are homeless and do not feel comfortable or safe in a traditional shelter setting.

“My hope is that…we can run Casa Ruby the way it always ran before we received any grant from DHS,” Corado says. “I started this organization with my own money. I gave many years of free labor. I’m not going anywhere. Trust me, I will run Casa Ruby from the streets again, if I have to.”

“I don’t want to be a distraction”: Ruby Corado hands reins of Casa Ruby over to Alexis Blackmon 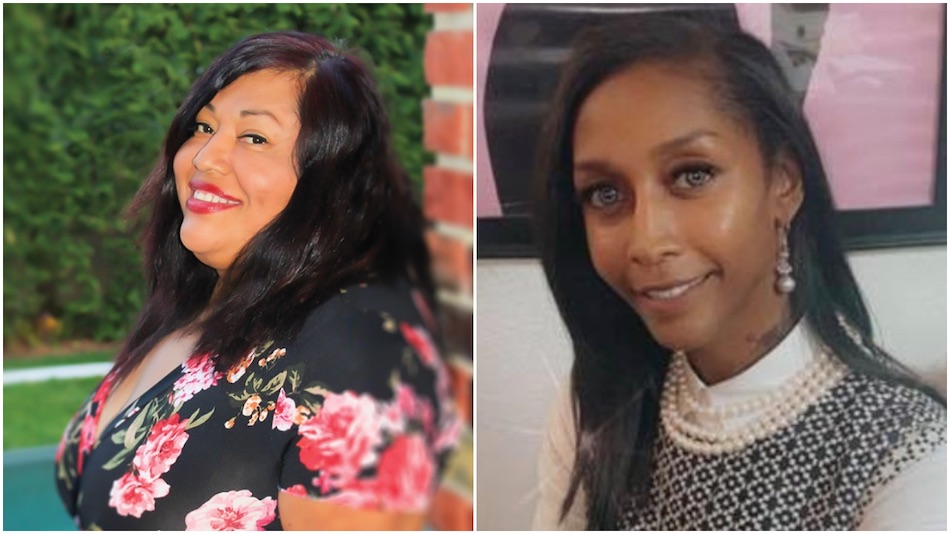 On Friday, Ruby Corado, a longtime D.C. activist, stepped down as executive director of the LGBTQ nonprofit Casa Ruby. Corado is handing the reins to the organization she founded over to Interim Executive Director Alexis Blackmon, who previously served as the community center's director of government affairs.

In a Facebook Live broadcast, Corado lamented the recent loss of funding from the D.C. Department of Human Services, which informed Casa Ruby last week -- just days before the start of the new fiscal year on Oct. 1 -- that it would not be renewing a nearly $840,000 grant to pay for low-barrier housing, which serves as temporary shelter for homeless LGBTQ youth.

Ruby Corado, the founder and executive director of Casa Ruby, has stepped down, handing the reins of the organization over to Alexis Blackmon, who will serve as the organization's interim Executive Director.

Watch Corado's Facebook Live announcement below. Her resignation and introduction of Blackmon starts at roughly the 3-minute mark.

Update: “I don’t want to be a distraction” -- Ruby Corado hands reins of Casa Ruby over to Alexis Blackmon