Home / News + Politics / Nation / Liz Cheney: “I was wrong” to oppose gay marriage in the past

Congresswoman Liz Cheney (R-Wyo.) says she was wrong to oppose marriage equality in the past — a stance that split her family and earned her criticism from her married lesbian sister.

A longtime conservative who has been critical of some of former President Donald Trump’s actions, Cheney told CBS News’ 60 Minutes that she views her re-election campaign as the most important House race in the nation as supporters of Trump try to unseat her for being insufficiently loyal to the former president.

Cheney, who voted to impeach Trump over his role in the Jan. 6 riot at the U.S. Capitol, said in the 60 Minutes interview, which aired Sunday evening, that she has little affection for President Joe Biden, whose domestic and foreign policy agenda she vehemently opposes. But she says that the alternative “cannot be a man who doesn’t believe in the rule of law, and who violated his oath of office.”

Cheney, 55, the daughter of former Vice President Dick Cheney, was considered a rising star in the party and held the No. 3 spot in the House prior to the Jan. 6 riot, but since then, has garnered more attention, from both sides of the aisle, for her opposition to Trump and elected Republicans’ slavish loyalty to the former president, despite parts of his agenda conflicting with the party’s actual platform.

In 2013, when mounting a failed Senate bid against then-Sen. Mike Enzi (R), Cheney gained notoriety for her opposition to legalizing same-sex marriage, and the awkward position it placed her in when her sister, Mary, and Mary’s wife, Heather Poe, spoke out against her stance.

While Cheney said she believed in the “traditional definition of marriage” and disagreed with her sister on whether the government should recognize same-sex marriages, Poe shot back on Facebook, calling that stance “offensive” and saying: “I always thought freedom meant freedom for EVERYONE.”

Mary Cheney then shared Poe’s remarks, adding: “Couldn’t have said in better myself. Liz — this isn’t just an issue on which we disagree — you’re just wrong — and on the wrong side of history.”

In the 60 Minutes interview, Cheney called her opposition to gay marriage misguided, and channeled Mary Cheney and Poe’s Facebook remarks, saying: “I was wrong. I was wrong.”

See also: Mary Cheney: Equality can only be achieved with GOP support

She added: “It’s a very personal issue — and very personal for my family. I believe that my dad was right. And my sister and I have had that conversation…. Freedom means freedom for everybody.”

After she voted to impeach Trump, Cheney was stripped of her leadership post as chair of the House Republican Conference. House Speaker Nancy Pelosi (D-Calif.) later put her on a nine-person committee to investigate the Jan. 6 riot and the circumstances surrounding it, with Cheney serving as vice chair.

Trump continues to claim that he lost the presidential election due to widespread election fraud — a claim that was one of the chief motivations for his supporters to descend on the U.S. Capitol on Jan. 6 in order to protest the election being “stolen” from Trump.

Trump and his supporters are gunning to defeat Cheney in next year’s primary election, in which her chief opponent, who has the president’s backing, is attorney Harriet Hageman. Because of this, Cheney says it will be the “most important House race in the country” in 2022. 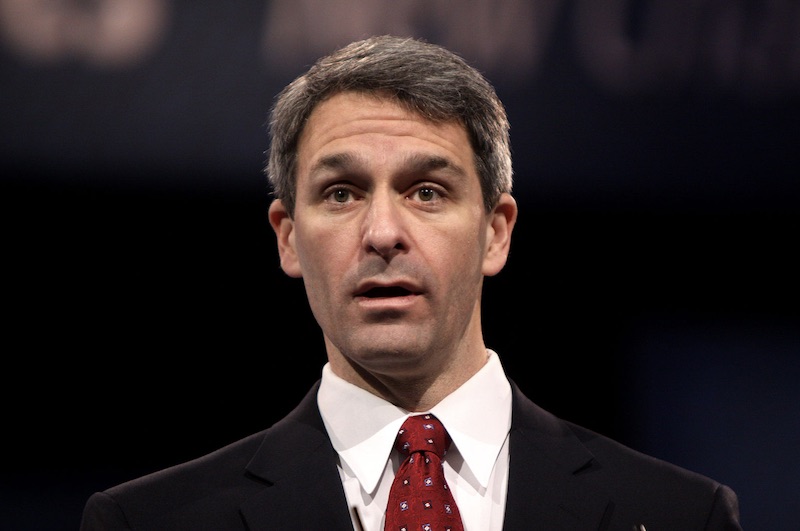