Emmylou Harris: “It’s time to open our hearts as well as our borders”

e heart is,” says Emmylou Harris. “And these people have been ousted from their homes. We have to do everything we can to help them.”

Harris is on the phone from her home in Nashville, Tenn., discussing The Lantern Tour, a three-day traveling concert designed to raise awareness of the migrant and refugee situation in Afghanistan, particularly regarding how it impacts women.

The tour is a project of the Women’s Refugee Project which, during the Trump Administration, raised initial alarms about family separation at U.S. border detention centers. It’s currently focused on doing refugee outreach for women in Afghanistan, following the recent U.S withdrawal.

Harris, who, in the 1970s frequented D.C.’s music scene, playing intimate venues like Mr. Henry’s and The Childe Harold, is no stranger to social causes. Among her pet projects: Bonaparte’s Retreat, a Nashville rescue shelter for older dogs, which she founded in 2004. Advocacy and celebrity, she feels, go hand-in-glove.

“Anytime you’re able to do work that you love and have some success at it, I think there’s almost this need to give back,” says the venerated, Grammy-winning singer-songwriter. “It’s like tithing, you know? To have the opportunity to gather with your fellow musicians and do these shows and know that, hopefully, it’s going to make a difference — that is a gift in itself and to those of us who participate in it.”

Harris will be joined on the tour by country legend Steve Earle, Larry Campbell and Theresa Williams, Amy Helm, Gaby Moreno, and Thao, a Fall Church native and the 37-year-old daughter of Vietnamese refugees.

“We all sit in a kind of semicircle on the stage and take turns,” she says. “There’s a wonderful, relaxed feeling. It’s almost like we’re in your living room.” The evening boils down to the artists and their instruments, with no overhead costs for a band. “You never know exactly what people are going to play,” says Harris, a note of impish glee in her voice. “Every show is completely different.”

Harris is proud to be participating, noting “the problem is getting worse…. We’re closing our hearts [to refugees]. It’s a terrible thing. I’m hoping that there will be a change in the world. Perhaps it’s the generation coming up. But we’re all in this together, you know?

“The best bumper sticker I ever saw was ‘We all live downstream.’ Everything that happens everywhere in the world is going to affect us. And we must realize that we cannot insulate ourselves. It’s time to open our hearts as well as our borders. I know it’s politically very complicated, and that’s a sweeping statement, but we’ve got to find a way to do it so that everyone benefits.”

The Lantern Tour plays the newly opened Capital One Hall in Tysons, Va., on Wednesday, Oct. 28, the Carnegie of Homestead Music Hall in Mumstead, Pa. on Oct. 29, and the Scottish Rite Auditorium in Collingswood, N.J. on Oct. 30. Ticket prices and availability vary by venue. Visit www.thelanterntour.com.

Paula Poundstone hates needles (but she got her vaccine) 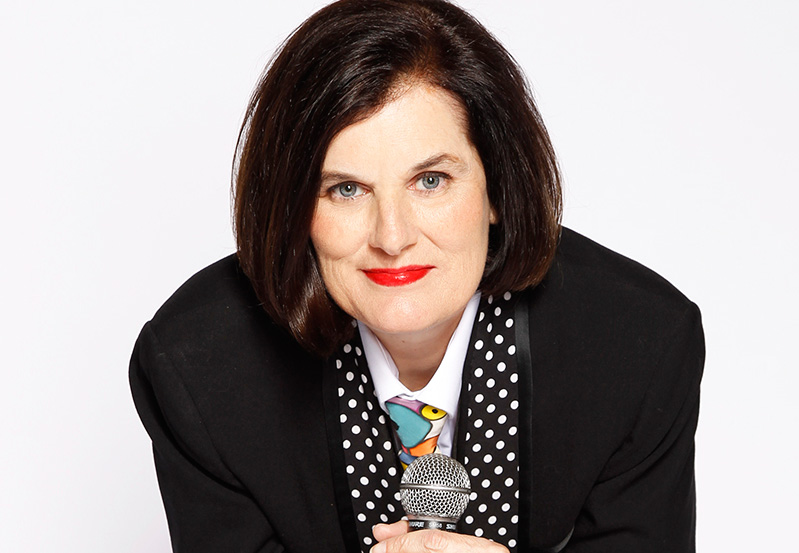 As "a really needle-phobic kind of person," Paula Poundstone says it can be hard just watching the news these days.

"Every time they talk about numbers, or the virus, they show someone getting a shot. I wish they would stop that," the comedian says. "For somebody like me, it's not only a turn off, it creates anxiety and nausea.

"It's just weird that they can't talk about it for a second without showing pictures of people getting a shot. We all know what a shot is. We don't need to see a picture. It's not like every time they talk about somebody giving birth, they show a placenta falling out of somebody."