On Monday, the U.S. Supreme Court declined to take up an appeal of a lower court’s decision that allows a transgender man in California to pursue a discrimination lawsuit against a Catholic hospital in California.

In the lawsuit, Minton maintains that the hospital’s actions constituted illegal discrimination under California’s civil rights law, because the hospital does perform hysterectomies for non-life-threatening injuries such as chronic pelvic pain or uterine fibroids — despite its purported Catholic beliefs — and Minton would have been able to receive the surgery had he been a cisgender woman, according to Reuters.

The hospital later helped Minton’s surgeon, Dr. Lindsey Dawson, obtain emergency privileges at Methodist Hospital of Sacramento, another Dignity facility that is not bound by Catholic doctrine, where Dawson performed the procedure a few days later.

Minton later filed a discrimination lawsuit against Mercy San Juan Medical Center’s parent company, the Chicago-based CommonSpirit Health, and its subsidiary, Dignity Health. In that lawsuit, Minton requested a court order that Dignity Health allow doctors at its hospitals to perform the same procedures on transgender patients suffering from gender dysphoria as it does on cisgender patients without gender dysphoria. To do otherwise constitutes illegal discrimination under the law, Minton’s lawyers asserted.

Dignity Health pushed back against Minton’s assertions, claiming that Mercy San Juan Medical Center does not discriminate against transgender patients, but simply does not allow its Catholic-affiliated facilities to be used for certain procedures that run counter to Catholic teachings on gender, sexuality, or human life, such as abortion, sterilization procedures, or euthanasia.

A trial judge ruled against Minton, dismissing the case. But a state appeals court later reversed that decision, finding that Minton had the right to sue. Dignity Health subsequently sought to appeal that decision, arguing that allowing the lawsuit to move forward would violate the hospital’s free exercise of religion and right to free speech, as guaranteed by the First Amendment of the U.S. Constitution. It also argued, in a court filing, that the lawsuit posed “a profound threat” to the ability of religiously-affiliated hospitals to perform their medical duties in a manner consistent with their faith.

But by declining to take up Dignity Health’s challenge, the high court effectively gave the green-light to Minton to pursue his lawsuit, which will now work its way through the courts before being decided on its merits. Conservative Justices Clarence Thomas, Samuel Alito, and Neil Gorsuch argued that they would have taken up the case.

The American Civil Liberties Union, which is representing Minton, celebrated the court’s refusal to take up Dignity Health’s appeal, saying it stops “further attempts to authorize discrimination against trans people under the guise of religious liberty,” and likening it to a case in which the high court sided with a Catholic adoption agency on a technicality, but patently refused to grant all religiously-affiliated child placement agencies broad license to discriminate against same-sex couples and other prospective parents.

“Dignity Health is trying to claim it’s an LGBTQ-friendly organization, but when Evan needed care he was turned away because he is transgender,” Elizabeth Gill, a senior staff attorney with the ACLU’s LGBTQ & HIV Project, said in a statement. “It’s wrong that anyone would be turned away from health care because of who they are, and when a health care provider denies care to a population they claim to serve, that’s hypocrisy.

“Our work does not stop with this case,” Gill added. “Trans people belong everywhere and we will continue to fight alongside the trans community for health care access.”

“Since Dignity Health turned me away for being transgender, I’ve had multiple medical emergencies and I can’t stand to go to my neighboring Dignity Hospital because of the discrimination I was put through,” Minton said in a statement. “In one instance, I called my doctor and had them talk me through a procedure I performed on myself to avoid having to go into one of their hospitals.

“I hope Dignity Health will finally take responsibility for what they did to me and what they continue to do,” he added. “I applaud transgender Californians and people across the country who are sharing their denial of care experiences. This should not be our private pain and shame. We deserve health care, we deserve restroom access, we deserve to play on sports teams, we deserve better. With my community by my side, I look forward to carrying on in this fight for justice.” 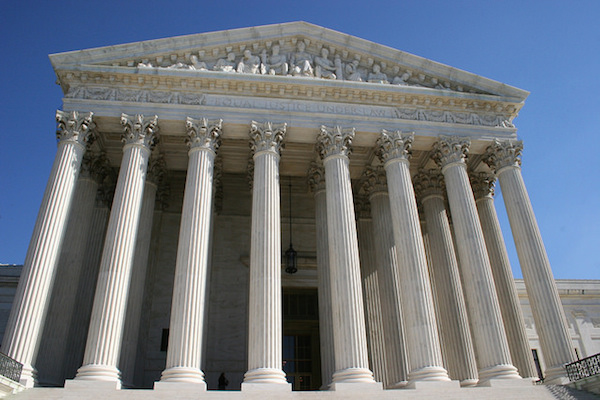