Now on Netflix, "The Andy Warhol Diaries" an informative, artfully assembled portrait of the artist.

A comprehensive examination of all things Andy Warhol, Netflix’s six-episode docuseries The Andy Warhol Diaries (★★★★☆) is well worth dipping through its many tangents and digressions to gain an informative, artfully assembled portrait of the artist.

Executive produced by Ryan Murphy, and written and directed by Andrew Rossi, the series is based on Warhol’s diary entries, as dictated over the phone to his friend and collaborator Pat Hackett starting in 1976.

Opening with Warhol’s description of a “perfect” Thanksgiving spent with his lover Jed Johnson at the rustic home of artist Jamie Wyeth, The Andy Warhol Diaries were published in 1989, two years after Warhol’s death.

Appearing in the series, along with several Warhol associates, muses, and fellow artists, Hackett has a ready response for anyone who, then or now, might take issue with how Andy portrayed them.

“Of course, it’s subjective,” she insists, adding that if anybody has a problem with it, “write your own diary.” From episode one, the show firmly establishes that Andy Warhol’s voice will guide our voyage through his world.

To that end, the filmmakers commit to the unexpected, yet oddly apropos, choice of an artificial Andy Warhol to serve as narrator. Created using an AI program, then further synthesized with the vocal performance of actor Bill Irwin, faux-Andy is tuned to sound like the real Andy, and does just enough to perfectly suit a subject who mused for years that he wished he could be a machine.

Eventually, a group of roboticists did engineer an Andy Warhol android, an arduous process captured in footage shown in episode three. Living his dream come true, Andy gleefully participates up until the moment the plaster mold he spent hours posing for breaks. The robotics team suggests he’ll have to endure the process a second time, but by then, he’s truly over it.

The show does an excellent job of revealing the man’s personality and work ethic, the way he carried himself and spoke to people, and spoke about them. He’s alive in this series, not merely a past tense presence. That human element of his character becomes essential for engaging loftier discussions about his work and artistic intentions within broader arts and cultural movements.

In fevered, often kaleidoscopic montages, the filmmakers note Warhol’s undeniable legacy of influence, visible in the work of artists the world might deem Warholian, and in the artfully crafted personas of those who claim that label for themselves. Kanye West loudly declaring “I am Warhol!” makes you wonder what that means to him, since the statement certainly wouldn’t mean the same to everyone, in part because, as this series sees it, there was more than one Andy Warhol.

Merging the tales of Andy Warhol, famous artist, “Andy Warhol,” self-created myth, and Andrew Warhola, son of working-class Catholic immigrants from what’s now Slovakia, The Andy Warhol Diaries peels back layers and layers of meaning wrapped up in this one man.

Most insightful are the series’ glimpses behind the bewigged public persona, at the films he loved, the things that influenced him or made him laugh, the private loneliness that gripped him, even during the vodka- and speed-laced nights at Studio 54.

Even when Andy found himself in the thralls of romance, first with interior designer Johnson, later with Paramount Pictures exec Jon Gould, some grueling ache nagged at him. “I’ve got these desperate feelings that nothing means anything,” he said.

Connecting his emotional and mental state to his process and output, The Andy Warhol Diaries brings valuable context to robust examinations of projects like his and Makos’ Altered Image photos of Warhol in drag, or Andy’s iconic celebrity commissions, or the controversial Ladies and Gentlemen portraits of Black trans women, including Marsha P. Johnson.

Throughout, the series depicts Andy’s eye for spotting fresh talent, and his drive and ingenuity as the head of Andy Warhol Enterprises, responsible for creating art, films, Interview, and even his seminal cable-access show Andy Warhol T.V., a star-studded televisual expression of his pet fascinations.

Key among those was his well-documented fascination with fame, although the series does best by revealing Warhol’s reality as a normal queer human who had to eat, sleep, and love like anybody else.

Transcending his reality, he cultivated his own fame into a still-potent brand, living out a Warholian credo that echoes through our culture: “Being good in business is the most fascinating kind of art.”

The Andy Warhol Diaries episodes 1-6 are available for streaming on Netflix. Visit www.netflix.com. 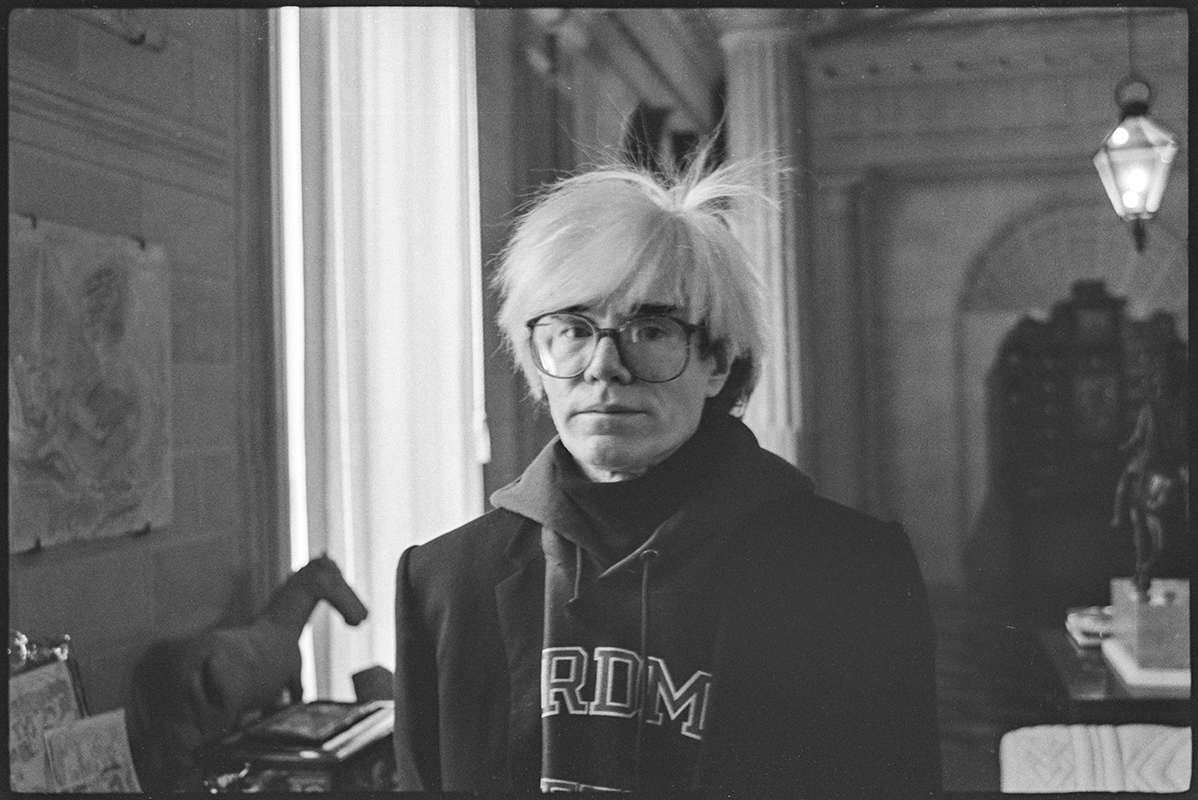