“Ethan flirts with heartthrob Diazo while friends from school look on, teasing in a friendly and warm-hearted way. Much to Ethan’s chagrin, his dad Searcher soon joins in, embarrassing his son with an overeager show of acceptance.”

“It features the first openly gay teen romance in a Disney feature!!!” Saghezchi continued on Twitter followed by a Pride flag. “#RepresentationMatters.”

Strange World has already made headlines with an all-star cast including Jake Gyllenhaal, Lucy Liu, Dennis Quaid, and Gabrielle Union.

Disney has had several characters who have been assumed to be gay — though their sexuality was never acknowledged — in past projects. For example, the character LeFou from the live-action Beauty and the Beast was announced to be gay, along with the animated cyclops Officer Spector from Onward, but neither character’s sexuality was acknowledged openly, nor did it play an important role in plot development.

However, recently, especially after criticism of Disney by LGBTQ employees who claimed — in response to the company’s response to an anti-LGBTQ bill in Florida — that the company regularly censors LGBTQ-related content, the company has been more lenient in the types of characters and storylines it allows in movies.

Recently, Disney released Lightyear, a prequel to the company’s extremely popular Toy Story franchise, introducing an out lesbian character, voiced by Uzo Aduba. Lightyear is the first Pixar movie to be released in theaters since the COVID pandemic started, and the first Disney movie to include a same-sex kiss.

However, the inclusion of the kiss has led at least 14 countries in Asia and the Middle East with laws criminalizing homosexuality to ban Lightyear from being released, including  Saudi Arabia, Indonesia, Malaysia, and Lebanon.

China — no stranger to censoring same-sex affection or LGBTQ references in films, is also expected to ban the film. Censors had asked for scenes with the same-sex couple to be removed, but Disney refused to edit them out.

Strange World is anticipated to premiere in November 2022. 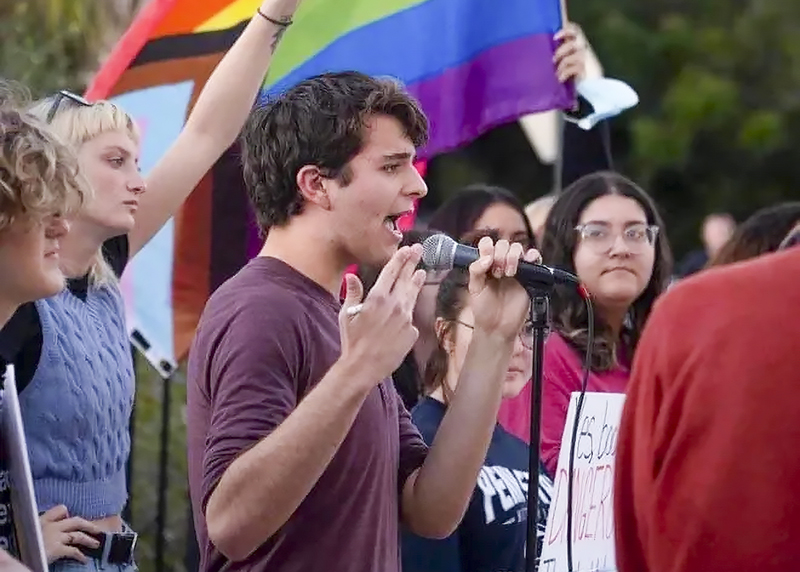 17-year-old says coming out has alleviated the stress of keeping his identity secret, and even improved his game.

A 17-year-old is the first actively out professional soccer player in Britain since 1990.

Blackpool’s Jake Daniels is the first member of the Premier League in over 30 years to be out while actively playing soccer.

In an interview on Monday with British media outlet Sky News, Jake Daniels came out as gay. In the video, Daniels explained he felt it was time after "such a long time of lying" about his identity.

Daniels was signed as a forward onto the Blackpool team in February of 2022. In his 2020-2021 season, he was named Blackpool's youth team player of the season.