In 1988, a spooky, atmospheric mystery called Lady in White, starring Witness wunderkind Lukas Haas, came and went, making barely a ripple at the box office. The film, written and directed by Frank LaLoggia, garnered glowing reviews and a few minor awards, along with eventual cult status as an unsung classic of slow-burning suspense.

The movie also scared the bejesus out of a generation of those kids who saw it, with its haunting depiction of youngster Haas racing to unmask a child killer in his small town before he becomes the killer’s next victim. In one terrifying scene, the boy witnesses a schoolgirl being throttled to death in a classroom coat closet.

No film I’ve seen since has more chillingly evoked the fear a child might feel in the moment they realize that not only do monsters really exist, but a monster has caught them in a trap from which they’ll never escape. There was just something about that girl’s murder taking place inside a darkened classroom that was elementally frightening. No film had so sharply evoked that particular strain of horrific dread — until The Black Phone (★★★★☆).

The two films share more than passing similarities: period serial killer tales, spun with a tinge of supernatural flair, revolving around a reserved, resourceful lad. In Black Phone, as in Lady in White, the central character, Finney, played impeccably by Mason Thames, is aided in his intrepid investigation by a loyal sibling.

In this case, Finn’s best friend and strongest support is his smart-mouthed, possibly clairvoyant little sister, Gwen, played by Madeleine McGraw, who lends the film one of its strongest supporting performances.

The other standout turn comes courtesy of Ethan Hawke, donning an assortment of expressively menacing masks to portray the movie’s baddie, known to the fearful populace as The Grabber. Prowling the North Denver streets in his blacked-out, black serial-killer van, the Grabber is in many ways a familiar movie iteration of a crazy kidnapper.

Yet the script — by director Scott Derrickson and C. Robert Cargill, based on a short story by Joe Hill — and Hawke’s vivid performance locate just enough of this psychopath’s disturbed logic and M.O. to make him distinctive and unnervingly real.

Abetted by the film’s better-than-average recreation of 1978 vibes, from pinball machines and slush puppies, to late-night TV testing patterns, the atmosphere is thick with the creepy, horror movie spirit of definitive ’70s horror flicks like Halloween and Texas Chainsaw Massacre.

Before joining the MCU as the director of 2016’s Dr. Strange, Derrickson established his Hollywood cred with horror hits The Exorcism of Emily Rose and Sinister, so The Black Phone represents a return to genre form. The filmmaker takes full advantage of the R rating to deploy some gruesome violence in the course of Finn’s run-in with the Grabber.

And the movie doesn’t waste jump-scares on stray cats and empty off-camera space, but rather creates shocks and surprises through horrifying reveals, like the bloody corpse of one of the Grabber’s victims suspended in thin air.


The imagery reflects the unsettled energy of lives viciously taken, capturing a foreboding feeling that envelops the whole town. Every adult around Finn and Gwen is wary and vigilant, including their abusive, alcoholic dad Terrence (Jeremy Davies), but still it’s up to the kids to fight for their own safety and survival, bravely stepping up to do battle with the latest monster to cross their paths.

The Black Phone is Rated R and is playing in theaters nationwide. Visit www.fandango.com. 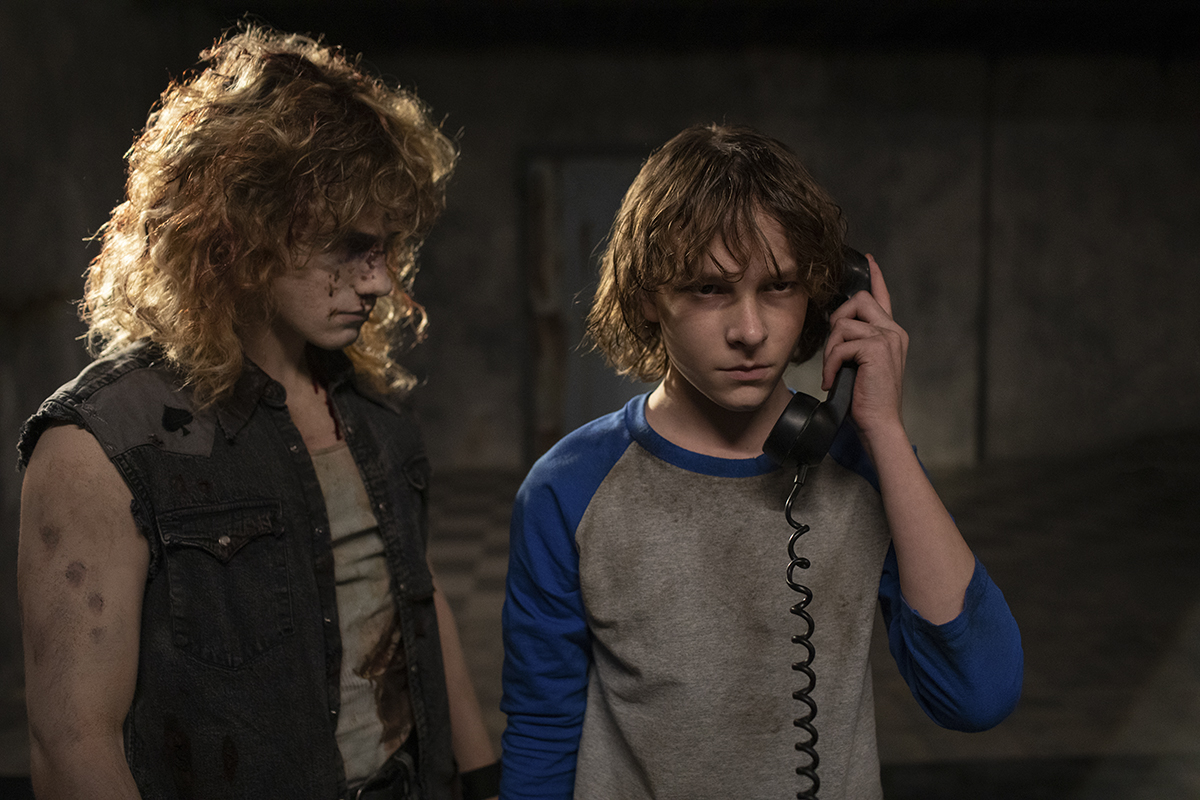