The iconic film by John Waters is out in a restored 4K Criterion Edition, and shows this weekend at midnight at Landmark E Street Cinema.

“Pink Flamingos had its longest run ever in Los Angeles at the Landmark NuArt, where it played at least one day a week for ten years straight,” says John Waters. “Talk about legs, as Variety used to call it.”

Legs, indeed. The film that put Waters — and his sensational drag cohort, the late Divine — on the cultural map, Pink Flamingos, in all its thrilling tastelessness, has remained a crown jewel of underground filmmaking for 50 years.

“We were rebels,” laughs Waters. “The movie was a group act of terrorism against good taste.”

In December, the Library of Congress inducted the film into the National Film Registry.

And it was just released on Blu-Ray by the Criterion Collection, boasting a 4K upgrade struck from original 16mm footage, and a “barf bag” full of extras, including a literal barf bag, deleted scenes, a talk between Waters and director Jim Jarmusch, and a Waters-led tour of the film’s Baltimore locations.

“They did a beautiful, beautiful job,” says Waters. “There is a guy, Lee Kline, who I work with on all my films at Criterion. He knows the exact amount of dirt and grain to leave in. He knows how to restore it to make it look good, without making it look like something it never was.”

Next weekend, Pink Flamingos will be celebrated in Washington, D.C., at Landmark’s E Street Cinema, with special midnight showings on Friday and Saturday.

“It still causes trouble,” he says. “It didn’t get nice. It might even be worse now. But it makes fun of things I love. And that is why it has lasted all this time. I don’t think it is mean-spirited. The right people win.”

Waters has transcended his filmmaking career and is now a full-fledged cultural icon, complete with his own Funko Pop figurine.

An arbiter of bad taste, he hasn’t made a movie since 2004’s A Dirty Shame. Asked if the world will see at least one more Waters movie, he coyly replies, “I can’t talk about it!”

But, he adds, “Criterion keeps putting all my movies out, so it’s not like I’m [disappearing]. And Warner Bros. distributes most of my movies now. Who ever thought that was possible?”

The 35-year-old Maryland resident caught monkeypox after a trip to Europe. He's sharing his story in hopes of raising awareness. 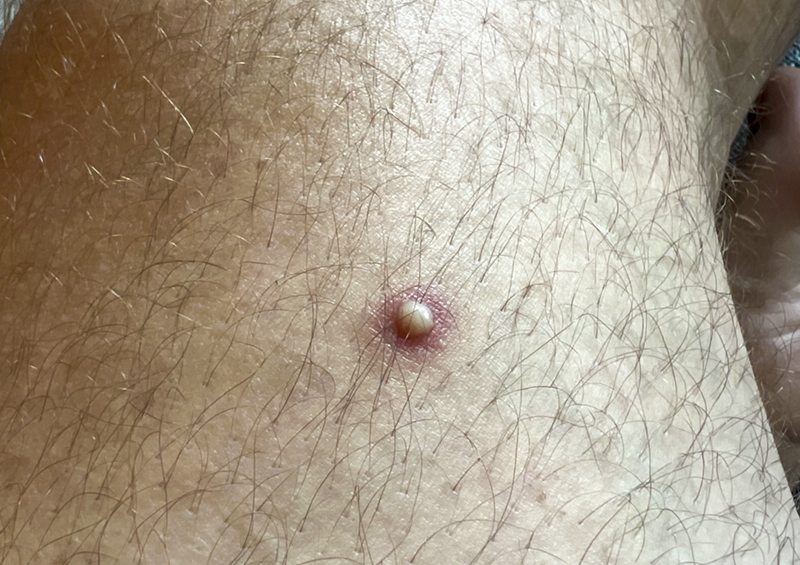 Jeff is not sure exactly when he became infected with monkeypox, but he suspects it may have been while he was visiting Berlin.

"I was going on vacation for two weeks," says the 35-year-old Baltimore resident. "I was going to be in the United Kingdom, France, the Netherlands, and Germany. Before I left, I'd been seeing a couple of stories pop up here and there on the Internet about monkeypox spreading through Europe. So I asked my doctor if there was a way to get a vaccine before going. And she said, 'Sorry, We don't have smallpox vaccine in our little queer clinic in Baltimore yet.' So I knew the virus existed but didn't really know much more than that.