The production at the Door McAllen was followed by a homophobic sermon in which lead pastor Ramon Gutierrez likened homosexuality to addition.

Earlier this month, the Hamilton team told USA Today that “the Hamilton family stands for tolerance, compassion, inclusivity and certainly LGBTQ rights,” and Miranda’s track record as an LGBTQ advocate suggests as much.

Gutierrez also initially claimed that the production was authorized in a speech at the church.

Now, Gutierrez and the Door McAllen have released a statement “personally apologizing” for the debacle and acknowledging the illegal nature of the production.

A post shared by The Door McAllen Church (@doormcallen)

“The Door Christian Fellowship McAllen Church did not ask for, or receive, a license from the producers or creators of Hamilton to produce, stage, replicate, or alter any part of Hamilton,” the statement reads. “Nor did we seek prior permission to alter Lin-Manuel Miranda’s work by changing the music, the lyrics, deleting songs, and adding dialogue.”

The statement also frames the situation as a “learning opportunity about protected artistic works and intellectual property.”

“I recognize that as the Pastor of the church that I have an obligation and responsibility to follow the law and educate our community about [licensing] protocols,” Gutierrez wrote.

The church agreed that in addition to paying damages, it will not be performing the show again, and that all recordings and images of the production will be destroyed. 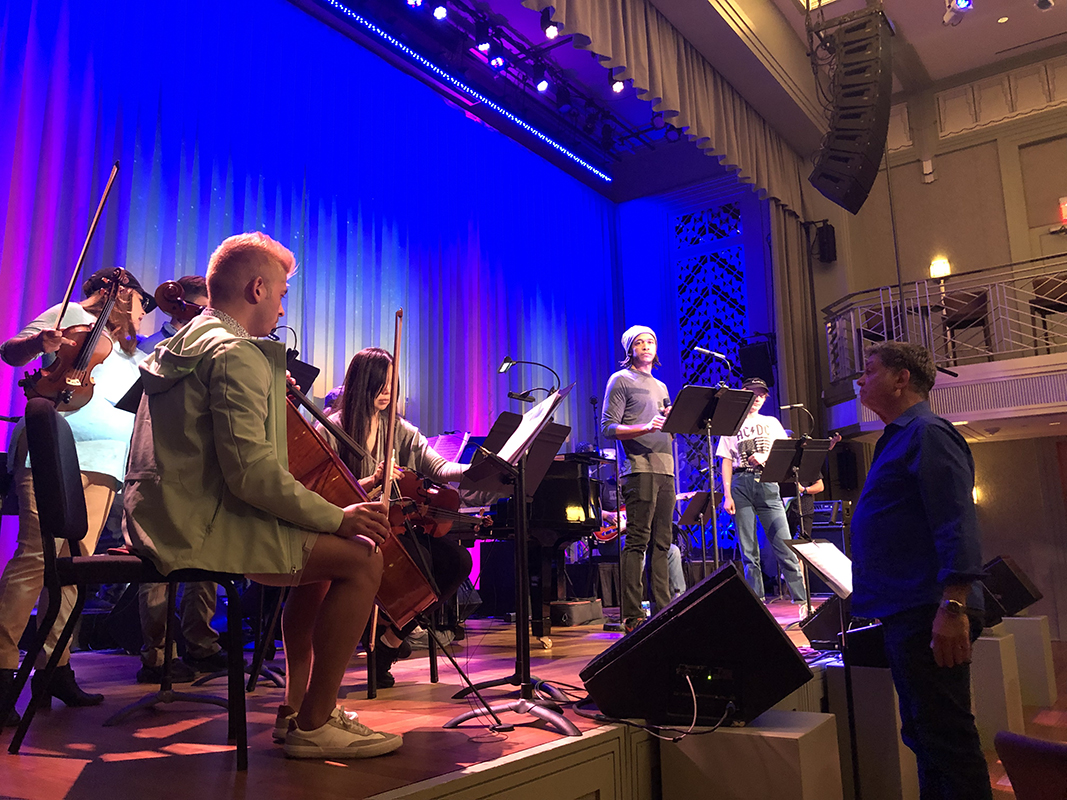 A team of local theater-makers and artists have been working to develop Vanishing Girl, a new coming-of-age musical inspired by comic books and centered on a queer heroine. This month, they'll get additional assistance in developing the work as the public gets an early sneak peek at the show.

Billing itself as "the D.C. area's premier nerd and pop culture performing arts organization," Flying V gravitates toward staged shows that are more offbeat and different than the standard theatrical fare.

A Flying V show is also typically more varied and experimental in presentation, generally by incorporating elements of puppetry, stage combat/professional wrestling, and digital media and projections into a baseline mix of acting, singing, and dancing.