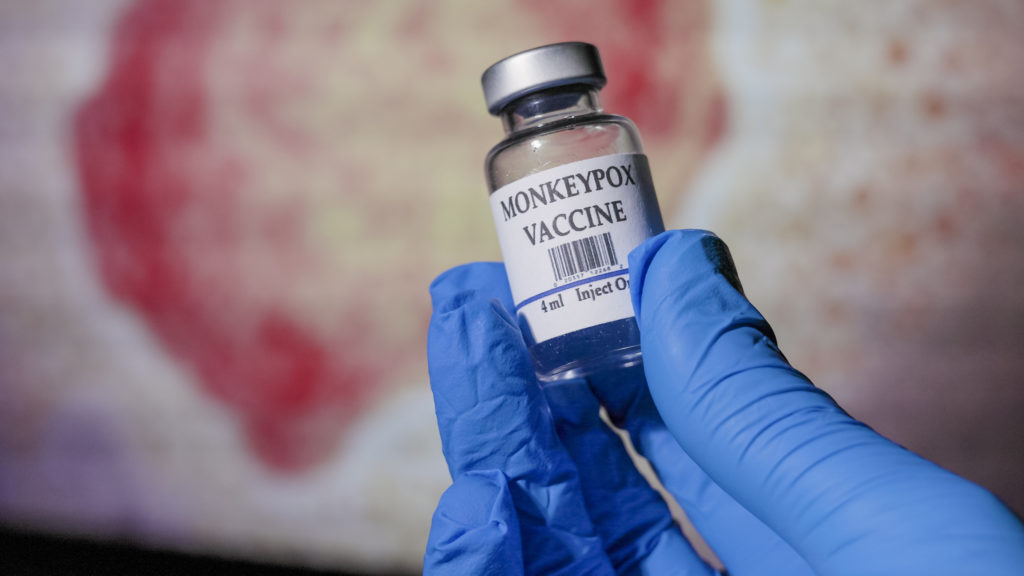 Under the administration’s plan, jurisdictions will be allowed to access additional doses if they agree to: 1) administer the vaccine intradermally, or just below the outer layer of skin, rather than subcutaneously, in the layer of fat below the skin, and 2) have used 90% of their current supply of vaccine, according to The Hill.

By administering the vaccine intradermally, health officials can vaccinate five times as many people.

The administration approved the change in vaccine delivery earlier this month, but jurisdictions are still transitioning to the new method, with some saying they need more guidance from the federal government before proceeding.

Administration officials say the Centers for Disease Control and Prevention will be providing additional training and technical assistance to health authorities to ensure they can maximize the number of doses from a single vial.

Another 150,000 Jynneos vials, with 750,000 potential new doses, are expected to arrive in September, after the Biden administration fast-tracked a shipment that was scheduled to arrive in October.

In a press call with reporters from LGBTQ media outlets on Friday, Demetre Daskalakis, the White House National Monkeypox Response Deputy Coordinator, hailed the intradermal injections as a “game changer,” allowing more doses of Jynneos vaccine to be administered while ensuring the same level of protection and immune response as the subcutaneous doses that were administered at the start of the current outbreak.

Additionally, the Department of Health and Human Services is launching a pilot program to provide vaccine allocations to state and local health departments in jurisdictions hosting large events that attract members of the LGBTQ community, such as Pride-themed events.

As part of the pilot program, 50,000 doses from the Strategic National Stockpile will be set aside. Communities planning to hold LGBTQ-related events will be able to request additional doses on top of their existing allocation.

For example, HHS sent approximately 2,000 additional doses of vaccine — with the potential of vaccinating 10,000 additional people — for North Carolina this past weekend at the Charlotte Pride Festival and Parade.

Daskalakis added that doses of vaccine have already been earmarked for other LGBTQ events, including Black Gay Pride in Atlanta, which will take place from Aug. 31-Sept. 6, and the New Orleans-based Southern Decadence, from Sept. 1-5.

Bob Fenton, the White House monkeypox response coordinator, told reporters on Thursday that the effort is a way to “meet people where they are,” rather than requiring them to seek out vaccination locales and register through local health departments — which can prove cumbersome, even when appointments are booked virtually.

Rochelle Walensky, the director of the CDC, emphasized that even if people get vaccinated at an event like Pride, they will still need a second dose to gain full immunity to monkeypox.

Bavarian Nordic says the additional capacity added by GRAM will allow it to expedite deliveries to the United States.

The tech transfer of the production process has already been initiated, with the hope of completing the transfer within three months, which would allow GRAM to begin manufacturing doses later this year.

Administration officials are also planning to make the antiviral drug TPOXX more widely available by allocating 50,000 courses to jurisdictions throughout the country. This is based on a formula taking into account the number of confirmed infections and the number of individuals at highest risk of contracting the virus, including people with HIV or other immunocompromised conditions.

However, TPOXX is a smallpox drug and has not been approved for the treatment of monkeypox. The Food and Drug Administration allows the treatment under “expanded access,” but there are strict rules dictating how the drug may be prescribed.

Thus far, there have been 14,115 confirmed monkeypox cases in the United States, out of 41,358 confirmed cases worldwide.

Only 12 deaths have occurred throughout the world — seven of which occurred in countries where the disease is endemic — with none reported in the United States. According to the CDC, 98% of infections have occurred in men, with 93% of cases occurring among men who have reported sexual contact with other men.

With that in mind, both the World Health Organization and the CDC have provided guidance recommending that gay and bisexual men, and other men who have sex with men, consider reducing their number of sexual partners, especially multiple partners and anonymous partners, in addition to pursuing vaccination.

Health agencies have also encouraged abstinence in between doses of the vaccine to avoid “breakthrough” infections.