“Old Stock is a music/theater hybrid, a concert [of] klezmer/folk fusion,” says director Christian Barry. “It should feel a bit like the circus is coming to town, a traveling band of troubadours [who] share with you a story from a perspective you have never heard. [It’s] a story that’s dark and funny and inspiring.”

Canadian playwright Hannah Moscovitch became inspired to write Old Stock during the Syrian refugee crisis in 2015, a time that coincided with her finding immigration records of her paternal grandparents, two Jewish Romanian refugees who found love on the shores of Halifax, Nova Scotia, over 100 years prior.

Moscovitch and Barry, her husband, enlisted Canadian recording artist and musician Ben Caplan to work with them to develop Old Stock for 2b theater, which Barry runs.

“We all agreed that by telling our own family story, we had a way of looking at what it might be like to be a refugee today,” Barry says. “In so many ways the anti-Semitism of that time felt a lot like the Islamophobia we were seeing in the world in 2015… and still today.”

Caplan is now performing the work as the opening show in Theater J’s new 32nd season.

n the program, Theater J’s Managing Director David Lloyd Olson writes, “As we planned this season…we found ourselves turning to stories of triumph and resilience, joy, and hope. We were also drawn to shows that would give us a sense of greater belonging to the fabric of community that stretches across time and borders.”

Caplan is accompanied on stage by a four-piece band, with two of the musicians, Eric Da Costa and Shaina Silver-Baird, doing double duty by also portraying the young refugee couple in love.

Theater J, which bills itself the “nation’s largest and most prominent Jewish theater,” has arranged for a few discussions further exploring the show and themes from the show, including a symposium following the matinee performance on Sunday, Sept. 18, featuring the work of HIAS and focused “on the struggles refugees face today and the work of many area nonprofits aiding refugees resettled in the D.C. area.” 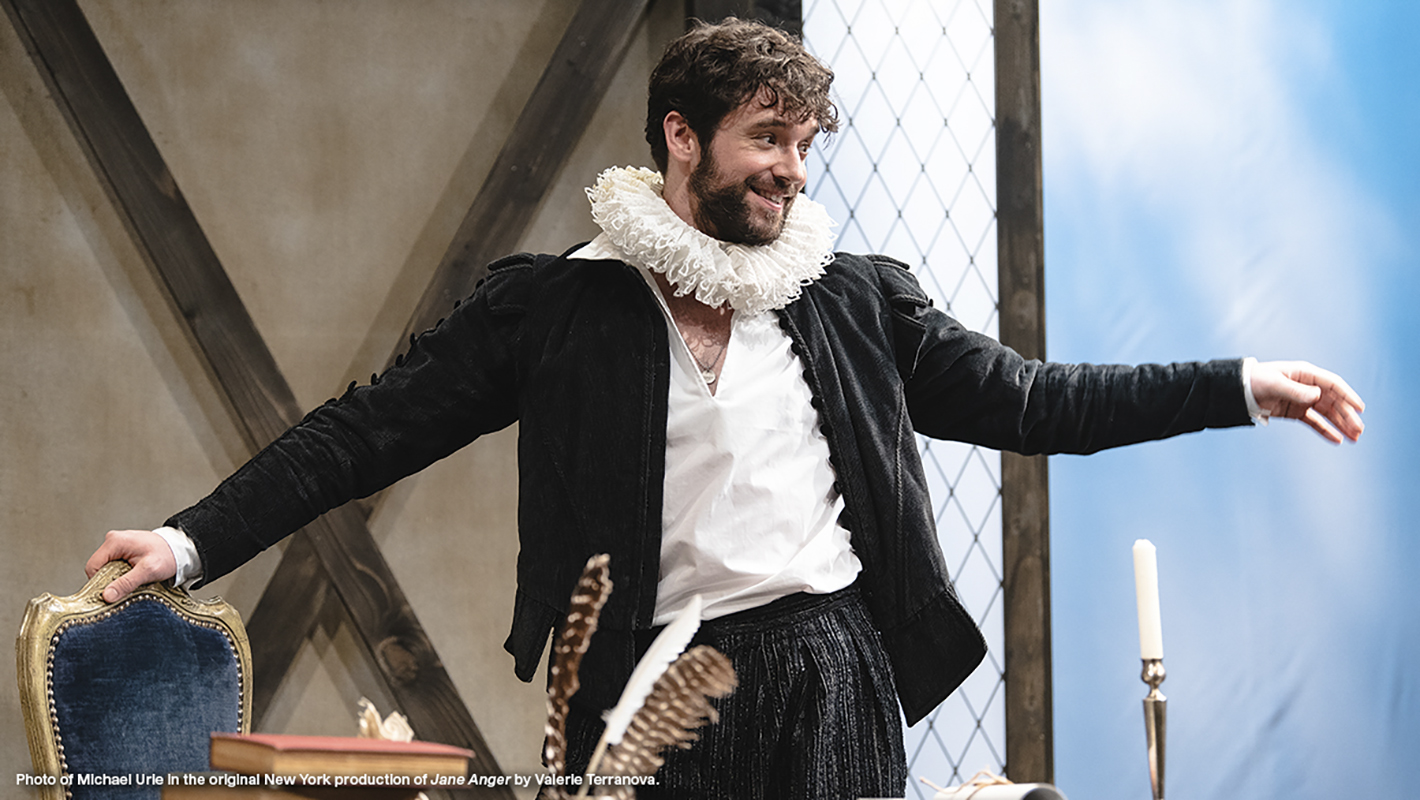