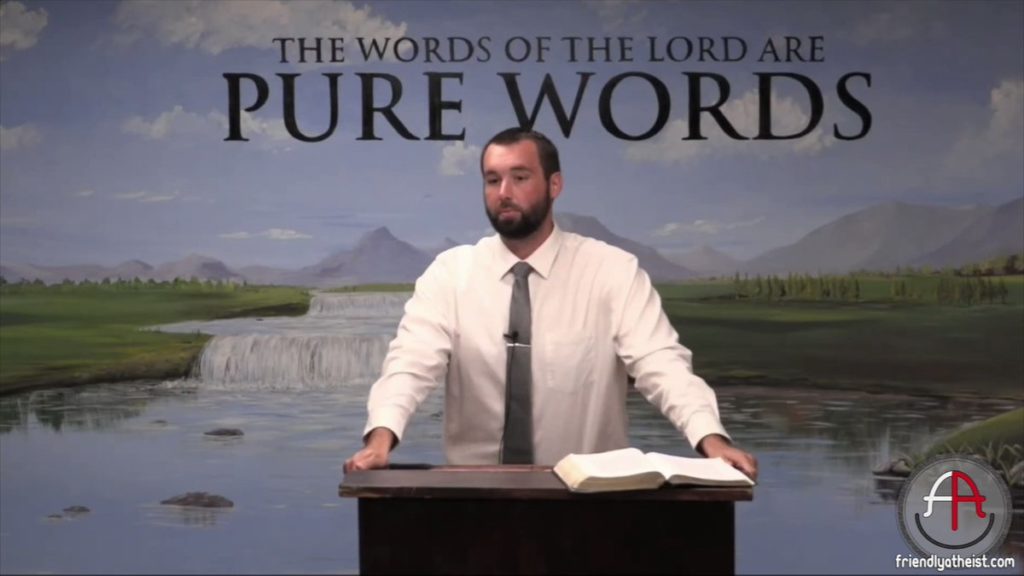 “People want to get so riled up, yeah, f*gs are [an] abomination, God hates them,” Urbanek said. “Well, didn’t it just say if you’re a crossdresser, you’re an abomination too?”

Urbanek’s speech took an odd turn as he explained what he would do if he were “caught” in a dress.

“If I was caught wearing a dress and that was online, I would do everything in my power to get rid of that picture,” he said. “Like, man, I gotta find the owner of it and persuade him. I gotta pay him off. Like, man, please delete that picture.”

He then hurried to reassure listeners that no such picture exists, because he said he has never worn a dress. Women, he claimed, should adhere to the same standard, trying to “get rid of any evidence” if they used to wear pants.

Urbanek continued reinforcing sexist gender norms as he argued that men should be able to replace their wives’ wardrobes.

“Clothing in America is so cheap, there’s really not an excuse for changing out bad clothing,” he said. “If it is, you know, the man needs to go out and work harder so he can get his wife some decent clothes.”

This is far from the first time clergy at Stedfast Baptist Church made homophobic, sexist, transphobic, or otherwise discriminatory remarks.

In a June sermon, Pastor Dillon Awes said he thought gay people should be “shot in the back of the head,” according to NBC News. In May, Pastor Jonathan Shelley railed against Pride Month at a city council meeting.

Earlier this year, Stedfast Baptist Church was evicted from its Hurst location after a judge ruled it violated the terms of its lease by making threats and causing dangerous nuisances, according to the Fort Worth Star-Telegram.

The church is now based in Watauga, Texas. Following Awes’ call for the execution of gay people, NBC 5 Dallas-Fort Worth reported members of the community asked for Stedfast Baptist to be evicted again.