A gay couple who’d been rejected over 30 times when seeking out a church to perform their wedding ceremony finally got married in East London.

Shane Yerrell, 39, and David Sparrey, 30, told Yahoo News they’d always wanted a church wedding. Both are Christian. But they said they were refused by 31 different venues before they found one that would perform marriage rites for a same-sex couple.

“When we met Tessa she said, ‘I can see you love each other, love is love.’ It was the most amazing feeling. She said, ‘Everyone deserves to marry the person they love’ — and she’s right,” Yerrell said.

The couple married on Oct. 21 in the Wanstead church, with over 100 guests joining them for the ceremony.

The two men had gotten engaged in June and planned their wedding for 2024, but moved up the date because of an illness, according to MyLondon.

“One of the things we were really set on was being married in a church — it was top of our priority list. Why shouldn’t we be able to get married in church just because we’re a same-sex couple?” said Yerrell.

By the time he had contacted Wanstead, though, Yerrell said he was almost ready to give up on the couple’s dream of a religious marriage ceremony.

“I almost forgot about Wanstead,” he said. “They were [the] last ones I rang and I was expecting the same reply from them. I was considering going back to the drawing board and was thinking that a church wasn’t going to be willing to … marry us.”

Wanstead had only just began officiating same-sex marriages after members of the congregation voted in support of allowing the practice. Both Yerrell and Sparrey expressed their gratitude toward the community and toward Henry-Robinson in particular.

“I would love to see more same-sex marriages in churches,” Yerrell said. “I never expected we’d be able to get married in a church but I also never expected that ringing around and asking different churches would be so tough.”

Same sex marriage was legalized in the United Kingdom in 2013. However, the Church of England doesn’t allow its ministers to officiate such weddings.

“Church of England ministers can not carry out or bless same-sex marriages, but your local church is still there for you,” reads the denomination’s website. “At any time you are welcome to come and pray with us, or ask us to pray for you.” 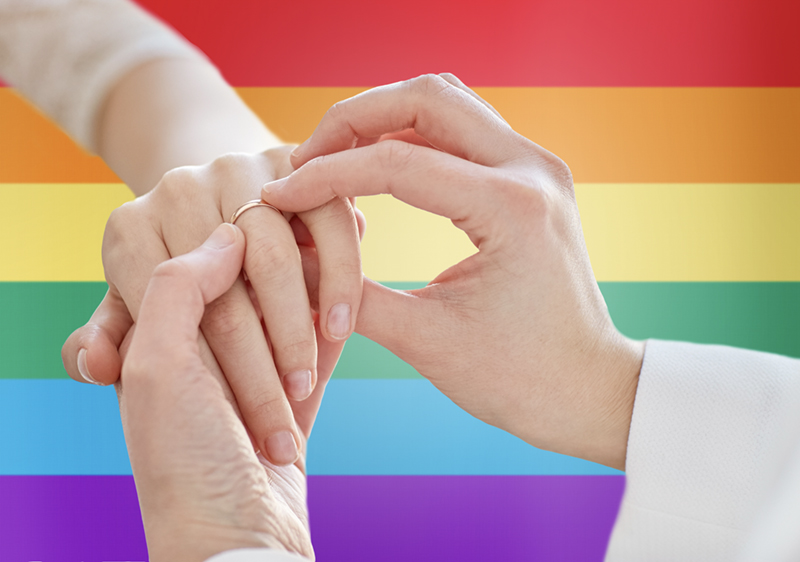