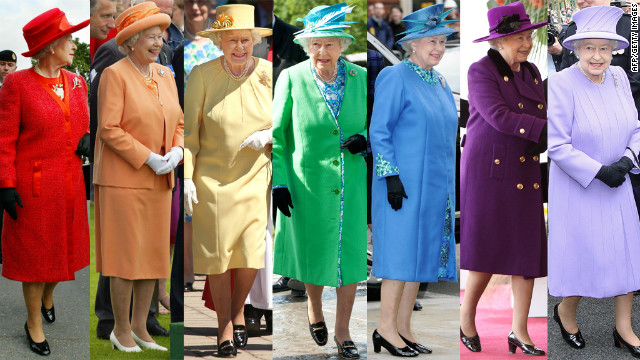 History was made at 15:06 GMT today, as Queen Elizabeth gave royal assent to the Marriage (Same Sex Couples) Act, legalizing same-sex marriage in England and Wales. Now official law, the first marriages are expected to take place by summer 2014 at the latest, according to the government.

This comes following months of debate, amendments, rounds of voting and attempts to derail the act by marriage-equality opponents in the U.K. Parliament. Prime Minister David Cameron, of the U.K.’s Conservative Party, gave his party members a free vote on the act — so divisive was the issue among more traditional and religious politicians within the party. Amendments intended to delay the passing of the act were being tabled as late as yesterday, with Member of Parliament David Burrowes being accused of deliberately trying to stall procedures with his proposed amendment. Pro-equal-marriage MPs responded by filibustering, extending their speeches so as to use up the Parliament’s time and negate Mr. Burrowes’s amendment.

Bills in the U.K. Parliament must go through several stages in order to become law. They are first debated in the House of Commons, comprising elected Members of Parliament, and then voted upon. If they are successful, they enter the House of Lords – equivalent to the U.S. Senate in seniority – which is comprised of appointed members. They are life and hereditary peers – those who have inherited a peerage or have been granted one by royal approval. The House of Lords vetos and amends bills, before voting on them. They then return to the House of Commons to be debated and voted and, if successful, are then passed on for royal assent. Queen Elizabeth is the head of state for the United Kingdom, with the prime minister the head of Parliament – the president has both roles in the U.S. As such, the queen must sign a bill before it can legally become an act – an antiquated reminder of the U.K.’s constitutional monarchy system of government.

However, civil marriage is a power devolved to both Scotland and Northern Ireland – which, together with England and Wales – comprise the United Kingdom. These two each have devolved bodies of government with limited power-making abilities, much like individual U.S. states, and as such today’s act only impacts England and Wales. Scotland’s Equality Network has called upon the Scottish government to follow suit and pass same-sex marriage in the country, with the Marriage and Civil Partnership (Scotland) Bill currently being debated in the Scottish Parliament and a vote expected to take place in November. It is expected to pass, with majority support both within the Parliament and among Scottish people as a whole.

Following the bill’s passage into law, Prime Minister David Cameron tweeted, “After a long parliamentary process gay marriage became law tonight – something I believe we can be proud of as a country.” He wrote last month that by passing the bill, gay youths would “…be able to see that Parliament believes their love is worth the same as anyone else’s love and that we believe in equality. I think this will enable them to stand that bit taller, be that bit more confident and I am proud of that.”

Former Health Minister Edwina Currie tweeted support for the bill, and went on to note that the queen mother, who died in 2002, was a gay-rights advocate. “Queen Mum was always supportive of gay rights,” Currie wrote. “‘lf we didn’t have them as staff, we’d have to go self-service,’ she once said.”

Culture Secretary Maria Miller stated that “marriage is the bedrock of our society and now irrespective of sexuality everyone in British society can make that commitment,” adding, “This is a historic moment that will resonate in many people’s lives. I am proud that we have made it happen, and I look forward to the first same sex wedding by next summer.”

Renown political campaigner Peter Tatchell was less enthusiastic, however. Though he supported the bill, he identified six ways in which the bill differentiates from the Marriage Act 1949, which deals with heterosexual marriage. For instance, pension inheritance rights are fewer for same-sex couples, with the surviving partner not entitled to the full value of a pension if it began before 1988. The Church of England and Wales is banned from performing same-sex marriages, even if the church ultimately voted in favor of same-sex marriage. Existing grounds for marriage annulment — adultery and non-consummation — do not apply for same-sex marriages.

However, he did say in a release following the signing, “Ending the ban on same-sex couples getting married overturns the last major legal discrimination against lesbian, gay, bisexual and transgender (LGBT) people in Britain. It is of huge symbolic importance; signalling that same-sex love has social recognition, public acceptance and legal parity.”